Indian media is well known for sensationalising issues. To attract more eyeballs, media organisations exaggerate everything and make sensational headlines. The print medium appears relatively promising but few websites and almost all the television channels are more of Ekta Kapoor serials than being platforms for sensible coverage and informative reporting. The left-liberal media establishment collaborates with the opposition, mainly Congress which has nurtured and nourished it since the days of state monopoly over media, and spreads ruckus. The state monopoly over media ended in last the few decades but the subservience of left-liberal media to Congress remains the same. The people in the media still pursue fear and rumor-mongering on the direction of their political masters.

Petrol and diesel prices have reached to their lowest levels in this very financial year but the left-liberal media can be seen nowhere filing a report on this. The prices moved southward by 8 percent in last 30 days due to substantial reduction in crude oil prices. Today, the petrol price has gone down to as low as 73.57 rupees per litre while diesel is available at 68.49 rupees per litre. The prices are declining due to a slide in crude oil prices in the international market. To bring down the price to a further extent, the central government has reduced the excise duty and taxes were also cut by several state governments. 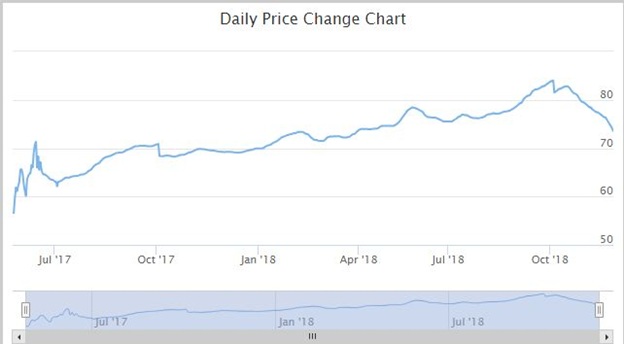 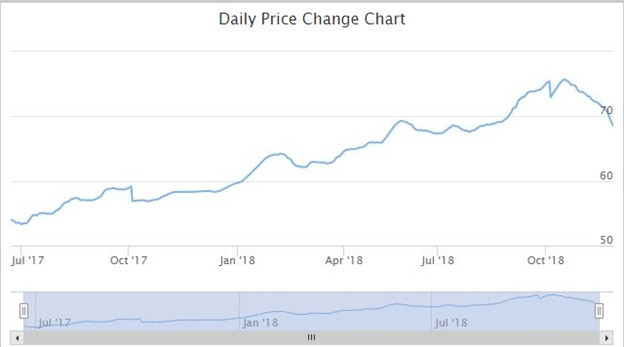 The media sensationalized the issue of price hike and hyped it out of proportion. The worst thing was that there have been no reports addressing the question of how the global factors contribute to the price rise in domestic markets and which the government has no control of. The disdain of Lutyens’ media towards the Modi government is very much visible from the overall reporting on the oil price issue. The short-sighted and ideologically polarized anchors and journalists, particularly, in English media reported the rise in petrol prices in a way as if the macroeconomic condition of the country had deteriorated to an unimaginable extent and the biggest problem that the people ever face in a country is the rise in petrol prices. Indian media exaggerates every issue and the TV shows lack mature content. The Prime Time shows on TV give a sense that the world will fall apart on just the other day. The media needs to behave more responsibly and should have the national interest in the top of their priority list.