The futility of the anti Hindu campaign on Diwali

The festival of Diwali was celebrated with full pomp and gaiety throughout the Indian peninsula. The mood was already set for a festive season with the grand Diwali celebrations at Ayodhya, as the South Korean President’s wife visited the holy city, decorated by a world record 350000+ diyas.

However, what surprised many and infuriated a select few was the defiance of an order, which was apparently instituted in order to submit them to an arbitrary order, that reeks more of the contempt towards the Sanatan community rather than a genuine concern for the environment.

Recently the Supreme Court of India, instead of an outright ban, imposed a conditional restriction on the bursting of firecrackers. However, the ulterior motive to defame and insult the Sanatan community was hidden from none. The moment the Court issued the directive, the usual suspects from the left liberals swooped down on the Sanatanis, writing provocative articles and making a scapegoat of the Sanatan community:-

To make matters worse, over-enthusiastic CMs like Arvind Kejriwal and Mamata Banerjee took the order way too seriously, issuing orders to arrest anyone found bursting the firecrackers before Diwali and after the stipulated time. The Bengal government even went to the extent of making bursting crackers at such moments a non-bailable offence.

However, the moment the sun set on the day of Diwali, in a surprise turn of events, the people turned defiant. It started from Coimbatore in Tamil Nadu, where people began bursting firecrackers even before the stipulated time of eight ‘o’ clock.

This was followed by an open defiance of the order throughout India. Delhi, Uttar Pradesh, Haryana almost every state continued bursting crackers without fear, hours after the official time had expired.

Needless to say, this didn’t go down well with the left liberals, who cried hoarsely even before the expiry of the time limit. Nidhi Razdan began the assault with a tweet 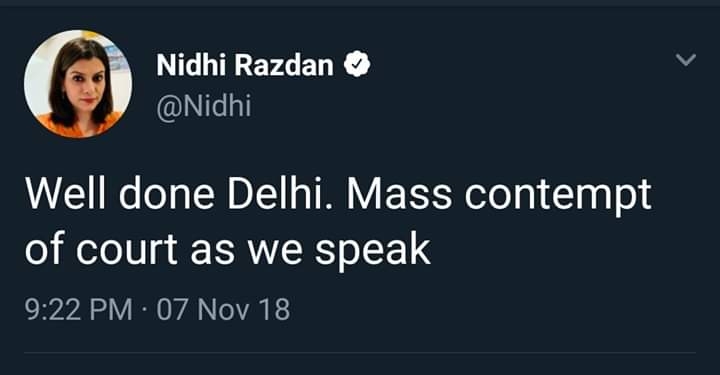 This was followed by tweets of the usual opportunists, who have taken it upon themselves to defame the Sanatan community by hook or by crook:-

#TakeMyBreathAway : Delhi this song goes out for you tonight. Hope you're happy choking in this smog.

In another tweet, Republic TV Journalist Deepti Sachdeva showed the fireworks in Delhi and called in a mass contempt of  Court. 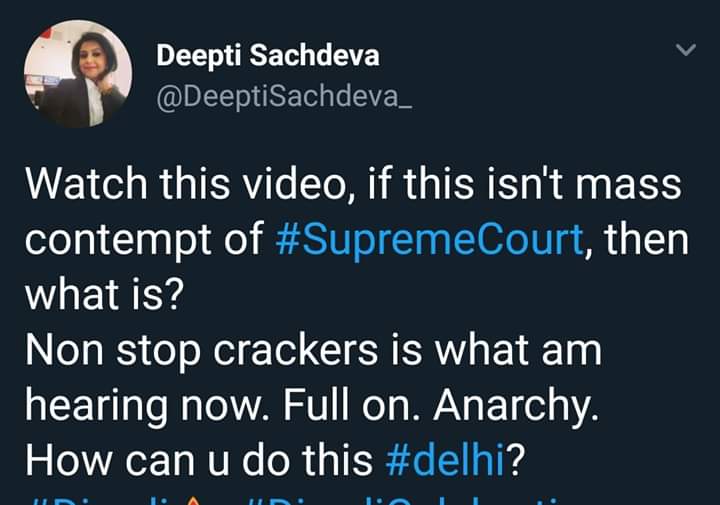 However, a tweet by The Print owner and ex NDTV journalist Shekhar Gupta surprised one and all. 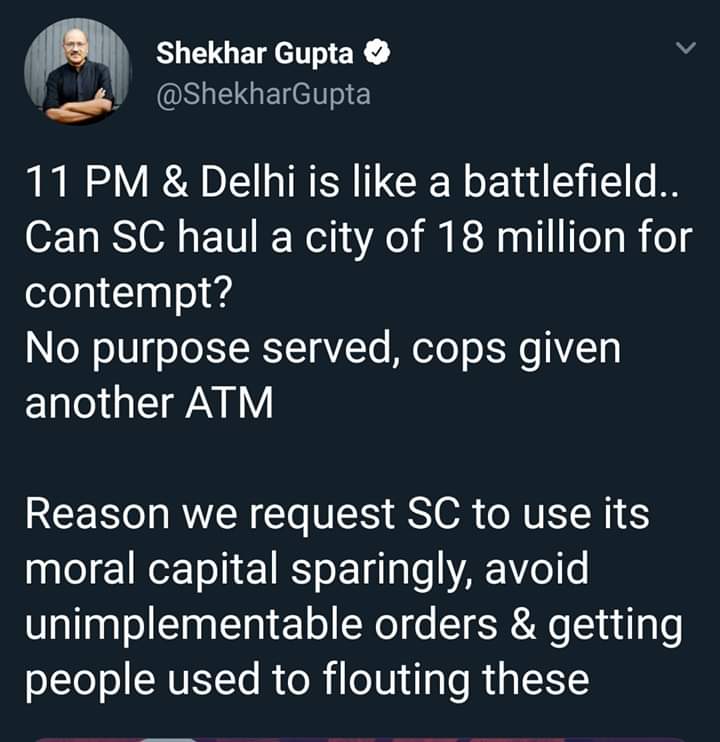 Shekhar Gupta wasn’t wrong either. There is no use of an order, however well-intentioned it might be if it can be defied and broken at will. Moreover, the defiance of the order only sends a clear message to the vicious left liberals, the festivals of Sanatanis are not to be taken for granted, nor should the left liberals be under the impression that they can get away with mocking our customs every single time. Fun fact, despite the brouhaha, the air quality of Delhi NCR hardly saw a drastic change at all.

By openly defying the order, the Indians, especially the Sanatanis have sent a strong message, that their customs, if harmless to others, must not be messed with.

Indian nuclear doctrine under PM Modi: A gradual move away from defensive ‘No First Use’