If the situation does not improve, this might be Pakistan’s last independence day

Today the failed nation of Pakistan will complete 71 years of its creation. The journey of nations and their histories are written with a period gap of hundreds of years between the empires, rulers, and dynasties.  But this could not be true for Pakistan because its history goes back to only 71 years which is a very short time span for a nation’s history. However, even in these 71 years, the country does have a stable political regime and the power kept oscillating between the army and civilian political establishment. Here are some socio-economic indicators for the country to analyze how they have performed in the last seven decades.

For a comparative analysis of of Pakistan’s status  we have compared it with Brazil because its population size compares to that of the Islamic nation.

After 71 years of independence the per capita income of Pakistan is 1,641 dollars while that of Brazil is 9,895 dollar. The total GDP of Brazil at market rates is 2.054 trillion in comparison to 313.13 billion of Pakistan. As the new prime minister takes charge, the economy and public finance of Pakistan is in shambles. The central bank of the country has 10 billion dollars foreign exchange reserve with which imports of only two months could be supported. For the last four years, the imports of the country have far exceeded the exports and this resulted in the Balance of Payments (BoP) crisis. The reason behind the exponential growth in imports is the China Pakistan Economic Corridor (CPEC). Now it is left with going to IMF for loans or to China for support, the IMF is not likely to provide loans due to opposition from member countries like the United States. So now the all-weather friend China is the lender of last resort for them. 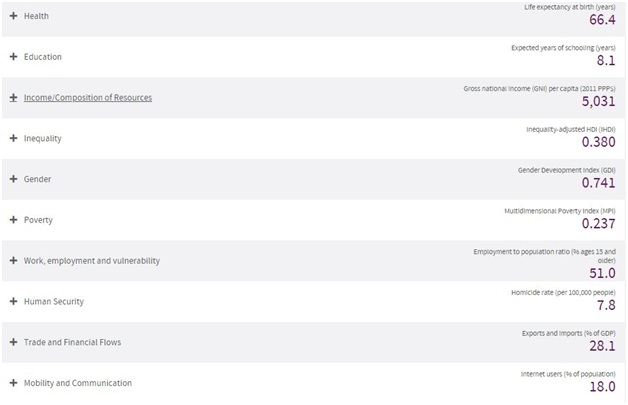 (The indicators of Pakistan)

The educational achievement of the people of Pakistan is among lowest with expected years of schooling being as low as 8.1 years while it is 15.2 for Brazil, almost double. Thousands of uneducated kids join militancy every year due to lack of education and independent critical thinking. The life expectancy at birth is 66.4 years with thousands of people dying of malaria, TB, and lack of immunization every year. The infant mortality rate of Pakistan is 65.8 for per thousand births in comparison to 14.6 for Brazil. The country spends only 0.9 percent of its GDP on public health while Brazil spends 3.8 percent for the same. 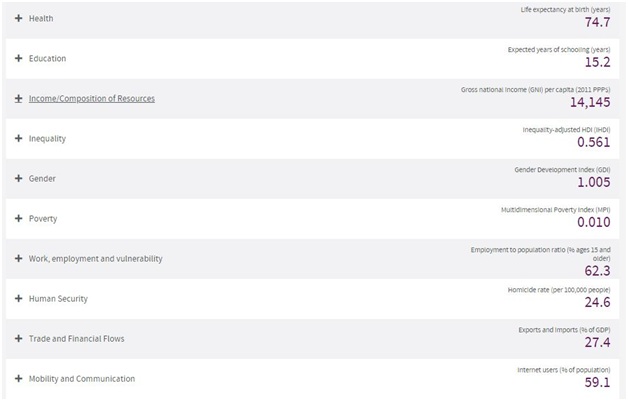 (The indicator of Brazil)

A large percentage of Pakistani population is poor due to low economic growth and government’s inability to provide basic goods to the people of the country. The percentage of people living in multidimensional poverty in Pak is 45.6 percent while for Brazil it is only 2.4 percent.  The Gender Development Index (GDI) which takes into account things like the female literacy rate, their participation in the workforce, the number of female legislators is dismal in Pakistan. The GDI is 0.741 for Pakistan while 1.005 for Brazil. Pakistan has very high inequality in education, income, the life expectancy which brings the inequality-adjusted Human Development Index (HDI) of the country to 0.380 while the same for Brazil is 0.561, so the country is very poor and even after that there is very high inequality among citizens.

In the last seven decades, Pakistani leaders made tremendous achievements in the field of state-sponsored terrorism, malnutrition, poverty, corruption, Islamization and progressed rapidly towards a failed state. Their leaders failed the people of the country and now the country has only two options left. The first is to go bankrupt and the other is to become a colony of China. Now it will be interesting to see which path Imran Khan chooses.

12 Pakistani Hindus have been arrested in Rajasthan, on the charges of flouting visa rules