Newswire
Dow jumps nearly 700 points after US extends social distancing policies 2 hours ago
US has over 160,000 COVID-19 cases 2 hours ago
Here’s how Sourabh Raaj Jain is utilising lockdown period 2 hours ago
Shama Sikander takes up vegan diet, ayurveda 2 hours ago
Doordarshan set to bring back Golden Era of television 4 hours ago
COVID-19 cases in Italy exceed 100,000; over 11,000 deaths 5 hours ago
Next
Prev

5 Movies of 2017 that Restored our faith in Bollywood

2017 was a certified disaster for one of the most high profile filmmaking industries in the world i.e. Bollywood. Call it a stroke of bad luck, or attribute it to the growing sensibility of the Indian audience, most of the big budget productions failed to make any mark, be it Salman Khan’s ‘Tubelight’, or Shah Rukh Khan’s forgettable ‘Jab Harry Met Sejal’, or even that horror of a movie, named ‘Half Girlfriend’ as the list goes on. Even Bollywood’s tried and tested method of glorifying criminals as larger than life anti heroes failed miserably at the box office, with not one of these movies even managing to recover their costs, with the exception of Raees, which barely managed to cross 200 crores at the box office.

However, 2017 wasn’t a complete nightmare, for there were some movies that hit the silver screens, which not only restored our faith in Bollywood, but also set our hopes soaring for the upcoming year, 2018.

Though the number of such movies is a bit long, here are the top 5 movies, which satisfied every movie buff in the best ways possible:- 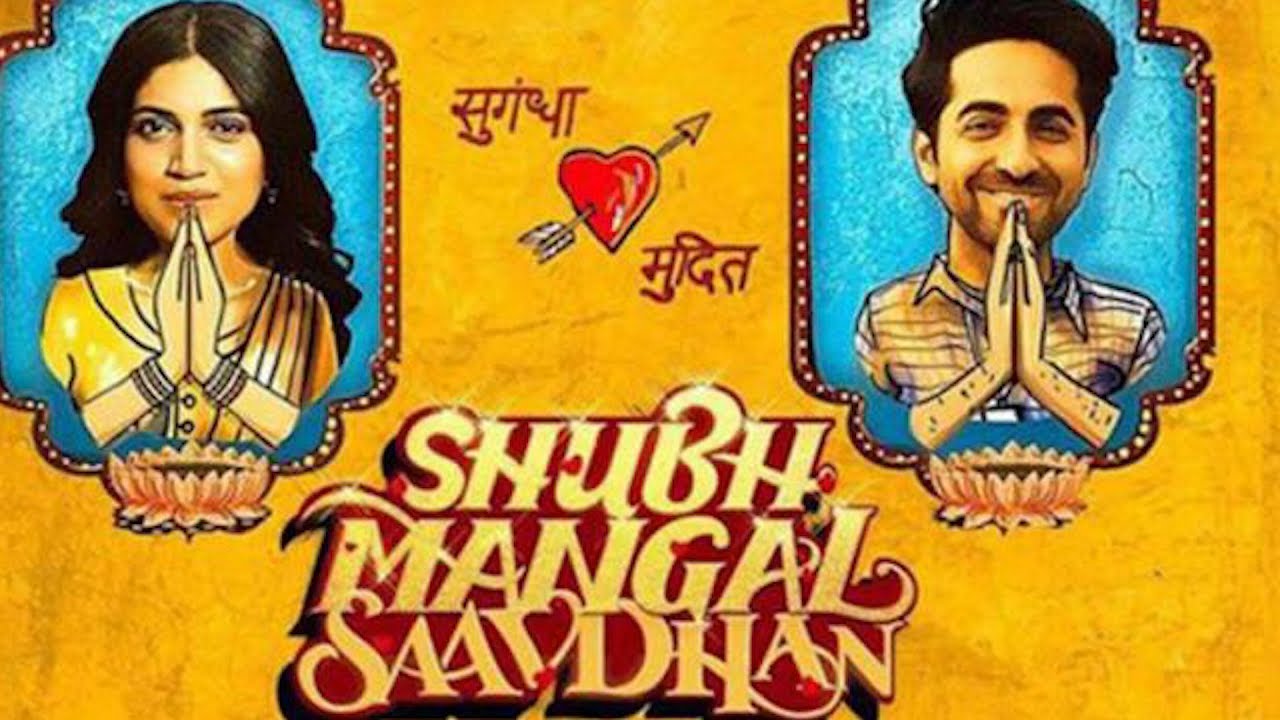 This film is a hilarious take on the rather sensitive issue of erectile dysfunction, a disorder common among the masculine gender. The protagonist of the movie, i.e. Ayushmann Khurrana, suffers from this issue in the movie, and how it affects his scheduled marriage with Sugandha , played by Bhumi Pednekar, as well as his relation with both his in – laws and his own family members, is what the film is centered around. A brilliant script, with no room for vulgarity, given the sensitive issue, Ayushmann shines in this delightful movie, and so does Bhumi Pednekar. After a forgettable outing in ‘Meri Pyaari Bindu’, the actor has certainly salvaged his image with movies like ‘Bareilly ki Barfi’ and ‘Shubh Mangal Savdhaan’. 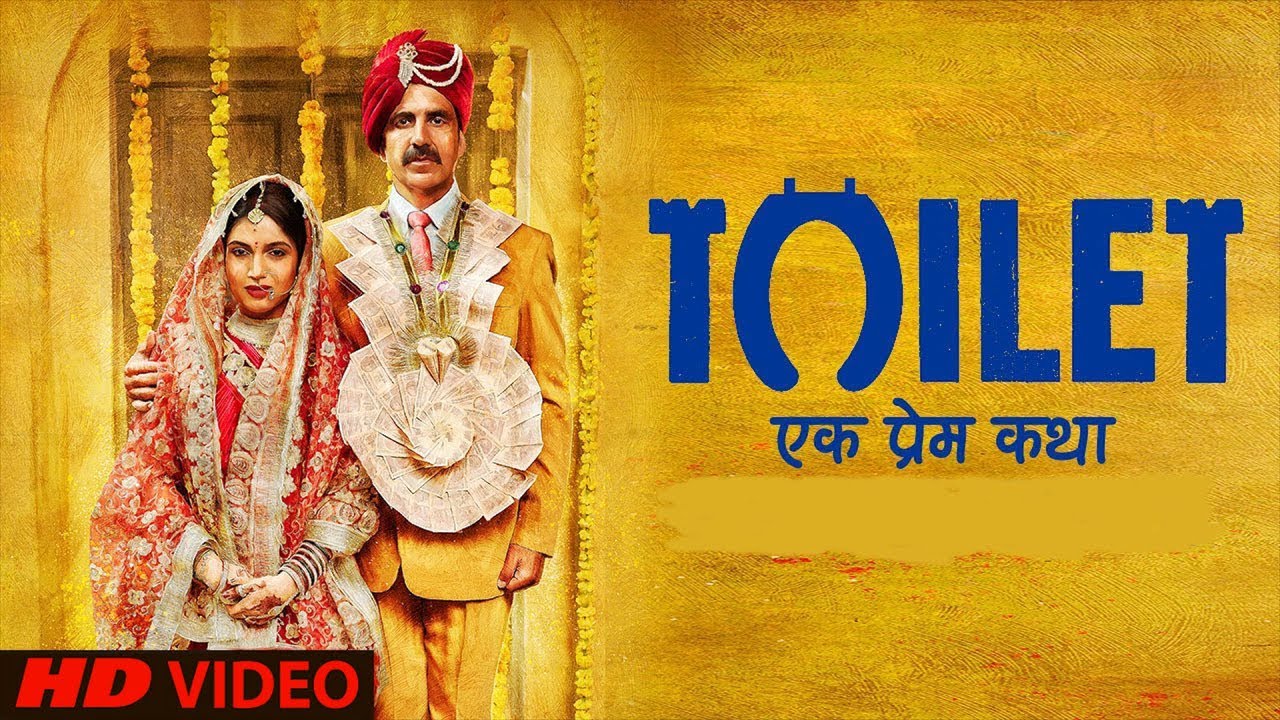 Based on the real life stories of Priyanka Bharti and Anita Narre, who refused to marry their prospective grooms on the account of the absence of toilets in their households, this film with a social message was one of the first blockbusters for the mainstream Bollywood at the box office.  Starring Akshay Kumar and Bhumi Pednekar, this film is about Keshav Sharma, who has to face a case of divorce by his wife Jaya, because there is no toilet in the house, which forces the womenfolk in the household to go out to the fields to relieve themselves. Distraught by her notice, how Keshav breaks the conventions of both his household and the society and builds a toilet for his love is what forms the crux of the film. While there are many moments worth remembering in the film, what impressed as well as ashamed me in the same moment, was a scene, where a drunk Keshav talks to his younger brother Narayan [essayed brilliantly], and says:- ‘Ashiqon ne to aashiqi mein Taj Mahal banwa diya, aur hum ek s****s na banwa sake’ [Lovers created Taj Mahal in their romance, and I couldn’t even make a toilet for her] 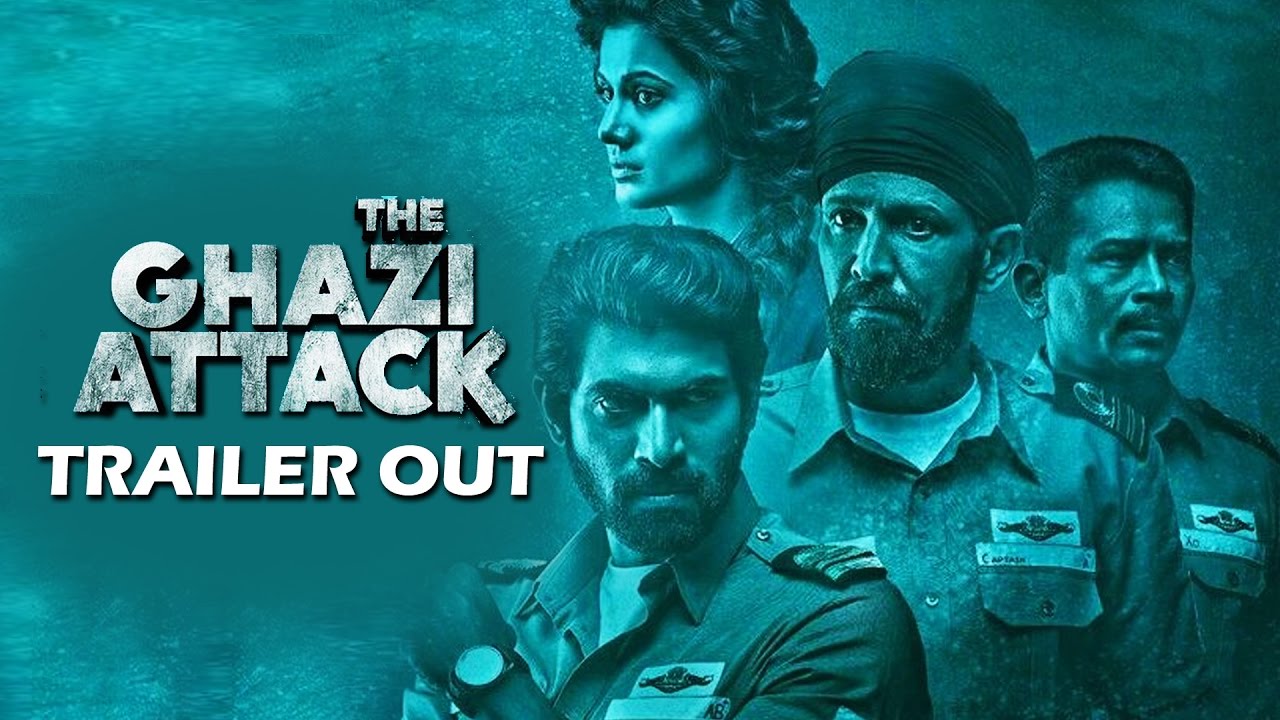 Starring the likes of Rana Daggubati, Kay Kay Menon and Atul Kulkarni in the lead roles, this underwater action film, directed by debutante Sankalp Reddy was based on the classified mission that resulted in the sinking of PNS Ghazi, a huge threat to India’s naval strength before the 1971 Indo Pak War. The first sleeper hit of the year, ‘The Ghazi Attack’ is one of those rare thrillers that keep you on the edge throughout the time the movie is running on screen. With elements like team spirit, courage and patriotism in just the right degree, ‘The Ghazi Attack’ is one of the best war films that has been made in India, and is next only to the likes of the epic ‘Border’. One of the most memorable dialogues of the movie is essayed by Kay Kay Menon, who says ‘Jung shaheed ho kar nahin, dushman ko shaheed karke jeeti jaati hai!’[A war is not won by being martyred; it is won by making the enemy a martyr] 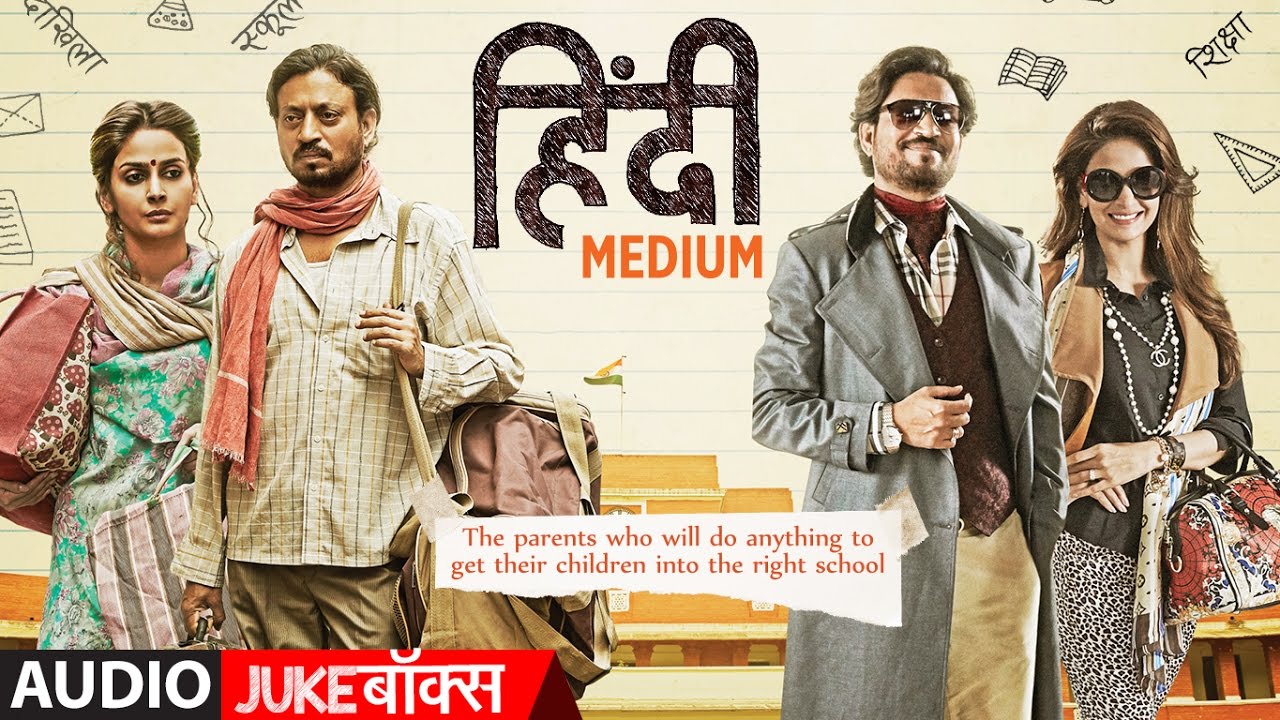 The only thing that took the sheen of this wonderful classic was the nationality of the actress, Saba Qamar. Directed by Saket Chaudhary, this is a hilarious, as well as a hard hitting take on the current education system and its flaws, which force a well off businessman like Raj Batra, played brilliantly as usual by Irrfan Khan, and his wife Meeta [played by Saba] to don the disguise of lower middle class parents living in the shams of Delhi, just so that their daughter Pia is enrolled in a good, English medium school. Ably supported by the brilliance of actor Deepak Dobriyal, who essays the role of the good Samaritan Shyam Prakash, Hindi Medium is a film that would change you for life, and force you to think if we’re indirectly making the English language a green card for a good life in the Indian society. In a year, when big budget romances bit the dust, Hindi Medium was the first movie to set the cash registers ringing, turning out to be a sleeper hit for the first half of 2017, much before ‘Toilet : Ek Prem Katha’ saved some face in August, 2017. 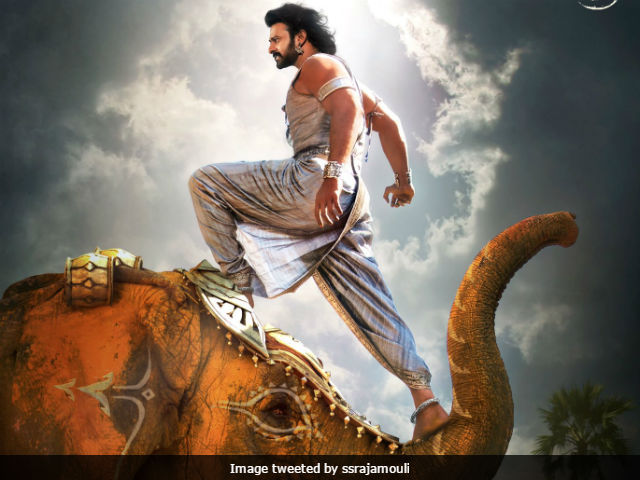 Even though this mega classic was made primarily in Telugu, and later dubbed in Tamil, Hindi etc., this film broke all known records that existed in the history of Indian cinema. Starring Prabhas in the lead role of the glorious warrior Amarendra Baahubali, as well as his son Mahendra aka Shivudu, this film hit all the right notes, from a brilliant script, to beautiful songs, to power packed performances. For the first time in the history of Indian cinema, an Indian film was compared at par with international classics in terms of both special effects and the content, apart from relieving audiences of the epic riddle: why did Kattappa kill Baahubali?

The film also broke the traditional conventions of portraying women as mere damsels in distress, with memorable performances from both Anushka Shetty, who played the role of the warrior queen Devasena, and Ramya Krishnan, who essayed the role of Mahishmati regent, Sivagami with elan. Rana Daggubati, who had earlier impressed the Hindi audiences with his role of Lt. Commander Arjun Verma in ‘The Ghazi Attack’, once again mesmerized them with his negative portrayal of Bhallaladeva, the jealous stepbrother of Baahubali, who lusts for Devasena. All in all, this is one movie which you should’ve never missed, not even in your wildest dreams.

Though compiling this list was a bit tough, owing to the abundance of such films, there are a few films that deserve an honorary mention, like the following:-

–> Jolly LLB 2, where Akshay Kumar brilliantly essays the role of Jagdish Tyagi, a bumbling advocate, who gets a chance at redemption when he takes up the case of Iqbal Siddiqui, wrongly murdered on the pretext of a police encounter by rogue Inspector Suryaveer Singh

–> Bareilly Ki Barfi, where Kriti Sanon surprised us all with her acting skills, and had a tough competitor in Rajkummar Rao in terms of acting 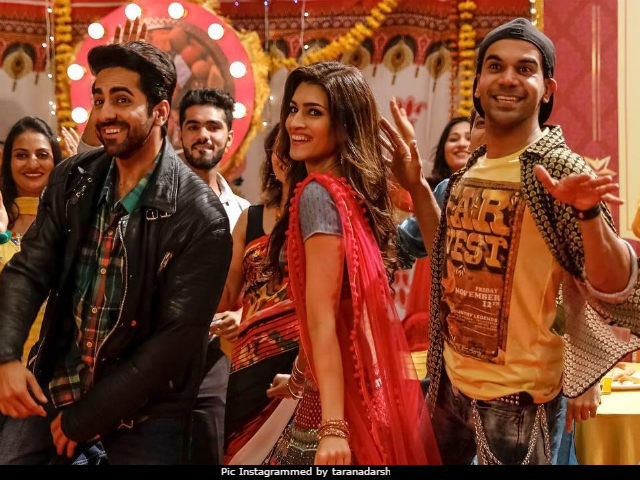 –> Newton, where Rajkummar Rao once again displayed his brilliance in acting as an idealist electioneering official Newton Kumar

–> Poorna: Courage Has NO Limit, which brilliantly essayed the journey of Malavath Poorna, who became the youngest woman ever to climb Mt. Everest.

We hope the upcoming year 2018 has some brilliant surprises in store for us, and the big players in Bollywood learn a thing or two from their content oriented counterparts.

By Voting against Israel, Government of India has invited Backlash

2017: A Golden Year for Indian Economy