by Marmik Shah
in Cinema
0

“I would like to congratulate your government on its role in your country’s successful hosting of the FIFA U-17 World Cup India 2017 and express my gratitude towards the Local Organising Committee, to your government. and to all those who worked so hard to organise this competition in the host cities of New Delhi, Navi Mumbai, Goa, Kochi, Guwahati, and Kolkata. They all contributed immensely to a wonderful and memorable event.” – FIFA president Gianni Infantino.

The above is an excerpt from the letter penned by FIFA president Gianni Infantino lavishing praise on India and thanking PM Modi for the successful hosting of the FIFA U-17 World Cup held recently in the country.

From the shambolic organisation of the 2010 Common Wealth games held in New Delhi where the organisers probably made more money than the whole budget of the Common Wealth games to have successfully hosted the U-17 FIFA World Cup in 2017, India has come a long way..

And it certainly is a proud moment for all the citizens of India, when the president of the apex footballing federation (FIFA) himself says that “India is a football country now”. It takes a lot of hard work to host a tournament at the global level and to have yourself being praised by the people in-charge of the biggest sport in the world is no mean feat.

This was the 1st time ever that India hosted a FIFA tournament at any level and the goodwill it generated for itself because of its wonderful organisation, has set into motion a momentum for India to establish itself as a major footballing destination in the years to come. Breaking the record for the most widely watched and attended U-17 tournament in the history of FIFA [2], all the matches recorded an average attendance of 26,000 (52 matches between 24 teams). The final between England and Spain (which England won 5-2) recording more than 66,684 people at the Salt Lake Stadium, Kolkata, The U-17 World Cup broke the record for not only being the most widely watched U-17 final but also surpassed the record attendance of 1,309,929 recorded in Columbia in 2011.

The state that stood out:

Out of the 21 men contingent announced for the tournament, a total of 8 of these young men hailed from the tiny state of Manipur. This in-itself is proof of the fact that the north-eastern states of India have raw potential waiting to be utilised and exploited. CM Biren Singh, who himself represented the state during his hay-days was ecstatic to hear that while the population of Manipur was only 0.24% of India, majority of the contingent was represented by the boys from the state.

Young boys like Dhiraj Singh Moirangthem, Jaekson Singh (the only scorer for India’s solo goal against Columbia) or Komal Thatal (from Sikkim) became overnight superstars for their gritty performances which were watched by crores of Indians in awe and anticipation. 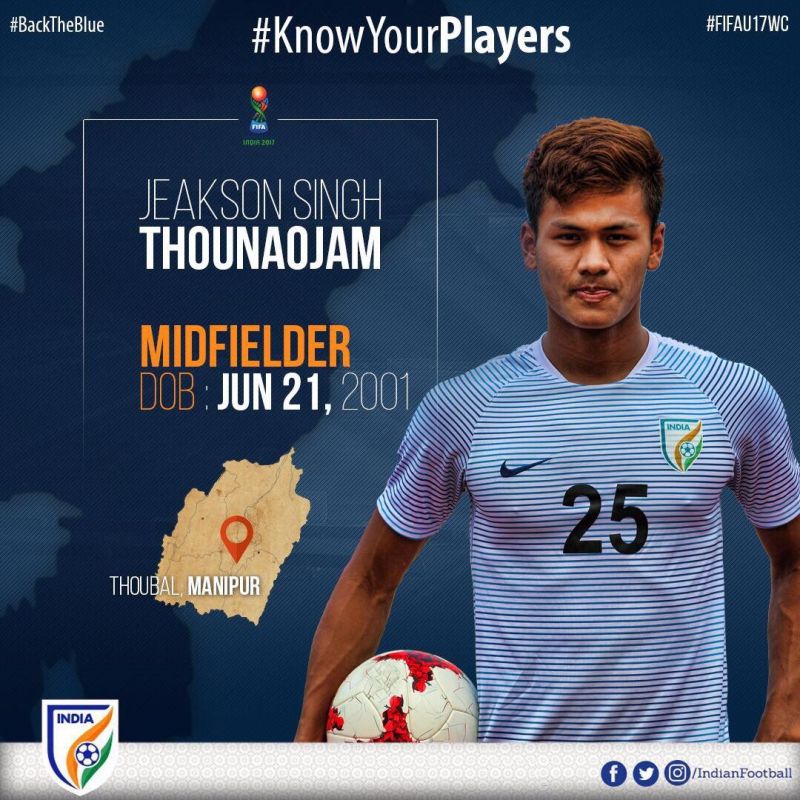 And although India couldn’t manage to book a place for themselves in the last 16 teams, an overall show of organisational strength, widespread coverage of all the games around the globe has finally put India as a hot destination for budding superstars.

PM Modi too spared time from his busy schedule to personally meet all the stars of the U-17 Competition. The PM during his meeting with the young stars told them that, “I personally requested for this meeting as I saw some spark in all of you. Based on your performance people have started knowing you so there is a huge responsibility on your shoulder.” Such positive words of encouragement coming from the Prime Minister is a dream come true for which every athlete works hard day and night slogging his socks off. 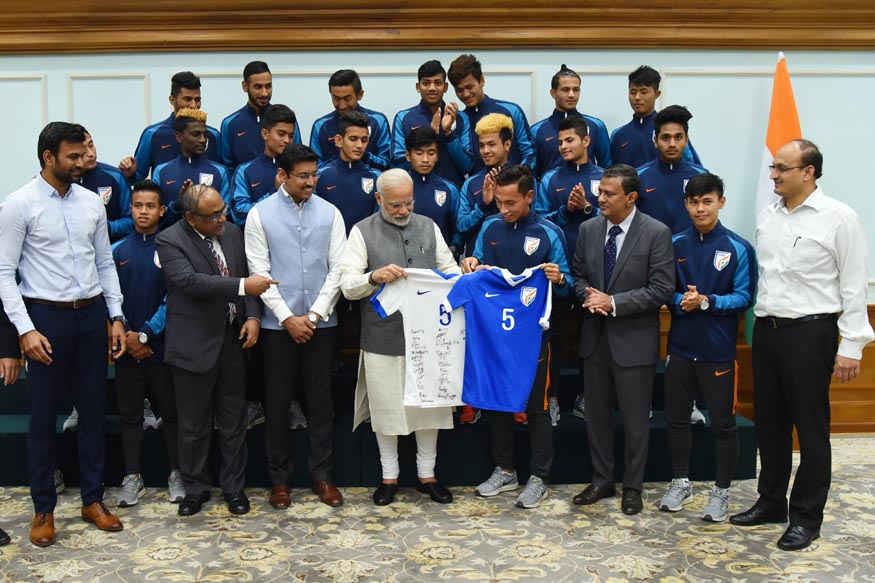 Comparing the event with the previous events hosted by India:

After the embarrassment suffered by India because of the scams and the haphazard last minute organisation in 2010 for the Common Wealth games, the world was watching India with a lot of hesitation. The hesitation stemmed from our previous gaffe at organising a global event seamlessly. But unlike the previous occasions, there was an air of optimism and excitement in the country. The organisers were determined to ensure that unlike their predecessors this event gets remembered by the world community for all the right reasons.

This was the 2nd big event organised in India after the Kabaddi world cup held in 2016, and just like the Kabaddi World Cup, the U-17 World cup was organised and successfully hosted by India, which has generated a lot of momentum to harness the growth of the sport in the country. 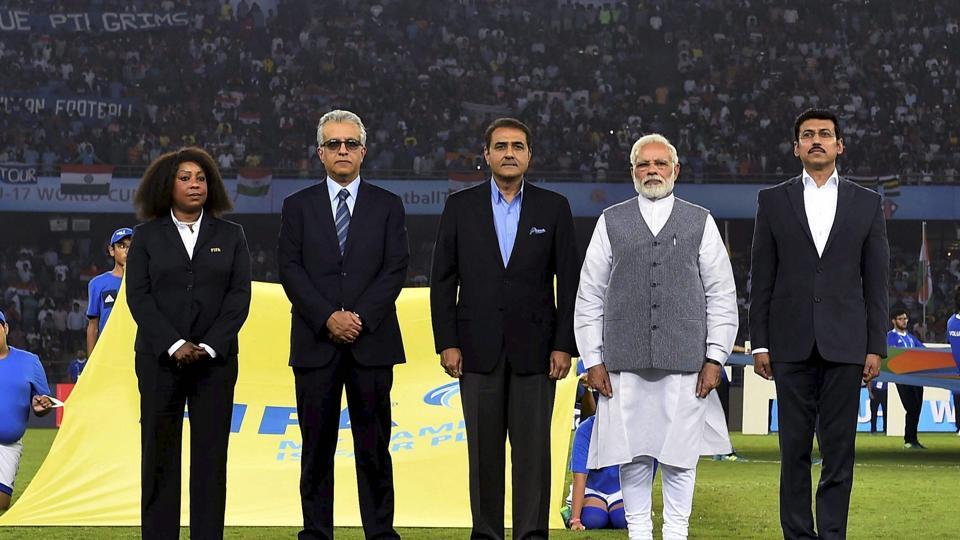 With positive words of encouragement pouring in from all the corners of the globe, not only for the improved game play displayed by the Indian side but also for the wonderful organisation and the world class reception laid down for the guests during the tenor for the games has ensured that the world which until now had looked at India with circumspect now looks at it with hope. With hope that the country of 125 Crore people starts producing world-class footballers who are able and competent to compete at the highest level.

As for Indian footballing legends like Bhaichung Bhutia and Sunil Chettri or for present day stars like Gurpreet Singh Sandhu or Jackichand Singh, this new found momentum brings hope for them that their sacrifice throughout all these years to bring the sport to the forefront has not gone in vain.

As a football buff, I personally wish and pray that Indian players compete at the highest level with other sportsmen and play in the distinguished leagues (i.e. premier league, La Liga, Bundesliga etc). 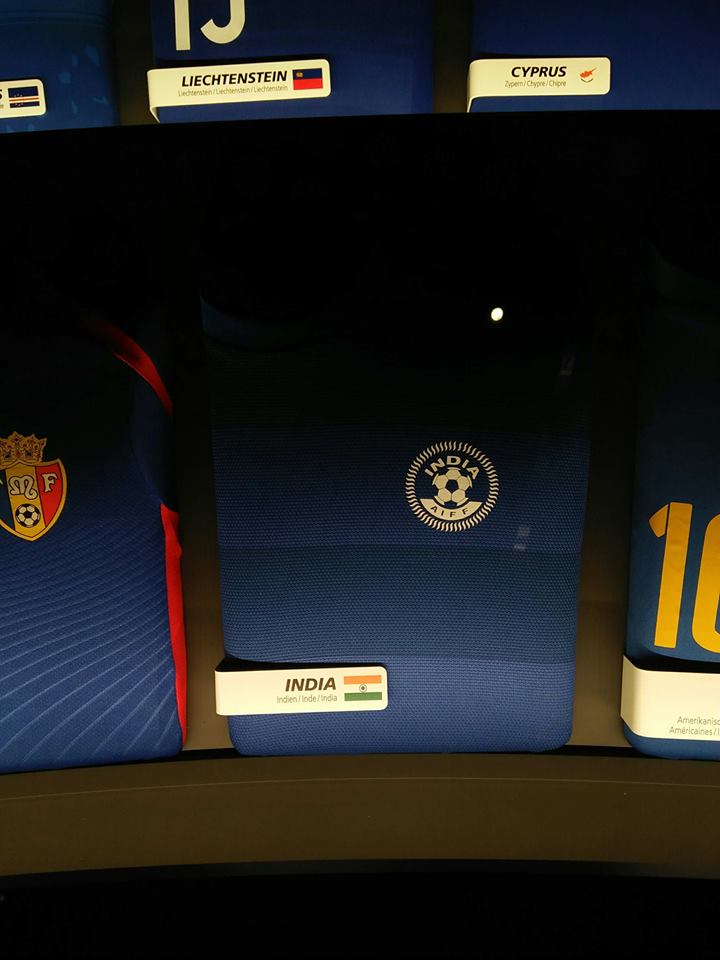