Allopathy vs Integrated Medicine – The need to revisit traditional medicines

Things change slowly over the course of time. This is the basis of human evolution. Evidently, it takes a long time to establish a habit as the part of transferable DNA. This is the reason why any scientific stuff concerning the human body should integrate natural selection in the process. Without fully understanding the way our body adjusts to changes, it is just futile in the long term. Allopathy is also proceeding towards a similar end.

Bacteria are getting deadlier

Instead of curing the diseases on a permanent basis, Allopathy has just helped disease causing organisms to evolve in a more deadly form. There are genuine reasons behind them. Allopathy treats disease and not the person inhabiting them. What I mean by it is that the medicines of modern day are addictive and give instant dopamine. These include most of the medicines for minor ailments like headache, stomach problem, cold and fever among others.

Resultantly, patients only remember the temporary relief and get addicted to them. It is harmful for the patient in two ways. Firstly, it is a lifetime expense from his pocket and secondly the micro bacteria develop immunity to these medicines.

According to the World Bank, failure to invent new antibiotics has the potential to cause a dent as big as 3.8 per cent of global GDP. Interestingly, access to miracles of medical science is also becoming an epidemic in itself. Millions of people have information about a particular medicine, but due to supply chain issues and costs, their near and dear ones die due to lack of it.

Clearly, there are self-contradictory problems miring Allopathy at the current juncture. But there are rays of hope. I used the verb “are” because there are many methods to reverse this. All these methods have been juxtaposed under one umbrella term called ‘Integrated medicine’.

As the name suggests, Integrated medicine aims to assimilate the best practice of historically available medical solutions. So, if Allopathy provides a permanent solution to any problem, integrated medicine practitioners will suggest you only allopathic treatment. Similarly, if Yoga is a solution to back pain, then the practitioner will suggest to you that, instead of asking you to rely on painkillers.

If you have come to believe that Integrated medicine is designed to treat your disease by these examples, then you are wrong. It treats you and not your disease. At the end of the process, you are healed and know much more about your body than ever before.

It does sound miraculous and for some people it may sound supernatural and pseudoscience. But such is the time we live in. We are so misinformed that we have forgotten what a human body is capable of. Integrated medicine only tells us to look inwards. When a patient visits Doctor, he is only treated as a body with such ailment and not as a whole person.

Now, doctors may do it due to time compulsions, but that is how we should treat chimpanzees and not humans. Through the course of evolution, we humans have developed conscience while animals were left behind. Other than bodily needs, we have emotional, mental and spiritual needs as well. This is what Integrated medicine promises to take care of and in fact delivers.

Practitioners of Integrated medicines mostly rely on lifestyle changes, rather than quick fix solutions. They tell you to have a proper sleeping schedule, start your day with meditation, sun time before screen time, Yoga and other minor changes in your daily routine. These suggestions are grounded in hardcore Science. Dr. Kallol Guha explains that throughout our body there are well trained cells to fight harmful bacteria. These cells kill harmful bacteria and entice other cells to eat them. The process is known as autophagy.

Also Read: How Dolo crushed Calpol and Crocin to become the most preferred paracetamol pill 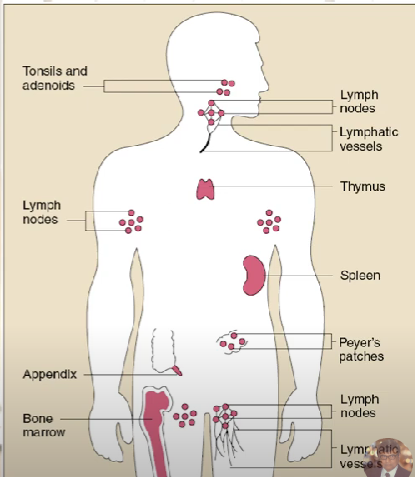 Taking us towards free healthcare

What our excessive consumerist lifestyle has done is create hindrances to carry on these killing of harmful bacteria in a flawless manner. Simply because, we are bombarded with advertisements effectively stopping our bodies from doing it. Advertisers pour billions of dollars to sway us away from using natural food. No matter how much they talk about organic food, our body identifies the difference. Despite that it tries hard to adjust. But there is a limit to it and excesses are being seen in lifestyle related disorders.

EWS Reservation not a contravention of Indra Sawhney vs. Union of India (1992)