CPEC is the first casualty of floods in Pakistan

by Tejasvi Malhotra
in Trending
0

CPEC is an ambitious project of China and Pakistan with an additional intention of hindering India’s sovereignty. Both the countries are trying every bit of trick to fulfill their CPEC dream project. However, troubles continue to mount in Pakistan. And this time climate is the reason. The massive outflow of floods in Pakistan has shattered this dream.

Since June 2022, Pakistan is trying to survive devastating floods. It has killed more than 1,100 people so far, injuring and displacing thousands more. It’s believed to be the world’s deadliest flood since the 2017 South Asian floods and is described as the worst in history of Pakistan.

The unprecedented levels of cloudbursts and uninterrupted rain have caused widespread destruction. It has triggered urban flooding, river floods, hill torrents, and landslides. This has resulted in immense loss of human lives, livelihoods, livestock, and severe damage to property and infrastructure.

Pakistan’s foreign minister had said that 72 districts have been declared “calamity-hit” and over 33 million people have been affected, which is approximately the size of a small country. Additionally, the natural calamity has seriously damaged the country’s critical infrastructure including road, bridge, and rail networks.

Apart from this, the dream projects under the China- Pakistan Economic Corridor (CPEC) which includes power, road, and rail networks are also severely affected. It is imperative to note that a huge part of Pakistan is swept under excessive flooding. It has damaged various power projects, highway routes, and special economic zones, leading to a massive loss in China- Pakistan Economic Corridor (CPEC).

Read more: CPEC was supposed to change the face of Pakistan. Looks like it has changed China’s mind.

Understanding the dying of CPEC

The China Pakistan Economic Corridor was supposed to be a shining jewel that highlighted the success of Xi Jinping’s Belt and Road Initiative. Ever since the project was announced, it has continued to be in the limelight.  Through CPEC, Pakistan was also dreaming of cornering India in the region as the project passed through Pakistan occupied Kashmir (POK) and Balochistan. However, that is now unlikely to happen.

You see, China wants to increase its influence in the Indian Ocean region through CPEC. Pakistan and China have allied with each other to counter India and simultaneously control the increasing dominance in the region. Interestingly, the project was already facing a delay in completion. And on top of it, climate change has pushed the CPEC into ruins.

According to a report released in May 2022, a historical Hassanabad bridge, located along the strategic Karakoram Highway connecting Pakistan and China was destroyed and swept away by forceful tides, after a severe heatwave melted a glacier and released torrents of water into a stream.

Understanding the affected CPEC, it needs to be noted that the corridor draws its way along the lines of Pakistan occupied Kashmir, Punjab, and Balochistan. 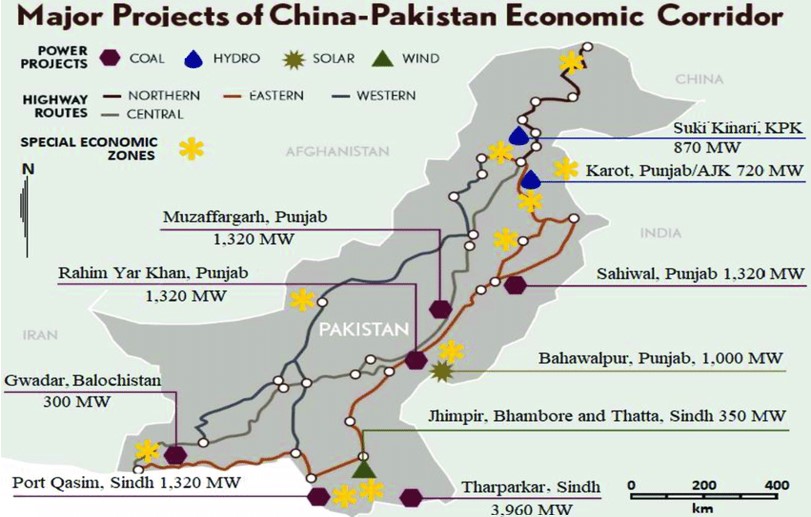 On the other hand, the melting glaciers came down flooding a huge part of Pakistan, causing a severe damage to CPEC projects. Noticeably, the flooded map of Pakistan also shows a parallel drawing along the lines of Punjab, Sindh, Karachi among others. 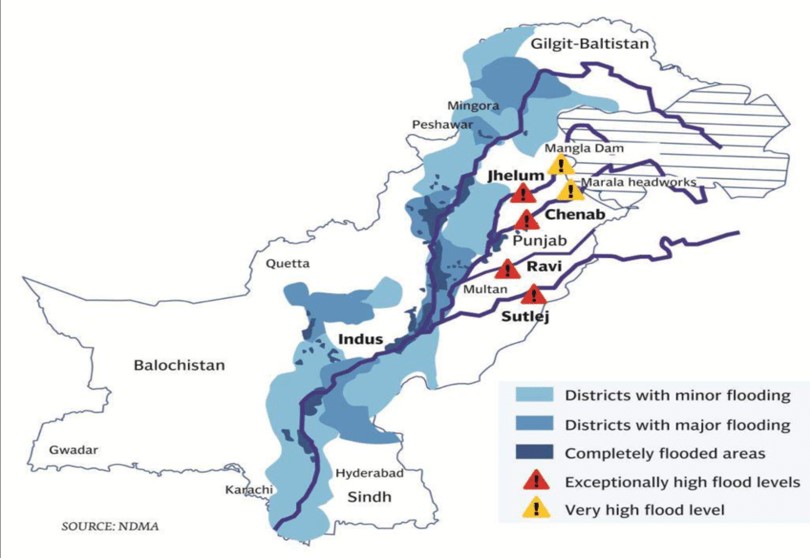 The recent flood in Pakistan is causing a dire impact to the country’s economy and at the same time affecting the infrastructure projects such as the CPEC. Therefore, marking the China Pakistan Economic Corridor as a casualty amid the rising concerns of Pakistan flooding.

India has always been against the CPEC

While the construction of power projects, highway projects and special economic zones in Pakistan has always been a territorial hindrance for India. The latter has constantly raised concerns over the China Pakistan Economic Corridor (CPEC) as it is constructed in India’s integral territories like Gilgit-Baltistan which has been illegally occupied by Pakistan.

“China is attempting to build the One Belt One Road which passed through the Karakoram highway, which in turn passes through Gilgit Baltistan. Now, Gilgit Baltistan being a part of India, illegally occupied by Pakistan, results in a conflict of interest”, Major General Dhruv Katoch, Director India Foundation, had said earlier.

The hoggish China Pakistan Economic Corridor was always motived towards obstructing India’s territorial integrity. However, causing any kind of damage to the potential superpower of the world is entirely unlikely by the dragon and its ally. It is amply clear now that the successfully thought CPEC will be a ‘failure’ on the fate of China and Pakistan. And it is evident with the recent Pakistan floods.