The unique case of Marlboro Cigarettes

by Abhishek Kumar Singh
in Premium
0

The world is a battleground between good and evil. Your perception about who wins depends on the winner because he/she is the one writing the battle story. But, no matter who wins, there is one thing in common. The winner is always portrayed as good, no matter how evil he/she was. This is what modern-day advertising is all about. You can sell dog shit piled up on cat shit by claiming that its packing has been done by the angel of heaven. The narrative creates an aura of goodwill for the targeted population. This is where Marlboro Cigarettes are uniquely placed.

Marlboro, currently the major cigarette brand in the United States is not a new entrant in the market. The cigarette brand owned and manufactured by Philip Morris USA in America and Philip Morris International outside the USA has more than 175 years old history. Moreover, contrary to popular opinion, it did not originate in the USA. It originated in the capital city of their former master, Britain. In 1846, renowned tobacconist Phillip Morris decided to sell tobacco and rolled cigarettes through a shop on Bond Street, London. 27 years later, Phillips died of cancer, but his business did not die. It was taken over by his widow Margaret  and brother Leopold. They opened a factory on Great Marlborough Street in the same city. Later, various forms of Marlborough went on to dominate the brand.

The first indication of the existence of a brand named Marlborough dates back to 1885. Phillip Morris & Co. had decided to jump on the ships of initial years of feminism. The product was being advertised as ladies’ favourite cigarette. But, it was still a long way to go for the company. Due to various workplaces requiring more muscular strength, women did not have much earning capability. In places where they were allowed, systematic discrimination played a key role in keeping them out of the fold. As a result, women customers of the brand or any cigarette brand were not available in large numbers.

But, Phillips and Co. was satisfied with slow and steady growth. In 1902, the company opened its New York subsidiary. However, initially, it did not have much information about the demography of consumers, that is why, it took 6 years for the mark “Marlboro” to be registered.

Company spent another 15 years deliberating on strategies to launch “Marlboro” in the country. Its job was made easier by the mass number of women joining the workforce in the wake of men going to military duty during World War I. The empowerment was so vast that women were now engaged in farming, a field traditionally believed to be men’s forte. In the United States, “The National Women’s Trade Union League” represented and provided job security to lakhs of women. Even after the World War, women refused to leave the workforce and by extension financial independence. 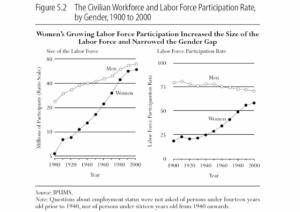 The product could not draw the attention of American women

With an eye on putting a dent in the increasing spending capacity of women, “Marlboro” brand was finally launched in the US market in 1924. Taking the advantage of its “London originating status”, Philip Morris & Co. advertised it as “America’s luxury cigarette”. Additionally, it used to be only available at expensive hotels and resorts. Later, the company explicitly started to sell it as a women’s cigarette in America as well. Its campaign line kept propagating the women as a weak notion. To pull more common women towards it, the slogan used was “Mild As May ”. The message conveyed to the women was simple, “Your body is not as strong as men, so we are caring for you with a special mild version of cigarette”.

In many ways, the subliminal message was patronising and possible that is why in spite of a skyrocketing increase in women’s workforce participation, the sales figures did not hit expected numbers. Even relatively affluent white women whose participation rate had increased by 50 per cent between 1890-1940 refused to buy it. The perception of Marlboro being a luxury item also could not fetch numbers. The situation was so bad that just before the start of World War II, the product was withdrawn from the market. Though, it was later relaunched, and after the war, the brand did regain some momentum.

Innovation in the wake of scientific onslaught

In spite of news headlines now dominated by anti-tobacco scientific reports, Marlboro registered steady growth by the end of 1960s. On an annual basis, its sales growth remained steady in the range of 1-10 per cent. However, in the first month of January 1964, something astounding and unexpected happened. Surgeon General of the United States gave official recognition to prevailing scientific consensus that Cigarettes cause Cancer. This was an existential crisis for these companies including Marlboro.

While companies like Camel, Lucky Strike, and Chesterfield caved in, Marlboro’s response was on more unexpected lines than the announcement itself. It started a new marketing campaign which later went on to be followed by various other companies. Philip Morris started a new type of advertisement called lifestyle advertising. Through these advertisements, Philip Morris focused more on situations surrounding the consumption of product rather than product itself. It did not explicitly tell them how good their product was by citing different sources, instead that Philip Morris attached people’s emotions with the product.

Masculinity carried it through

Marlboro’s advertisements were now targeting men as a consumer. The men who had lost touch with their masculine side, the men who did not know what masculinity is and finally the gullible men who could be fooled. Marlboro cigarettes were showcased as being smoked by manly men, strong in body, mind and soul. The meek men designed to cater to the spoken needs of the women were pitched to be replaced by sea captains, weightlifters, war correspondents, construction workers among others. Finally, Leo Burnett, the Chicago advertiser settled on using Cowboy as “Marlboro man”.

The advertising turned out to be a game changer. Earlier men used to refuse to have Marlboro due to its women-centric market. Marlboro’s cigarettes were considered safer due to them being filtered. The idea of being on the safe side never goes with the concept of masculinity. That is why, Phillip Morris initially decided to target only those men who were concerned about Cigarettes causing lung cancer. Additionally, Marlboro was also producing milder, more aromatic, sweeter, and less harsh cigarettes by adding ammonia to the tobacco.

Marlboro Man did the trick

The softness in product and hardness in advertising did the magic for Phillip Morris. By telling the public that Marlboro is consumed by heroic men of society as well, Phillip Morris eliminated the fear of demasculinization in common men. The sales skyrocketed and the company which held only 1 per cent of the global cigarette market at the beginning of 1964, went on to become 4th largest cigarette brand by the end of year.

For next year, it continued its extraordinary compound annual growth rate. In 1972, Marlboro occupied 12.7 percent of the US market and with this achievement along with its foreign markets, it went on to become the best-selling tobacco brand in the world, a position which it has been reluctant to leave. Even when cigarette advertisements were permanently banned from Television in the 1970s, it kept getting virtually free advertising due to the cult of cowboy man. Movies like Robert Altman’s The Long Goodbye (1973), Harley Davidson and the Marlboro Man (1991), Fargo (1996), The Lost World: Jurassic Park (1997), Thank You for Smoking (2005) were some of the significant movies which portrayed Marlboro man. Songs and photographs also played a key role in promotion of Marlboro man and henceforth Marlboro itself.

Stick to the basics: Lessons from Marlboro

It is not that Marlboro relied on secondary sources for its advertising after the Television ban. After 1972, it followed the trajectory of Energy drinks and went on to partner with extreme sports to advertise itself. The status of numero uno tobacco company in the world provided it with the leeway to sponsor Formula One team BRM. In the next two years, it sponsored the Frank Williams Racing Cars team, whose cars were registered as Iso-Marlboro. In 1974, Marlboro sided with McLaren and the partnership went on to become the longest sponsorship deal between a team and its title sponsor in F1 history. The deal lasted for 23 seasons. After the deal with McLaren ended, Marlboro started sponsoring the Ferrari. The deal continued in different forms by the end of 2021.

Besides F1, Marlboro has also been associated with G2, Superbike World Championship, Grand Prix motorcycle racing, CART/IndyCar, World Rally Championship, Australian touring car racing, IMSA SportsCar among others. Almost every sponsorship was aimed towards pushing more and more men to buy Marlboro cigarettes. On the back of these advertisements, it has been expanding its footprints all around the world. After its introduction to 1.4 billion people in India, the company’s market value has only increased. In 2021, its global market value was $159.2 billion.

At the same time, it has been subject to various controversies as well. But, the company focused on its core strength and in spite of so many apparent flaws in the segment it operates, it is only increasing day-by-day.

The old DD is back, and Swaraj is the testimony

Collection of 40 Argument quotes and captions