Without caring about the rating agencies and economic fundamentals, the Union government led by Narendra Modi recently provided much-needed economic relief to people of the country by cutting petrol prices so that they could enjoy their thousands of years old Diwali festival. The BJP led state government soon followed suit. However, politicians of the non-BJP states still preferred politics over the joy of people who brought them to power.

As Diwali approached, people of the whole country were rejoicing at the prospect of declining inflation due to the slashing of petrol prices. The central government had reduced the excise duty on petrol and diesel by Rs 5 and Rs 10. A similar reduction in value-added tax (VAT)was announced by various BJP-ruled states and Union territories as they slashed VAT by a minimum of Rs 3.20 in Bihar to a maximum of Rs 12 in Uttar Pradesh. The states and UTs which decided to cut VAT on fuel prices are Uttar Pradesh, Uttarakhand, Gujarat, Haryana, Assam, Chandigarh, Goa, Himachal Pradesh, Jammu and Kashmir, Sikkim, Arunachal Pradesh, Mizoram, Nagaland, Tripura, and Puducherry.

However, non-BJP ruled states were in no mood to allow people to enjoy their festivities. States such as Maharashtra, Delhi, West Bengal, Tamil Nadu, Telangana, Andhra Pradesh, Kerala, Meghalaya, Jharkhand, Chhattisgarh, Punjab, and Rajasthan have decided to not cut VAT on the prices.

Naveen Patnaik is the only politician from the opposition party in the country who chose people’s interests above narrow political ‘you vs me’ rivalry and decided to slash VAT by Rs 3 on both diesel and Petrol. 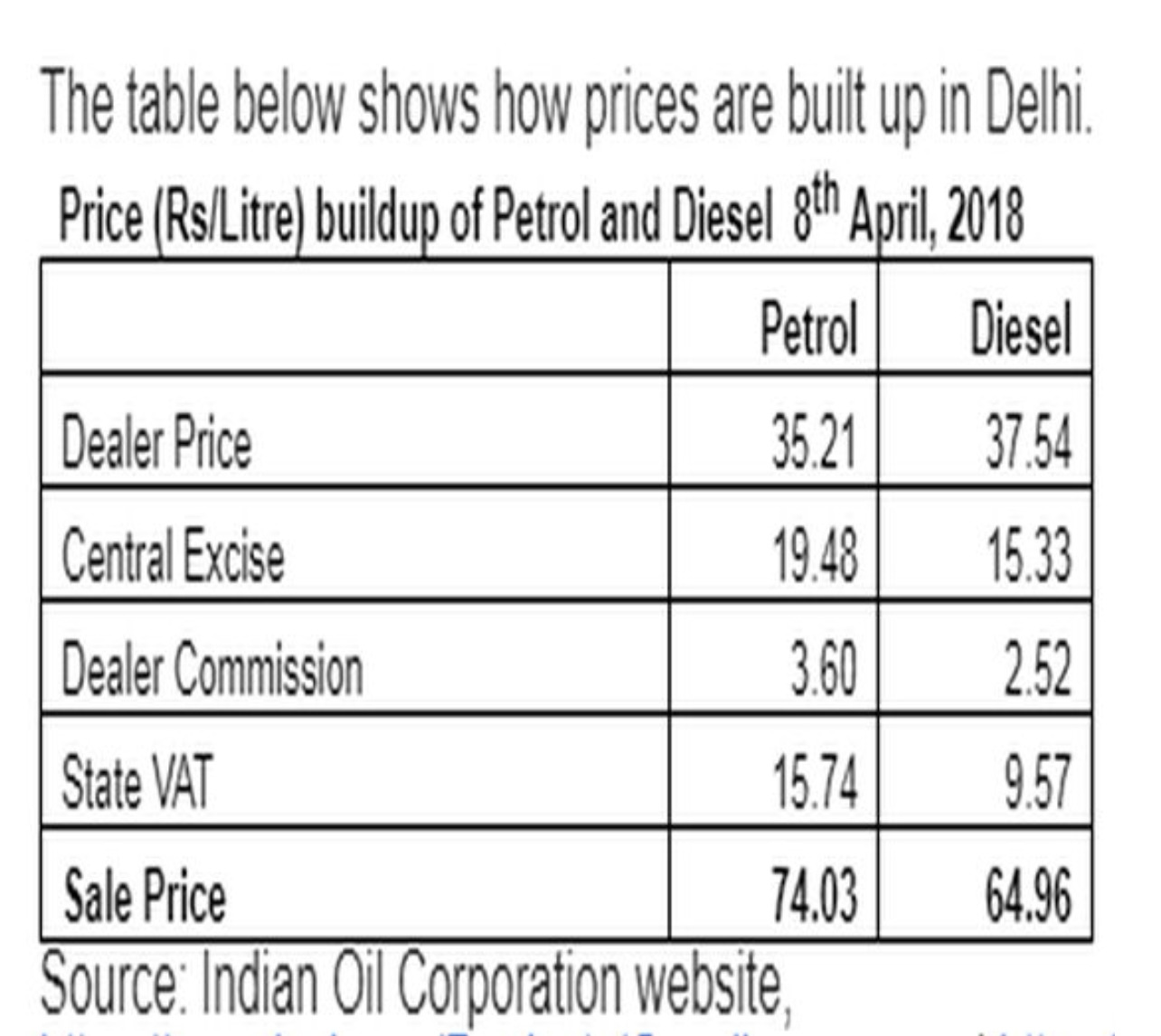 States have made varying excuses for not caring about people’s Diwali celebrations. Sanjay Raut, the Key figure of the MVA government in Maharashtra asked the centre to reduce excise duty by at least Rs 25. Similar sentiments were echoed by Rajasthan chief minister Ashok Gehlot and Mamta Banerjee led TMC government in Bengal, both of whom asked the centre to further reduce the excise duty. The Kerala government pointed towards its grim financial status behind its decision to not reduce VAT on fuel in the state.

Meanwhile, the move by the non-BJP states to not slash the VAT on fuel has been heavily criticised by the BJP. BJP spokesperson Gaurav Bhatia accused the AAP, TMC, and Congress of being insensitive towards the citizens of this country. Describing the problems faced by the people in non-BJP ruled states, he said– “In Punjab, Chhattisgarh, Delhi and Rajasthan people want to know why such steps have not been taken by the state governments… the steps that were taken by Prime Minister Narendra Modi and emulated by the BJP ruled states are not being implemented by other governments,”.

He further elaborated on how BJP has taken care of its population during tough times and said, “Free ration has been provided to 80 crore people. ₹19 lakh crore has been given to the beneficiaries through direct benefit transfer. Each rupee that is collected as tax is used in the development of the country and for the people. Another example is the vaccine. It is a matter of pride that 108 crore vaccines were provided free of cost and the government is committed to providing free vaccines to the rest,”

State governments join celebrities in throttling the spirit of the grand old festival:

The Diwali of 2021 became notoriously famous for a heightened level of anti-Diwali campaigns by various public figures including administrators, sports personalities, and actors. While celebrities like Virat Kohli, Harshvardhan Kapoor, Disha Patni led the campaigns to warn Hindus against crackers, the people of the country pointed out their hypocrisy and rebutted their hollow arguments in favour of the ban on crackers. In fact, Uttar Pradesh Chief Minister, Yogi Adityanath himself visited the house of people living in the state and gifted crackers to children encouraging them to celebrate the grand old festival without any worry.

Read more: The vicious campaign to use Diwali as a centre stage for Wokeism bites the dust

The decision to not relieve consumers of high petrol prices seems to be an evil attempt to thwart the spirit of the Hindus on one of the most auspicious festivals. While the Modi government relieved the bottleneck of excise duty on the fuels, state governments that are already deep necked in secularism decided to not adhere to the idea of a VAT cut. If people of the country are to fully benefit from a democratic government, then cooperation with the centre should be the way forward for the politicians at the helm of the state governments.

Step aside Shastri and Kohli, Rahul Dravid is taking over the reins and he is in no mood for wokeism

‘Deepavali is not Hindu but a Buddhist festival,’ The Print targets Diwali