People for the Ethical Treatment of Animals (PETA) has hit a new low. After failing to grab eyeballs through its radical ideas, selective targeting of religious festivals and customs, the infamous organisation has now used sex to sell its ideas to the public. Through a video posted on its official Twitter handle, PETA wants people to stop eating meat and meat products because it interferes with their sex life.

Captioned, ‘Can’t put your finger on what’s not working in the bedroom?’, the sexually suggestive video was replete with WhatsApp-esque forwards. The messages in the video read, “Want to spice up things in the bedroom? Chili peppers can have you hot and heavy in no time. A squirt of OJ (Orange Juice) increases blood flow to important organs. Get a load of zinc to increase your libido. Avocados will give you the stamina to keep going on for hours. Go vegan. Your partner will thank you.”

Can’t put your finger on what’s not working in the bedroom? pic.twitter.com/BvKMhpQVG3

In the video, it was implied that a person on a vegan diet can go on and on whilst indulging in coitus. Meanwhile, the man with the meat diet seemingly tapped out early during the act. Fruits can aid in the sexual performance of an individual but only having a fruit-laden diet means missing out on vital other nutrients. The PETA video was misleading in the sense that it tried to project vegan foods as the elixir of superhuman strength.

While PETA puts up a front that it cares for the animals, the reality is entirely different. After its workers were beaten black and blue by a gang of Islamists for promoting vegan Eid, the organisation has toned down its campaigns for calling out Muslims for Eid celebrations which entail the inhumane slaughtering of Goats.

Moreover, reported previously, PETA is accused of putting to death up to 97.4 per cent of the animals in its care in any given year, including those it accepts from members of the public who expect the organisation to provide these helpless animals with a new home. The animal rights group has put down shockingly 36,000 animals in the last 20 years. 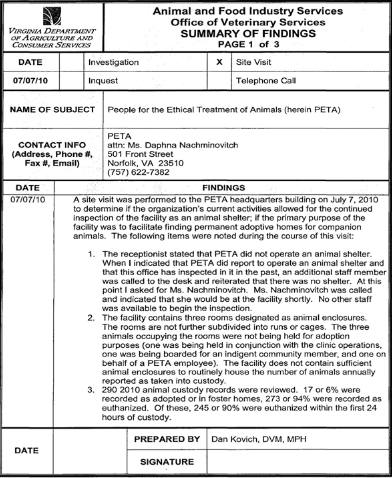 According to PETA’s twisted beliefs, it’s more humane to just euthanise the animals than for hypothetical harm to befall them in the future. In November 2014, PETA employees had allegedly taken a family’s Chihuahua without cause in broad daylight from the family’s home in Virginia, USA.

A surveillance video showed a van branded with the PETA logo pull up in the driveway followed by a worker seizing the dog and driving off. The dog’s owner had said that PETA employees later returned to his home with a fruit basket and news that the dog had been killed. The little girl, whose chihuahua Maya was killed by PETA had been inconsolable at that time.

In a 2014 interview with the Washington Post, Ingrid Newkirk, President of, PETA had ridiculously argued that outdoor cats would be better off dead because they might contract a future illness or be hit by a car in the future.

Similarly, PETA has also argued in court that elephants are better off being killed than living in American zoos where they are well cared for. PETA is more widely known for its edgy protests and media campaigns to draw attention to animal suffering than for this riverside shelter, and some in the animal welfare community deem the group too radical.

PETA and its vendetta against Amul

PETA recently launched a full-blown vendetta-driven campaign against Indian dairy giant, Amul and called for the company to give up on dairy milk and turn to vegan milk production. However, Amul vice-chairman Valamji Humbal played on the front foot and urged the Prime Minister to ban the NGO by giving some compelling reasons.

Read More: Amul Vice-Chairman calls for a ban on PETA in a letter to the PM. His arguments are compelling

The group that does not want you to burst crackers on Diwali as it would hurt the animals, the same PETA that campaigns to ban the old-age tradition of Jallikattu but makes a half-hearted plea against animal slaughter during Eid or keeps mum entirely is now struggling to stay relevant.

‘Hindus give their daughters to Muslims to avoid dowry,’ Islamist panelist gets kicked out by Zee Hindustan anchor