India to experience at least a decade of good growth, thanks to PM Modi

by Abhinav Singh
in Economy
2

With the slew of reforms introduced over the last seven years, the Modi government has propelled a long cycle of growth that could last an entire decade or more. This will be similar to the cycle of growth kick-started by the Vajpayee government which lasted a decade until the UPA’s corruption and policy paralysis led to a slowdown.

When the Modi government took charge, it decided not to pump prime the economy to steer growth– something that was done extensively by the Congress government and led to skyrocketing inflation. Instead, the Modi government pushed for reforms, reined in the inflation rates and patiently waited for a natural and sustainable cycle of growth. The results of that effort are starting to show. And this time around, not only has the Modi government kickstarted this period of growth, but it is also politically strong enough to remain in power and safeguard the growth numbers.

Bank of America in its recent report stated that India sits at the cusp of a multi-year Capex cycle. The brokerage firm believes India could be staring at a Capex cycle similar to that seen between the financial years 2002-03 and 2011-12.

However, it doesn’t come as a surprise. With the government focusing on infrastructure spending, including investment on roads, railways, ports, and low-cost housing despite a raging pandemic, the cyclical growth was manifesting itself. The government’s impetus through $25 billion surplus allocation for Capex schemes and $27 billion for PLI schemes has sent the right message across to business investors at home and abroad.

The UPA’s demise might have started with scams amounting to several billions getting exposed but its ultimate downfall was cemented by the high volatile inflation rates that plagued the Indian society and hurt the middle class. However, according to the National Institute of Public Finance and its policy paper, the average inflation rate between October 2016 to March 2020 was 3.93 percent. You might call just call this the Modi government’s biggest achievement when it comes to regulating the economy.

In March 2016, the Modi government amended the Reserve Bank of India Act to put in place an inflation-targeting regime for the central bank to follow. The RBI was to steer a monetary policy that ensured that inflation was limited to 4 percent with a 2 percentage point band. The average inflation rates between the NDA regime and the UPA government are enough to tell the difference that a decisive government can play in reducing the financial budget on the layman. Even former Finance Minister P Chidambaram has accepted the UPA government’s inability to curb inflation by stating, “I think inflation was a big red in the UPA-2 report card.” 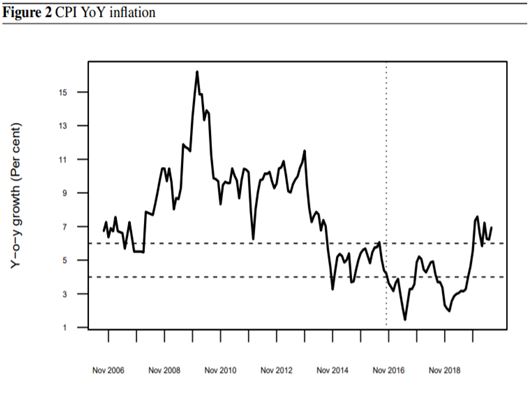 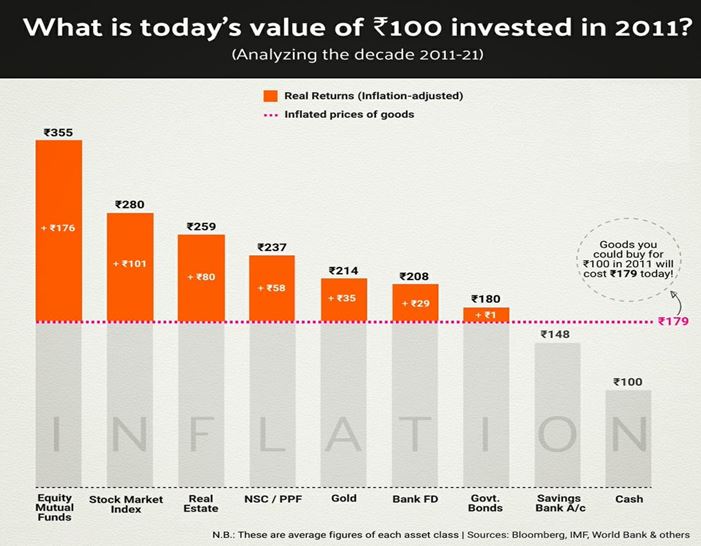 The latest inflation figures come amid a fall in COVID-19 infections, and a pickup in the pace of vaccinations in the country. The cumulative number of COVID-19 vaccine doses administered in the country has surpassed 50 crore. The second wave and its deadly effect have largely withered across the country, barring some states like the CPIM-ruled Kerala. In terms of total vaccination numbers, India overtook the USA by a long distance in June.

The retrospective Tax was an abomination that significantly impacted the investment environment in India. Moreover, it brought international flak to the country, courtesy, the Vodafone and Cairns energy arbitration cases.

The newly introduced bill would greatly enhance the environment for foreign direct investment in India. Speaking of FDI, India was one of the largest recipients of FDI across the globe with 64 billion dollars flowing into the country in 2020.

Despite the UN Conference on Trade and Development report stating that global FDI flows plunged by 35 percent due to COVID, FDI in India increased by 27 per cent to USD 64 billion in 2020 from USD 51 billion in 2019.

The rise in FDI numbers has been pushed up by acquisitions in the information and communication technology (ICT) sector. As reported by TFI, last year, Facebook bought a 9.99 percent stake in Reliance Jio for $5.7 billion (Rs 43,574 crore), which made it the largest investment for a minority stake by a tech company anywhere in the world.

2021 has been a sensational year for the Indian startup ecosystem, which has surpassed all projections — both in terms of the number of unicorns and the funding raised. According to a YourStory report, in July 2021 alone, the Indian startup ecosystem raised almost $10 billion (including a mega-round of $3.6 billion raised by Flipkart) and added three new unicorns to its cap. This was more than the entire amount raised in 2020.

The Indian startup ecosystem is the third-largest in the world with more than 40,000 companies and around 44 unicorns. A whopping 21 startups have made it to the list in the first 8 months of the year. India witnessed the first health tech, social commerce, crypto and e-pharmacy unicorn this year. BharatPe, Mindtickle, UpGrad and CoinDCX have been the recent entrants in the month of August.

The recent bumper IPO of Zomato, Nazara technologies despite the two companies running in losses proves that investors remain bullish on the growth story of India. As a result, the stock market is rapidly climbing the charts with Nifty crossing the 16,000 for the first time in its history in the first week of August.

Talking of reforms, the introduction of Goods and Services Tax (GST) has changed the face of India’s haphazard tax system. According to the fresh data released by the Finance Ministry, the GST collection in the month of July saw an increase of 33 percent from the same month last year (July 2020). The bumper Rs 1.16 lakh crore Goods and Services Tax (GST) revenue collection in the month of July 2021 has indicated that the economy has started to recover from the onslaught of a global pandemic, gifted to humanity by a country named China.

GST collection for the country, after posting above Rs 1 lakh crore mark for eight months in a row, had momentarily dipped in June 2021. However, after the lockdowns were lifted in the majority of states, the collection has breached the 1 lakh crore barrier once again. With the economy opening and the rest of the Covid restrictions being lifted, the figures are expected to increase in the coming months as well.

Moreover, according to the latest RBI data, the country’s foreign exchange reserves surged by $9.427 billion to a record high of $620.576 billion in the week ended July 30. Union Road Transport and Highways Minister Nitin Gadkari, who has revolutionized the road and transport industry by constructing a record 37 kilometres of highways per day, has now proposed using the soaring foreign exchange funds — saying the country needs low-cost finance for such infrastructure projects. Gadkari, the visionary is now aiming for 40 kilometre of highway construction by the year-end.

The aim of a 5 trillion dollar economy by 2025 cannot be achieved without an influx of huge cheap capital in the country, and investment will come only when there is a stable government, conducive taxation environment, structural reforms in the Land and Labor sector. The Modi government has resolved many issues in taxation (with GST, Taxation amendment, rationalization of corporate tax), so the inflow of capital will further improve in the coming years. The key indicators like inflation, FDI and the uptick in the stock market prove that India is indeed headed on the right path, despite what the naysayers might nit-pick.

Mahakaleshwar Temple’s relics stun one and all