With only eight months left for the Punjab assembly elections, the political turf war between Navjot Singh Sidhu and Chief Minister Captain Amarinder Singh has reached a point of no return. In what can be described as an insanely comical turn of events, while Sidhu on Friday was preaching steps to the Punjab government to avoid major power crises that have become routine in the state, it was revealed that Sidhu had not paid his electricity bills for the last nine months.

It has come to light that the Congress leader is yet to clear his dues of Rs 8,67,540 which was issued by the Punjab State Power Corporation Limited (PSPCL) on June 22. According to the website, the last date of making the payment was July 2, the same day when Sidhu wrote a feature-length thread on Twitter. 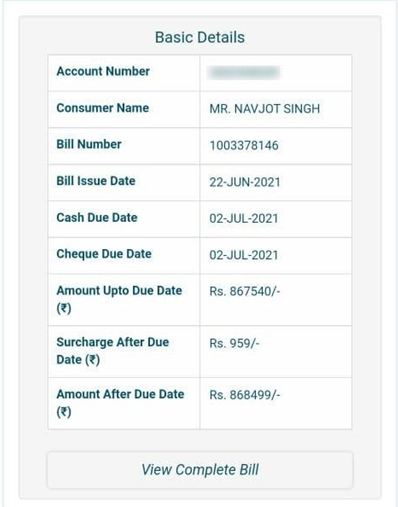 Upon asked why Sidhu’s connection was not cut despite having such an enormous bill, the Chief Engineer at PSPCL sounded clueless and remarked that he had no knowledge about the pending bill.

“Normally, a connection is temporarily disconnected if the consumer fails to make the bill payment within a month. Following the pandemic, we have asked the consumers to pay in instalments. We will find out why the payment has not been made,” said Sakatar Singh, the Chief Engineer.

On Friday, Sidhu was in his element in taking apart CM Singh as he sermonised the Punjab government on how to provide 24 hours electricity to the public.

“Truth of Power Costs, Cuts, Power Purchase Agreements & How to give Free & 24 hour Power to the People of Punjab:- 1. There is No need for Power-Cuts in Punjab or for the Chief Minister to regulate office timings or AC use of the Common People … If we Act in the right direction,” tweeted Sidhu.

Truth of Power Costs, Cuts, Power Purchase Agreements & How to give Free & 24 hour Power to the People of Punjab:- 1. There is No need for Power-Cuts in Punjab or for the Chief Minister to regulate office timings or AC use of the Common People … If we Act in the right direction

“If we Act in the right direction…Punjab is buying Power at an average cost of Rs. 4.54 per unit, National Average is Rs. 3.85 per unit & Chandigarh is paying Rs. 3.44 per unit.” He added that Punjab is over-dependent on 3 privately owned Thermal plants, which charged between Rs. 5 – Rs. 8 per unit,” Sidhu further added.

Politics is a zero-sum game for the likes of Sidhu, who only win, while the loser is the public. Imagine a civilian having an outstanding bill of nearly 9 lakhs and the Electricity board not knowing the status of payment. It can be said with utmost certainty that the said commoner would have lost his connection a long time back and the department would have made their lives hell. But for a leader like Sidhu, the Electricity department and the government which he has a beef with continues to bend over backwards for him.

Mandira Bedi’s loss is her personal loss, but Feminazis have turned into a feminist movement