Prasar Bharati, that runs DD and All India Radio, had more engineers than journalists. Now it is going to change

India’s public broadcaster – Prasar Bharati is all set to receive a makeover. An organisational overhaul is being planned for the broadcaster to bring it at par with BBC in terms of manpower and content. When it comes to infrastructure deployment as well, Prasar Bharati aims to mirror the British public broadcaster. For years on end now, Prasar Bharati has had more engineers than journalists and content creators. With the planned overhaul of the organisation which operates Doordarshan and All India Radio, the number of engineers and technical staff is all set to be cut down, while content creators and journalists are expected to form the bulk of Prasar Bharati’s employee base.

According to a report by the Hindustan Times, Prasar Bharati plans to organically downsize, with nearly half of its employees retiring in the next five years. Less than 10% of the service’s employees are between the age of 31-40, less than 5% between 20-30, while over 60% are over 50. The service may also introduce a voluntary retirement scheme, on the same model as the one currently working in Bharat Sanchar Nigam Limited (BSNL). The VRS could reduce the organisation’s annual cash outflow by over 2,000 crores, according to the plan. 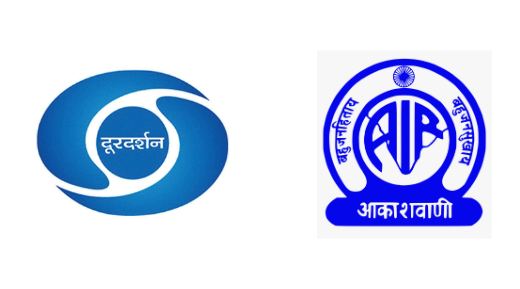 According to an audit comparing Prasar Bharati with BBC, which was conducted for the broadcaster by Ernst and Young, nearly half the organisation’s 25,000 employees are employed in the engineering division, whereas the corresponding strength for BBC is at a little over 10%. The content team at Prasar Bharti comprises less than 20% of the workforce, while BBC’s content team accounts for 70%. Manpower costs account for over 60% of Prasar Bharati’s expenses, and just around 30% of BBC’s.

Although Prasar Bharati has a formidable terrestrial cover across India, the ageing workforce of the public broadcaster has become an impediment to reform the organisation. The organisation now intends to, over the next few years, flush itself with young and bustling talent to truly meet the challenges of these times and overcome them seamlessly. Being a public broadcaster offering stable and rewarding jobs to employees, Prasar Bharati, like any other government-run entity, became lethargic, non-reformative and boring over the past many years.

Prasar Bharati has not been able to adapt and evolve. This has necessitated a complete organisational revamp of the broadcaster. Changes to the Parliamentary Act, under which the body has been created, are also being considered, HT quoted sources as saying. “There are organisational issues…There, of course, is a public mandate. But at the same time, there have to be commercial expectations as well. There is a low viewership and that can only change if the content side is revamped,” the source added.

Importantly, the sources also emphasised the fact that Prasar Bharati was prioritising better asset utilisation. “Earlier, Prasar Bharati needed a stronger engineering department. But now it has to focus more on content.” Prasar Bharati has realised that running a broadcast media organisation without any quality content is impossible in the 21st century.

‘Will focus on Jobs and not growth,’ looks like Rahul Gandhi woke up last morning at night again