Mamata Banerjee- the feisty, aggressive, unflinching lone warrior, who toppled a seven-decades long Left regime in West Bengal, has today been reduced to a leader who has to survive at the mercy of cameras and a section of friendly media – which flashes her pictures from the hospital ward she was admitted in and then progresses on to show her on a wheelchair. The sole aim of this image projection is to somehow generate a sympathy wave in her favour because that is the only miracle that can save the TMC’s freefalling electoral fortunes at this moment.

However, the fundamental premise over which such assumptions are being made is a deep-seated belief that the voters of Bengal are fools, who will end up casting their ballots in favour of someone who after destroying the state, met with an unfortunate accident while campaigning. Make no mistake, West Bengal hates politicians always flashing the victim-card around. Bengal recognises strength and selflessness as prerequisites to running a free government.

Read More- Mamata Banerjee could land in trouble, as Election Commission is not satisfied with the initial report regarding her injuries

Part of the Left’s tremendous longevity in Bengal, apart from indulging in poll violence and rigging elections, has been their incredible ability to project themselves as a strong and selfless political force with no vested interests at heart. Mamata Banerjee toppled their government in 2011 because back then, she overtook the Left in their own game and projected herself as the fresh breeze Bengal has always been waiting for. That image of Mamata Banerjee, however, has now eroded away which is why the TMC has been forced to play the victim card. The TMC is projecting itself as a party which is braving it all as a power-hungry BJP tries to make its way into the assembly and secretariat corridors of Kolkata. Yet, the ruling party is failing to recognise the fact that it was Mamata Banerjee’s humble, yet strong image which made the TMC a sensation in West Bengal. By playing the victim card and flashing images of Mamata Banerjee on a hospital bed and then on a wheelchair, the TMC has shot itself in the leg.

It is unimaginable for the people of West Bengal, no matter how much they have come to despise her, to think of Banerjee as a ‘victim’. She is anything but that. Just like Rahul Gandhi back in 2017 flaunted the fact that he was wearing a ‘torn kurta’, despite his family having looted the coffers of India for over 60 years; Mamata Banerjee projecting herself as a victim shows that she has truly lost the plot. Sympathy waves are generated for leaders whose image resonates with the people. 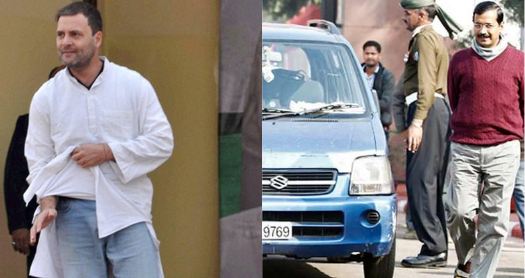 For example, Arvind Kejriwal is a master at playing the victim card and garnering sympathy. The man practically passes off the vibe that just about anyone can easily victimise him. Further, Kejriwal has marketed himself as a “common man”, with visuals of him driving to the office in his blue Wagon R still fresh in the minds of many people. The man was associated with a massive anti-corruption campaign, and was seen as one of its leaders is something which we cannot deny. As such, he has come to be recognised by a substantial quantum of Delhi’s citizens as a genuine commoner. Mamata Banerjee could never be easily victimised.

Jagan Mohan Reddy earned the sympathy of people from the then undivided-Andhra Pradesh, after his father, Y. S. Rajasekhara Reddy died in a chopper crash in 2009. Popular sentiment in the state was that he should succeed his father as the chief minister of Andhra Pradesh, a proposal which is said to have been shot down by Sonia Gandhi and her son. Nevertheless, there was a palpable sympathy on the ground for Jagan.

Mamata Banerjee, on the other hand, is trying to artificially generate sympathy for herself. Such choices driven by Prashant Kishor are not entirely unknown. The man has only one redundant framework for using in every election. What Mamata Banerjee is forgetting is that the TMC’s 10-year misrule in the state has become a thorn for the people of Bengal, who have decided to do away with it for once and for all. By playing the victim card and projecting herself as the helpless leader from Bengal, Banerjee is doing herself, and her party no good. For all we know, this will lead to a reverse-sympathy wave in favour of the BJP.