by Hemanshi Tewari
in Trending
0

In a major step to improve India’s inefficient and lethargic banking industry, the RBI, banking regulator of the country, has decided to award banking licenses to industrial houses. On Friday, an RBI committee said that bringing large corporate houses is necessary to improve the banking condition in the country and the central bank is ready to make all the necessary amendments in banking laws for the same.

The latest step from RBI definitely comes from a nudge by the Modi government as the last economic survey criticized the nationalization of banks and argued that India should have at least 6 banks in global top 100 while we have only one-SBI. The government has already given a hint for the encouragement of private players in the banking sector in the Economic Survey and now those plans are being implemented. 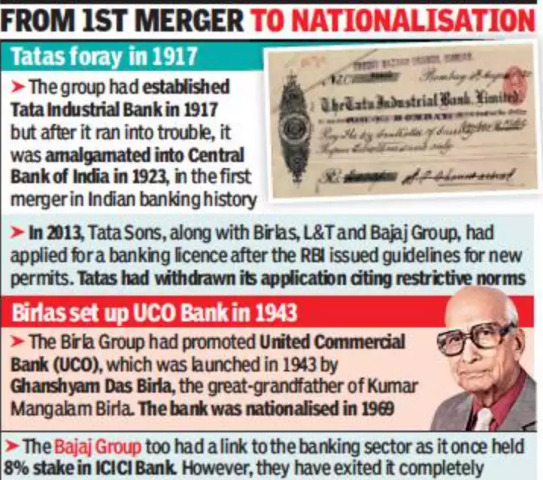 Bajaj Group, which was earlier involved in the banking sector through ICICI Bank, could also apply for a banking license. Other large industrial houses like L&T Group, and Mahindra and Mahindra, which have NBFC arms, would also enter in the lucrative banking industry once RBI liberalises the norms.

Kotak Mahindra Bank, which was earlier an NBFC and was given a banking license in 2003, has set an exemplary example of how the entry of private players could improve the banking industry in the country. Today Kotak Mahindra Bank is valued more than some of the largest Public Sector Banks combined. Similarly, HDFC, ICICI Bank, Axis Bank, IDBI Bank- all perform way better than public sector banks which were responsible for making India the country with the second-largest NPA ratio after Italy.

A liberalized entry regime would improve the banking sector of the country due to which the economic growth of the country is sluggish. The credit to GDP ratio of India is one of the lowest at around 60 per cent while the same for China is around 150 per cent. If we want businesses to grow, the credit penetration and ease of access to credit must grow and the entry of more players in the banking sector would do exactly the same.

India’s banking sector enters its golden era, the sector will grow at a breakneck pace