As the cases of Coronavirus increase in the country, there are various claims that the government has been unable to manage the situation and the lockdown strategy failed to prevent spread of the disease and hit the economy badly. However, to access whether the government’s strategy failed or succeeded, one needs to compare the number of cases per unit of population, number of deaths per unit of population, and recovery rate.

So, let us compare these metrics with other countries. In the total number of cases, India holds second rank with the second largest number of population. The largest country in terms of population, China, where the virus emerged, has been able to quell the spread but no one believes Chinese data nor do the democratic countries can employ the Chinese methods to control the spread, so it is sui generis case. 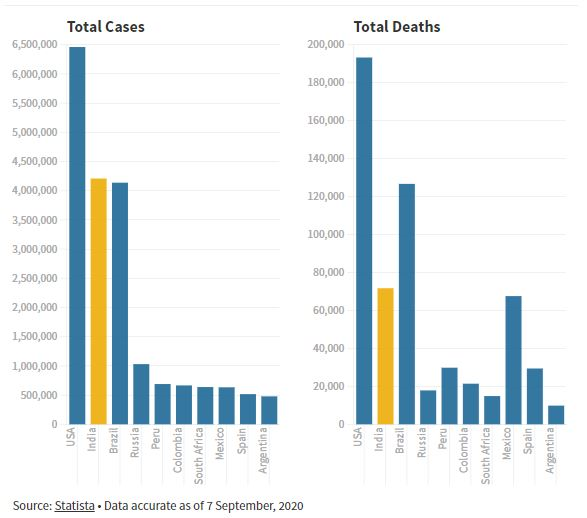 In almost every other country, the number of cases per unit of population are either more than that of India or around that. So, any argument about the situation being worse in India comparatively is definitely not true. 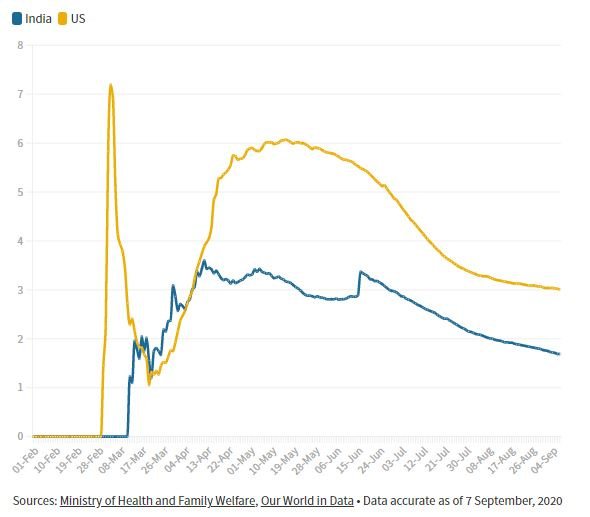 Now, let us come to the mortality rate. The mortality rate in India is among the lowest in the world at 1.7 percent compared to as high as above 10 percent in countries like Mexico and 3 in the USA. 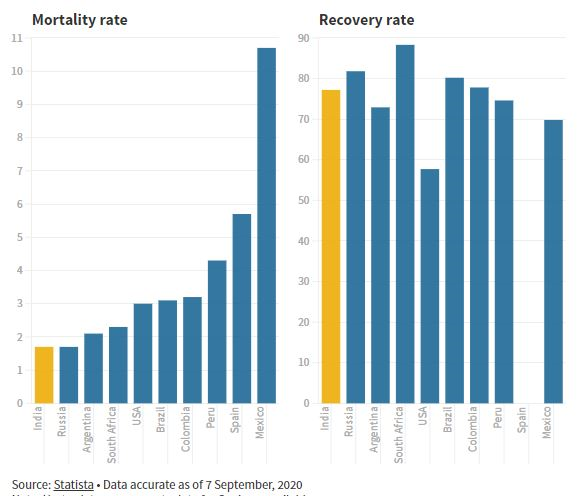 The last parameter is recovery rate which tells us whether the treatment methods used by the government are working or not. India has one of the highest recovery rates in the world at above 77 percent with states like Delhi having a recovery rate near 90 percent.

The Indian government, on the wise counsel of Indian Council of Medical Research (ICMR) kept using HCQ as prophylactic as well as therapeutic drug despite the fact the influential research journals like The Lancet argued the contrary on the behest of big pharmaceutical companies. The continuous use of HCQ might be the reason behind India’s high recovery rate and low death rates.

“There is a huge difference in the (HCQ) dose which is used as therapeutic and preventive purpose. The prophylaxis HCQ is given in very small dose (400 milligrams once a week),” said Dr Arvind Kumar, Chairman, Centre for Chest Surgery and Director in Institute of Robotic Surgery at Sir Ganga Ram Hospital, who is also taking it himself. 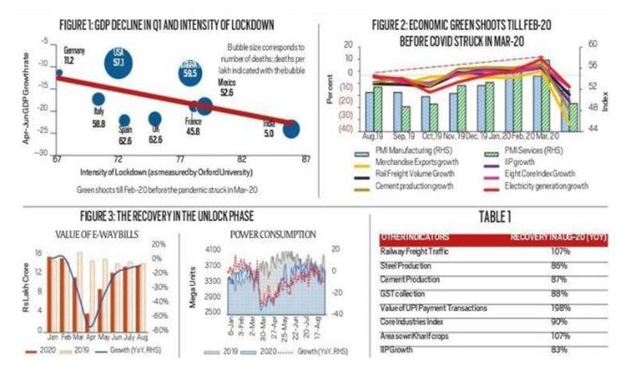 As far as the economy is concerned, the Chief Economic Advisor rightly argued that with lockdown, India tried to save lives and economic cost of this was imminent but as the union government and state governments open up the economy, the recovery is very much visible. “The Q1 decline has sparked debate — rightly so — as an informed debate is essential to policymaking. The evidence, however, clearly demonstrates that the decline is primarily due to the pandemic and does not relate to the economy’s performance leading into the pandemic. Crucially, the economy is recovering strongly in the unlock phase,” argued the CEA in an article the Indian Express.

Now, coming to the performance of the states, a few like Haryana, Madhya Pradesh, Bihar, and Odisha have performed excellently and have been able to quell the spread while the governments like Maharashtra, Gujarat, Andhra Pradesh, and TamilNadu failed miserably. This is due to many factors including the leadership of the state governments and local municipal governments (Pune has the highest number of per capita cases in the country). Therefore, one must not take a pessimistic outlook of the situation but work along with the government to make it better.

After Japan, Russia is all set to sign a Logistics Pact with India and now the encirclement of China is complete

Official sub Reddit page of India is a highly moderated community of over 5 lakh+ subscribers, is a cesspool of Islamists, Marxists and India haters