PM Modi got it right! Real math trumps optimism. Know all of the concerns that proved RCEP was a bad deal for India

In a courageous move, the Indian government has ditched the China-led Regional Comprehensive Economic Partnership (RCEP). India has very solid reasons to back off from China-led RCEP. The member countries of RCEP include ten member states of the Association of Southeast Asian Nations (ASEAN) (Brunei, Cambodia, Indonesia, Laos, Malaysia, Myanmar, the Philippines, Singapore, Thailand, and Vietnam) and 6 Asia-Pacific countries (Australia, China, India, Japan, South Korea and New Zealand). Out of the 15 member countries, India already has trade deals with ASEAN (10 countries), Japan, and South Korea.

The only countries whose market access India would get, are Australia, New Zealand and China. The government is already working on bilateral trade deals with New Zealand and Australia. China, with which India already has $53 billion dollar trade deficit, India is not interested in signing a free trade deal.

Indian businesses worry that they will lose due to new trade deal because companies from RCEP member countries could offer cheaper products which will ultimately hurt their own sales and profits. A $53 billion trade deficit with China is a major concern for the policymakers in the country, businessmen policymakers also worry that India could be dumping ground for Chinese exports as the United States shuts door for them.

Therefore, India wanted Import cap for China which means India would have been free to raise tariffs on Chinese products, but the member countries did not agree to Indian demand.

One argument in favour of the trade deal was that India will gain at services front due to the robust presence of Indian companies in the services sector. The policymakers were very much sure that India is going to lose on the goods front in the short term but on the services front, there will be an opportunity to capture a large market. In the long run, the service sector will constitute a larger part of the Indian economy, therefore, the trade-off of goods for services seem a good idea.

India wanted more trade in services and preferential treatment to Indian services sector. This would have meant that Indian workers in IT sector, medical professionals, and teachers could easily migrate to member nations and work there. But, China did not agree to these demands. 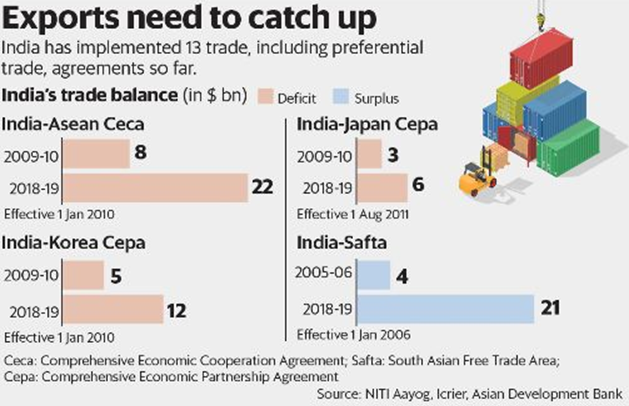 Hence India was not keen on going forward poorly designed trade deal. The trade deal was expected to benefit the services sector of the country. But, over the years, it has been seen that countries could easily find a substitute to goods but services cannot be replaced easily due to the sheer specialization they require.

So, if, an India company is providing some service to American or Chinese enterprise, they would not easily find another company in another country which could supply the same specialized services. Therefore, India could capture China’s services market without a free trade deal or a bilateral deal. In a bilateral deal, India could bargain better given India $53 billion trade deficit with China. 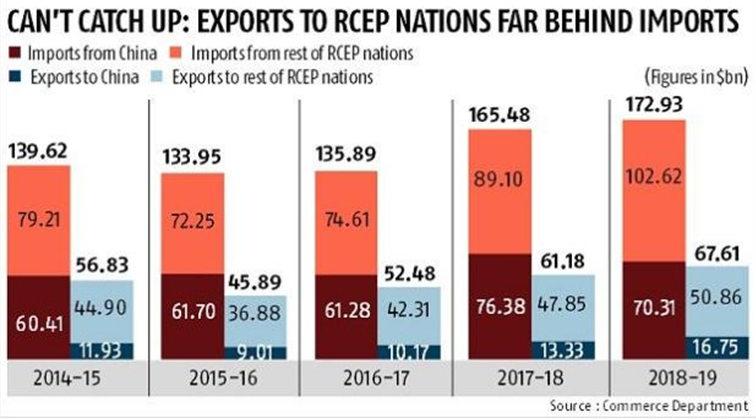 Jagan Reddy and Chandrababu Naidu spar over an invisible 'capital'

As NYPD officer gets caught spying, US may shut the Chinese consulate in New York too after Houston