Newswire
Abish Mathew on comedians being trolled for past sketches, tweets 58 mins ago
EU agrees MoU with 8 partners in support for COVID-19 fight 1 hour ago
WHO in contact with Russia on new COVID-19 vaccine: spokesman 2 hours ago
“The promise of the American dream”: Praise pours in for Kamala Harris 2 hours ago
US stocks fall as tech shares slide 2 hours ago
UN assessing Beirut needs as emergency aid arrives 3 hours ago
Next
Prev

The government ownership of companies has been a hurdle to economic growth of the country for decades. The vicious phase of Nationalization, started by Indira Gandhi in late 1960s, caused immense damage to Indian economy. Mrs. Gandhi nationalized one industry after another, from banks to insurance companies and energy to power sector, almost every productive sector which could have propelled the growth of the Indian economy was put in the inefficient hands of the government.

In the latest privatization drive, the government decided to privatize the oil distribution and refinery major- Bharat Petroleum Corporation Limited (BPCL). BPCL, which was earlier known as Burma Shell. BPCL was taken over by the Government of India on 24 January 1976, and renamed Bharat Refineries Limited. In 2003, the Vajpayee government under the leadership of divestment minister Arun Shourie, tried to privatize the refinery major. But, a PIL by the Centre for Public Interest Litigation, led by left liberal activist and lawyer Prashant Bhushan restrained the central government from privatizing Hindustan Petroleum and Bharat Petroleum.

Narendra Modi was the Chief Minister of Gujarat back then but it probably didn’t miss his seasoned eyes. In 2016, under the Repealing and Amending Act of 2016, his government annulled “187 obsolete and redundant laws lying unnecessarily on the Statute-Book” and the list also included the 1976 act that Nationalized the Burma shell and effectively halted PM Vajpayee in his heels from privatizing it in 2003 itself. Bibek Debroy, chairman to Economic Advisory Council of Prime Minister, led the repeal drive and, he very smartly repealed the 1976 act.

No media person, parliamentarian or activist like Prashant Bhushan caught a whiff of it as the government smartly repealed the 1976 nationalization act to clear the way for the privatization of BPCL.

BPCL is among the largest oil refining companies, accounting for 15 percent of countries refining capacity. It has market value to more than 1 lakh crore rupees and the government has above 50 percent stake in the company. The privatization will bring lakhs of crore rupees to the government coffers.

India has the fourth largest oil refinery capacity in the world after United States, China, and Russia. The US has refining capacity 841 MTPA while China has capacity of 589 MTPA. China alone accounts for 41 percent of Asia’s production capacity while Russia has capacity of 282 MTPA. India has 266 MTPA production capacity and may soon overtake Russia. The West Coast refinery, which will increase the capacity by 60 MTPA, is expected to become functional by early 2020s while India is set to overtake Russia before it becomes operational. 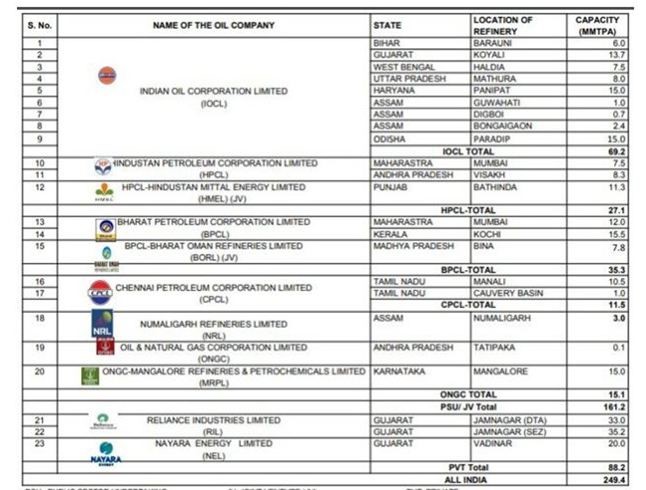 Indian economy grew at the so-called Hindu Rate of Growth (A term coined by establishment economist Raj Krishna, as he blamed Hinduism for the low economic growth and argued that India could never grow at a faster pace due to Hindu culture) due to socialist economic policies. The economic growth of the country was slow “because of those very socialist policies that their kind had swallowed and imposed on the country, our growth was held down to 3–4 per cent, it was dubbed — with much glee — as ‘the Hindu rate of growth,” said business journalist and author Arun Shourie. 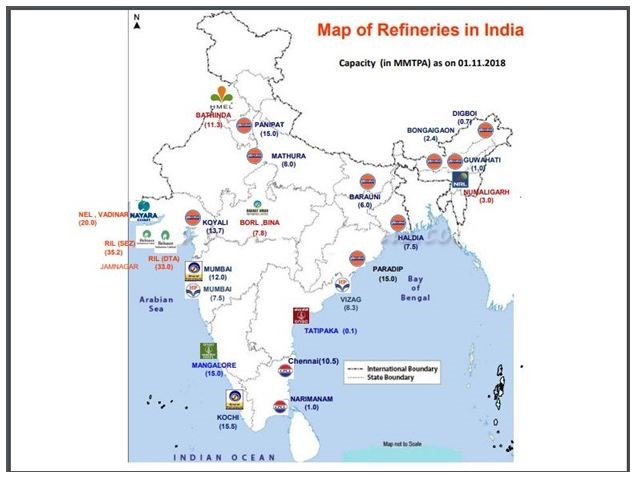 Modi government a stern believer of the Chankyan economic model and wants India to become a rule of law based capitalist economy. Therefore, the government decided to privatize many loss-making PSUs in the first term. The government will be more aggressive on privatization in the second term.

Now Prashant Bhushan has no rule to latch on to. He succeeded in bettering PM Modi’s mentor but PM Modi turned out to be too smart and legally more qualified than him.

Mahima Kukreja, the woman whose story started the MeToo movement in India turns out to be a fake