The Pakistan Stock Exchange based in financial capital of Karachi has shed more than 700 points to reach four year low. The stock exchange is on a free fall since last five days after the Modi government abolished Article 370 and bifurcated the state in two union territories. KSE-100 has shed a whopping 5 per cent or 1661 points in last five days and it has reached to the March 2015 level. Heightened tensions with India and Pakistan’s decision to suspend bilateral trade ties with India have hit Pakistan markets very hard.

“People are selling whatever they can,” said Bilal Khan, head of international sales at Arif Habib Ltd. in Karachi. “The risk of escalation has further dented already weak investor sentiment. Value buyers will continue to hold off given the heightened tensions.”

This year has been worst for the economy of Pakistan and its stock market. The Karachi Stock Exchange is among the worst performers in the world and it has shed more than 20 percent of the value this year. The KSE 100 index was at 37,000 year to date (January 2019 onwards) and has made a low of 29,400.52. 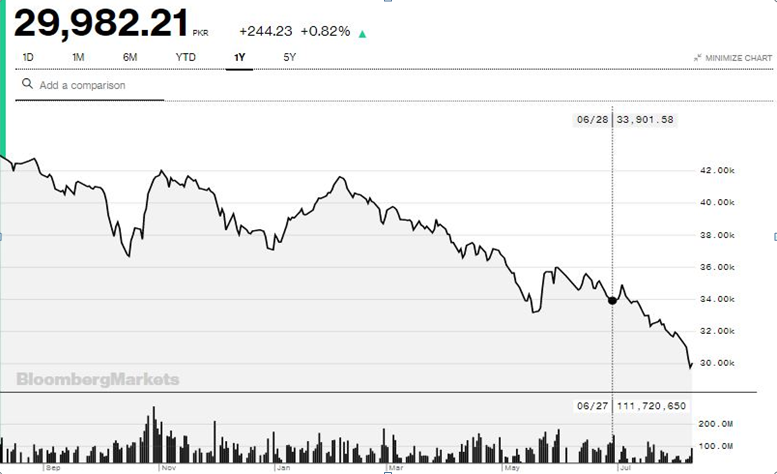 The KSE was hit hard even after Pulwama attack in February and shed more than 8 percent of the value on the prospect of escalation between India and Pakistan increased. After the integration of Kashmir by Modi government, there is a fear among investors that the Pakistani government might go for some military misadventure which will further hurt the economy of the debt ridden country.

“There is fear that India, given the level of military presence now in Indian-occupied Kashmir, will try some misadventure at the border which could escalate pretty fast,” said Ovais Ahsan, chief executive officer at Optimus Capital Management Pvt. in Karachi. “It’s low probability for now, but it’s a dangerous flash point.” 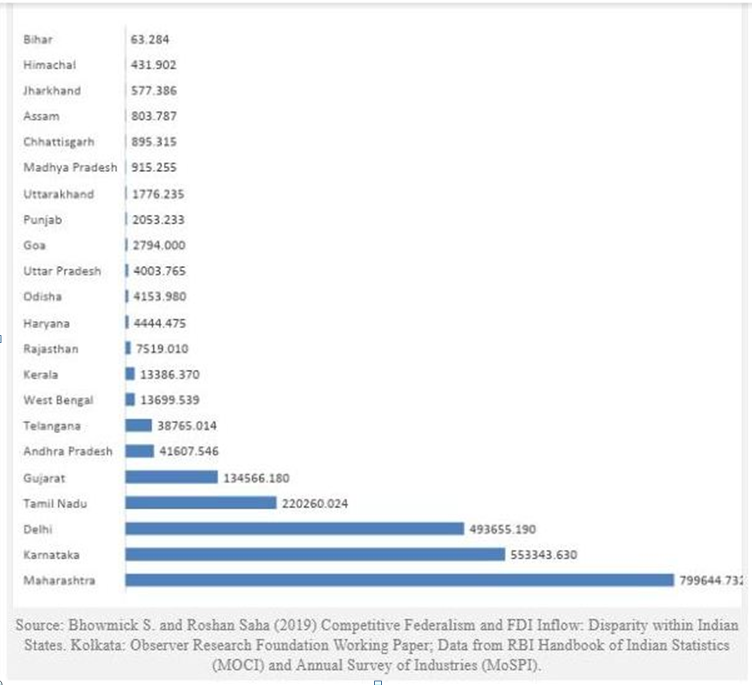 As Pakistan is at the brink of war, the economy of the country is in doldrums. The GDP growth of Pakistan is estimated to be to hit nine-year low in the ongoing fiscal year (July-June). India on the other hand is fastest growing large economy in the world with estimated rate of 6.9 percent in the current fiscal year.