Why India must impose a complete and total ban on Huawei

It's not just a tech company!

by Amit Agrahari
in technology
0

Last year, Huawei, the Chinese smartphone maker had taken over the American Tech giant Apple as the second largest smartphone maker in the world trailing just behind the South Korean tech giant- Samsung. The global market share of Huawei increased to 15.8% in the quarter, a sharp increase from 11.0% a year earlier.

But the fortunes of Huawei moved southwards in the last one year. The issue of security breach has been very harmful for Huawei in last few months. Many major markets of Huawei like United States, United Kingdom, France, Germany, Japan, and Australia have banned Huawei over security concerns. 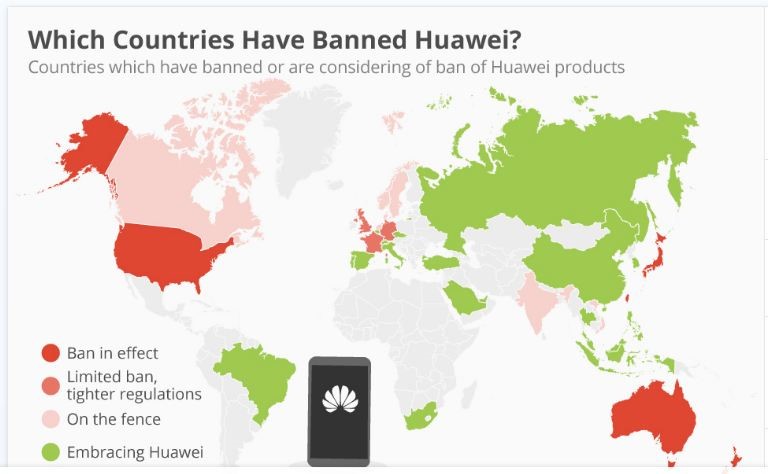 US blacklisted Huawei over the charges of espionage and doing business with Iran. The company was hit hard due to ban as it could no longer do business with American companies which are an integral part of its manufacturing ecosystem.

The components and software like Google Android system could not be updated. The important apps like Google Maps and Gmail will not run on Honor 20 due to US ban.

The company asked the Indian government to allow its 5G trials. “We cannot wait no more for selection (of Huawei to participate in the 5G trials)… or for 5G trials to start,” said company’s India CEO Jay Chen. However, Indian government is yet to give permission as many countries over suspicion of transferring the critical security data to Chinese government.

According to Bloomberg Opinion columnist on National Security and Foreign Policy, Eli Lake, “Donald Trump’s ban on Huawei is needed as there has been ample evidence of the tech company collecting intelligence via its tech in the US.”

The Espionage and security concern over Huawei have been responsible for the downward spiral of the company. Huawei gave unauthorized access of private data of users around the world to the People’s Liberation Army. The political parties and governments across the world have discussed the security breach by the company. Few governments including the US has acted while almost all political establishments have become more careful with the company. 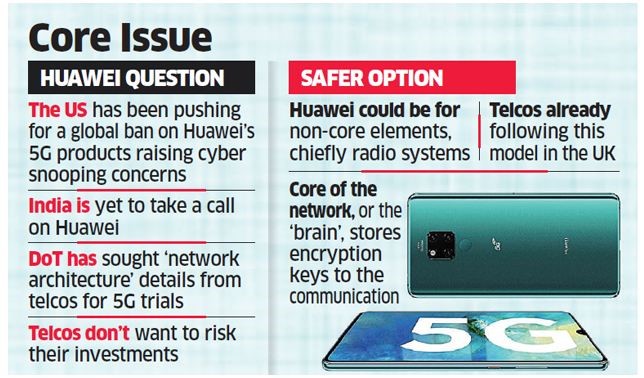 As India is yet to take decision on the company, Chinese officials met with Vikram Misri, The Indian ambassador in Beijing and suggested that Indian companies operating in China would face reverse sanction if the country bans Huawei. The Chinese aggression for Huawei could not be seen as company lobbying. The domination in 5G technology is Chinese grand plan to take on the Silicon Valley. It is also a part of Xi Jinping’s ambitious foreign policy agenda. The Chinese Communist Party “moves to strong-arming countries into exposing themselves to surveillance and espionage”, said a US Congressman.

Therefore, Indian government should impose a ‘complete ban’ on Huawei in the country, as it is now a pressing matter of National Security.

National Security Advisory Board has already flagged security concern over Huawei’s 5G technology. “When it comes to security, we cannot take any chances,” said NSAB member V. Kamakoti who is also a professor at IIT Madras. He also made a case for indigenization of 5G technology to make the country secure.

The Indian telecom companies are planning to leave the Chinese company out of core 5G network. “Given how there are global security concerns regarding Huawei’s equipment, nobody wants to get caught in the crossfire. It’s better to be safe and deploy Huawei in the non-core part of the 5G network,” said a senior telecom executive.

“It cannot go on forever”, Indian Gov to The British High Commissioner to India

“Old MPs, pack your bags and vacate your bungalows”, Government’s message to ex-MPs