Hong Kong is drastically different from China politically and culturally. The world MUST help them get freedom

by Akriti Tyagi
in Asia Pacific
0

The region of Hong Kong in China is undergoing major unrest and protests by citizens belonging primarily to the 15-30 age group. Since the past 11 weeks, anti-government protests are underway which have now been transformed into a civil-disobedience campaign. This has led to widespread clashes between the police and the citizens, with over 700 individuals being arrested since the protest began. Cries of “Free Hong Kong! Democracy Now!” have become an increasingly common sight. 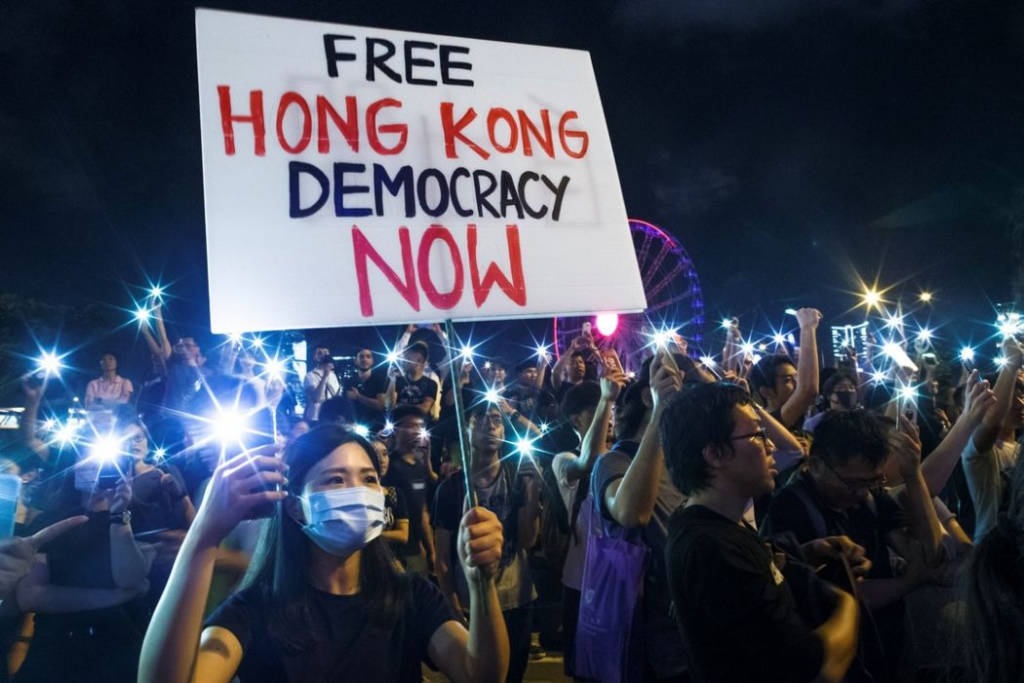 While China and Hong Kong have always been at wits ends, these series of protests have been sparked off by the extradition bill which will pave way for individuals in the city, suspected of a crime, to be extradited to mainland China. The proposed bill would have equated China’s courts, wherein the outcome is widely said to be predetermined by the communist dictatorship, with Hong Kong’s. Though the bill has now been suspended, the protesters are nevertheless calling for the complete withdrawal of the extradition bill, an independent inquiry into police use of force and greater democracy.

Hong Kong and mainland China have had very different histories and are starkly different from each other as far as culture, government and even economy is concerned. Hong Kong was a colony of the British. In 1997, it was returned to China and was guaranteed certain freedoms not enjoyed in the rest of China. The city’s courts are the most independent in Asia.  The city has a separate judiciary, police force and administration, promised till 2047 as part of the terms of its handover to China. Thus, while the rest of China was under communist regimes, Hong Kong was allowed a degree of autonomy.

In order to protect this autonomy, these series of protests aren’t the first ones to be undertaken. Back in 2014, a series of sit-in street protests, called the Umbrella Revolution had taken place in Hong Kong against a decision regarding reforms to the Hong Kong electoral system. The decision was seen to be highly restrictive, and tantamount to the Chinese Communist Party’s pre-screening of the candidates for the Chief Executive of Hong Kong.

Due to Hong Kong being a British colony for more than a century, up until the turn of the millennium, culturally and socially the city is very different from mainland China, which is why these demands aimed at democracy keep surfacing. While China underwent a turbulent 20th century, due to the Chinese Civil War, the Sino-Japanese War and the Cultural Revolution to transform the country into a socialist society, stabilizing only in the 70s; Hong Kong was largely stable. China moved from a socialist economic regime into more productive economic reformations after the 70s to stabilize the economy. Hong Kong on the other hand, never was under a communist regime and the economy took off from the 1950s and 60s onwards, propelling the city’s transformation into a financial and industrial hub. This economic growth continued after the city became a Chinese territory as Hong Kong was allowed to retain a capitalist economy and separate government and legal system.

The territory has its own mini-constitution, the Basic Law, and is lauded for being the easiest place to do business in the world with an incorruptible civil service known for its decency.

However, these liberties given to Hong Kong are exactly the issue for the Communist government in mainland China. Since the residents in the city follow the common law, they have wide freedom of speech of expression and moreover, aren’t afraid to use it. In order to curb this, after the Umbrella Protests, several book sellers who had dared to sell books raising a voice at the tyrant Chinese government had been forcefully disappeared in 2015. The disappearances, known as the Causeway Bay Books disappearances were believed to be caused by the government to curtail the free press, criticizing the communist government.

The starkly different attitude towards communism has been the bone of contention on previous occasions as well. In 2012, the Hong Kong government was forced to abandon plans for communist-styled “patriotic education” textbooks that denounced democracy as bad for nations.

Although, Hong Kong’s citizens are ethnically Chinese, they are essentially refugees who fled from an oppressive dictatorship to remake their lives and have grown up in a liberal city with a free press. For them, communist China is a profoundly foreign, repressive country, with no respect for their individual rights.

Even as far as language goes, Hong Kong is starkly different from the mainland China. Mandarin is officially spoken in China whereas Cantonese (Chinese) and English are the official languages of Hong Kong.  In terms of the script, simplified characters are used in mainland China, whereas Hong Kong relies on traditional characters. The most contrasting feature however, is the prevalence of English. While all the official documents and government services are bilingual in Hong Kong, with local schools in maintaining a relatively high standard of English instruction, China finds dearth of English speakers.

Apart from this, as far as social media in concerned, Hong Kong is independent of China’s controlling policies, beyond the Great Firewall which China seems to have put up. The western social networks, such as Facebook and Google have been banned in China and only the Chinese sites, such as the micro-blogging site Weibo and the social media app WeChat are allowed to function. However, Hong Kong witnesses no such prohibition and the western social media sites are quite widespread in the city. Google even has an extension for the city by the name of ‘Google.hk’.

Thus, all these differences have led to the former British colony being relatively more ‘westernized’, having an independent government which encourages liberal market policies. On the other hand, China continues to be under a very oppressive government, with minimal western influence.

Since Hong Kong was returned to China in 1997, the residents have been part of many protests, which usually begin at small policy changes or bills, threatening the city’s autonomy and soon converts into full fledged civil-disobedience campaigns. These protests have always been aimed at saving the democratic character of the city. China, with its communist government is clearly uncomfortable with Hong Kong maintaining an independent status and views it as a threat to its regime. Hence, from time to time, they attempt to encroach upon this status, which isn’t taken too kindly by the culturally and socially different people.

The status of Hong Kong is essentially an ongoing fight between the residents, who want complete democracy and autonomy, and the Chinese government which wants to increasingly cut down on the liberties granted to the city.

Chidambaram is the guard of Congress’ box of secrets, once it opens there’s no saving the party

Did OYO turn down a Kashmiri? Hindu haunts the victim of a fake news forward with a fake news piece