Amid reports of the decline in the share prices of the Zee group, its MD & CEO, Subhash Chandra Goel has given a personal guarantee to mutual funds. The investors have been wary of the falling share prices and the prospect for default as far as the future of Zee Entertainment Enterprises Ltd is concerned.

The chairman of Zee group, Subhash Chandra has given payment guarantee on an “irrevocable and unconditional” basis. The agreement being reached between the Zee and committee of lenders (CoL) will give more power and greater control to the latter. The Mutual Funds industry has a total exposure of 7,500 crore rupees against the Zee group. The total debt of the Zee group is 13,500 crore rupees and the lenders’ money is backed by equity shares of firms like Zee Entertainment and Dish TV. 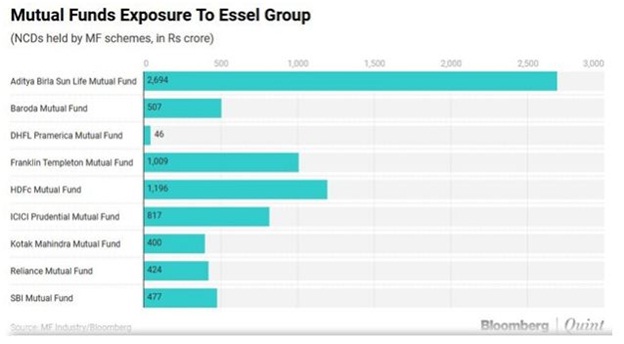 “As communicated through our official statement issued on February 3, the lenders have agreed that there will not be any event of default declared, due to the movement in the stock price of Essel Group’s listed corporate entities, giving Essel Group the required level of time to complete the strategic sale process of its key assets without any compromise on the value. Any additional terms pertaining to the agreement cannot be shared since we are bound by a confidentiality agreement,” said Zee group.

Recently, the Wire in an article alleged that some companies associated with ZEEL made transactions with Nityank Infrapower and Multiventures Pvt. Ltd which is being probed by the Serious Fraud Investigation Office (SFIO). The premier corporate fraud investigation agency is probing Nityank Infrapower for allegedly depositing 3,000 crores after demonetization. The share of ZEEL plunged over 20 percent wiping out value worth 14,000 crore rupees on Friday, January 25 after the article was published on the portal on January 24.

Moreover, the investment of the Zee group in the infrastructure market seems to have gone wrong due to the collapse of IL&FS. The banks tightened the lending norms since the collapse of the IL&FS Group and this has led to a crisis in the NBFC market. As the investment of Zee group is exposed to NBFCs, this led to a sharp decline in the share prices of the Zee group. However, Chandra gave a personal guarantee to the lenders to soothe the investors. 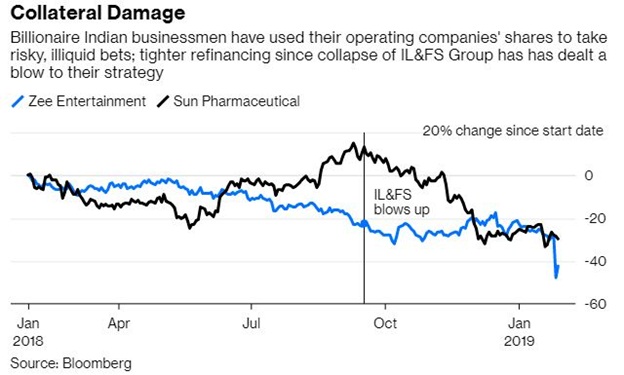 The MF officials and Zee group reached a formal agreement which will give lenders greater say in decision making. “In consideration of you not taking any precipitative actions against listed equity shares of the security companies and not declaring an event of default, even though the price of Zee Entertainment and other Essel group listed company shares have fallen, we undertake to make payment of an additional premium (upside) on the basis of price we achieve as part of the proposed sale,” reads the draft agreement.

Zee group has been a highly profitable company and therefore, Subhash Chandra is not likely to face problems in offloading his shares for the ‘strategic sale’. The MF officials expect ‘fair value’ from strategic sale on shares. “Invoking and liquidation of pledged shares would have caused the shares to tumble further. At the same time, holding on to the shares would have raised the risk of default. The formal agreement with Zee gives us more control. We are hopeful that they will be able to conduct strategic sale at fair value,” said an MF official. 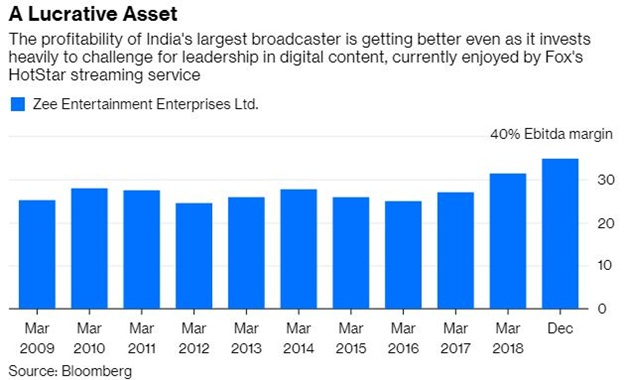 The personal guarantee by Subhash Chandra Goel is expected to improve the share prices of Zee, soothe the investors and also consolidate the position of Zee in the stock market.

Sehwag likely to contest Lok Sabha polls, BJP may field him from Haryana