The man who the defied the conventional and transformed Madhya Pradesh

Shivraj Singh Chouhan, a leader well known for pulling Madhya Pradesh out of BIMARU states (Bihar, Madhya Pradesh, Rajasthan, and Uttar Pradesh) is voted out of power after a successful stint of 13 years. The acronym represents most underdeveloped states of the country. In less than a decade and a half, he has been able to pull the state out of the league of most underdeveloped states of the country. Chouhan is known for efficient execution skills. He was considered a political lightweight despite more than two decades of electoral experience. Lokniti-CSDS pre-poll survey, the most trusted electoral survey in the country found that 45 percent of MP Citizens feel that their government should get another chance. A quarter of the respondents said they are ‘fully satisfied’ with their government.

Madhya Pradesh’s economy is reliant on agriculture with 70 percent of the people employed in the sector against 55 percent of the national average. Therefore Shivraj Chouhan decided to focus on reforming agricultural sector of the state. When BJP came to power in the state, MP’s share in the agricultural output of the country was 5 percent, reached 8 percent in 2014 and is expected to touch 10 percent by the next Lok Sabha elections. Under Digvijay Singh, MP’s share in wheat production of the country declined from 11.3 percent to 10.2 percent within one decade, while under Chouhan’s leadership its share almost doubled to 17 percent. Before Shivraj Chouhan, agriculture was largely dependent on rainwater and this made farmers vulnerable to droughts. Chouhan government made heavy investments in agricultural infrastructure particularly irrigation. The state government decided to give a bonus on the MSP of wheat which played a huge part in encouraging farmers. It is not just wheat production where MP performs well, the state’s share in Soybean (90%), Grams (36%), Oilseeds (25%), and Pulses (24 %) is even more spectacular. 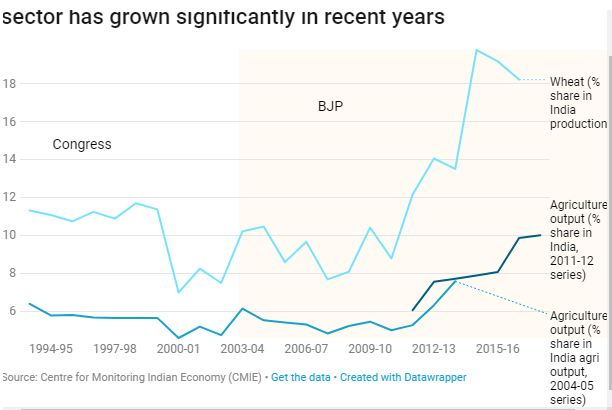 The industrial sector also performed well despite the human capital and industrial base limitations. Indore and Bhopal became the showcase of MP’s resurgent economy. The city of Indore ranked the cleanest city in the country in last two years as per the Swachh Survekshan report published by urban development ministry. The tax collection moved exponentially northward due to high growth in services and industrial sector and allowed the MP government to open its coffers for the poor. The welfare policies made him one of the most popular political leaders in the country. Madhya Pradesh government is known for caring its citizens from life to death with cash transfers for childbirth, marriage, and pilgrimage for senior citizens. The policies of Shivraj Singh Chouhan got him second and third term consecutively. In fact, the number of seats won by the party increased in 2013 MP Vidhan Sabha elections when compared to the 2008 elections.

BJP performed very well in reserved constituencies in the 2013 general elections. The party was popular among almost all caste and communities. The electoral performance of BJP in 2013 election show that majority of the people were satisfied with Shivraj’s first and second term. The neck to neck fight between both parties in 2018 assembly election with BJP getting a larger percentage of popular vote shows that majority of the people in the state are satisfied with the performance of Shivraj in last 13 years. 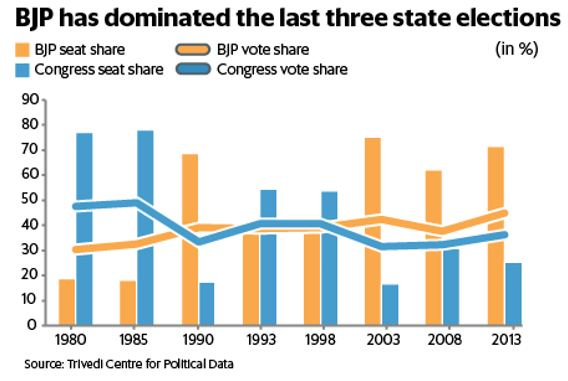 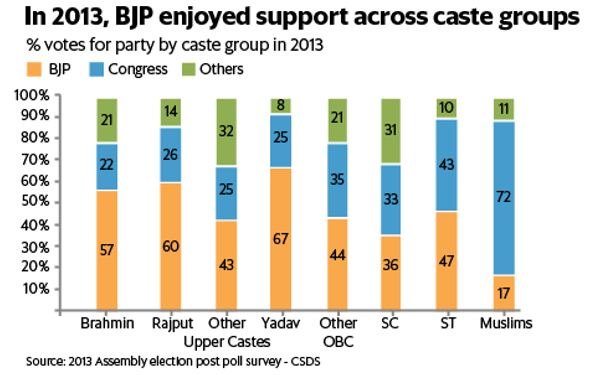 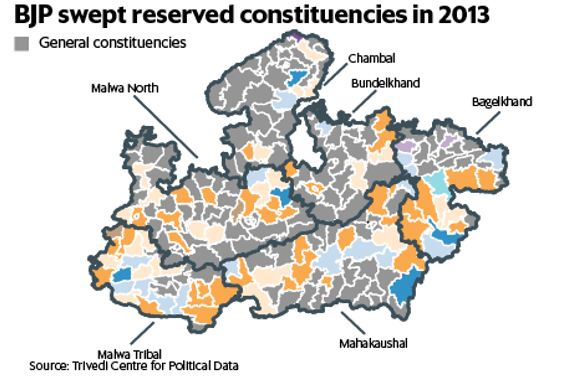 In more than one decade of governance Shivraj created states own welfare schemes as well as implemented the welfare schemes by the centre very efficiently. The USP of Shivraj administration has been the agricultural performance of the state. The transparent execution of centrally sponsored schemes like Pradhan Mantri Awas Yojana (Grameen) to Below Poverty level (BPL) households immensely.  The houses built under PMAY (G) are equipped with all basic amenities like toilet, LPG connection, electricity connection, LED bulbs, fans and clean drinking water. These facilities are being provided to BPL houses under other welfare schemes like Swachh Bharat Abhiyan, Ujjwala Yojana LPG gas connection, Saubhagya Yojana electricity connection. The merger of these schemes which are primarily targeted at poor households helps families get a fully equipped house for living a dignified life.

A successful administrator is one who builds consensus. The leader having statesman’ caliber brings all stakeholders together on an issue irrespective of their inclination. Shivraj Singh Chouhan, three times CM of Madhya Pradesh is among the few political leaders in the country that enjoy a mass appeal. On one hand, he has worked for the upliftment of poor and downtrodden section of the society through efficient implementation of various welfare schemes while on the other hand, he amended Scheduled Caste and Scheduled Tribe (Prevention of Atrocities) Act for instilling a sense of self-respect among upper castes and other Backward Classes (OBCs). Madhya Pradesh government also tried to bridge the fault lines in society through state intervention.  A few months back, the Chouhan government started a scheme named ‘Purohityam’ under which diploma course is being made available for the profession of priesthood. People from all the sections of society including Scheduled Castes and Scheduled Tribes could enroll in diploma course and opt for priesthood as a profession.

Madhya Pradesh is one of the finest examples of how the division of large states into smaller units improves the politico-economic conditions of a region. Before bifurcation, Madhya Pradesh was among the worst performing states of the country on almost all the socio-economic indicators. But in the post-bifurcation period, both states grew up exponentially and the living condition improved significantly in not more than two decades. Madhya Pradesh is the best example of how a good leadership can transform the whole state and alleviate the living standards. The upcoming generations of the state will be indebted to the great leader who single-handedly transformed the state. Shivraj Singh Chouhan demystified the belief that in post-liberalized India a state must embrace industrial and service sector growth for development. Under the leadership of Chouhan state moved on the path of development by embracing agricultural growth and millions were pulled out of poverty through agriculture.

PM Modi and the BJP accept defeat gracefully, refrain from blaming the EVMs unlike their Congress counterparts