NPA and credit growth problem may be over, says RBI

Indian economy is all set to grow at a swift pace. The ‘twin balance sheet’ problem, identified as the major reason behind low economic growth in the Economic Survey is getting solved. The banks in the country could not lend due to capital shortage and companies did not apply for loans because they were not able to pay back the money borrowed earlier. This was termed as ‘twin balance sheet (TBS)’ problem by the former chief economic advisor, Arvind Subramanian in Economic Survey.  As per the financial statements of Scheduled Commercial Banks (SCBs) up to September month, the Non-Performing Assets (NPAs) has declined over last two quarters of this fiscal year while the credit growth is back on track. 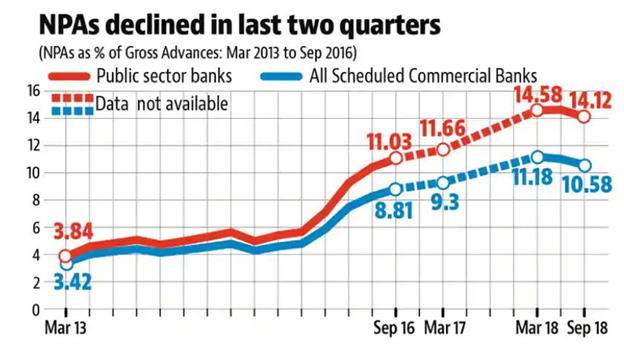 The Asset Quality Review (AQR) program was designed under the tenure of Raghuram Rajan and implemented by Urjit Patel on December 2015 to solve the NPA crisis. However, NPAs grew further in forthcoming years and AQR did not prove as helpful as expected. The real turnaround in NPA crisis came after the implementation of Insolvency and Bankruptcy Code in mid-2016. The resolutions under IBC gained momentum after a year of implementation of the law.

Modi government solved the twin balance sheet problem by the implementation of different measures to resolve the NPA crisis and revive credit. If the government had given a few more years to Insolvency and Bankruptcy Code, the capital shortage could be solved because banks were to get back the majority of the loaned amount from the resolution through IBC. But the government decided to pump money in undercapitalized public sector banks from its own coffers to revive credit growth. So, the banks were helped in two ways- first, they got money from resolutions under IBC and secondly from the capital infusion programme of government. 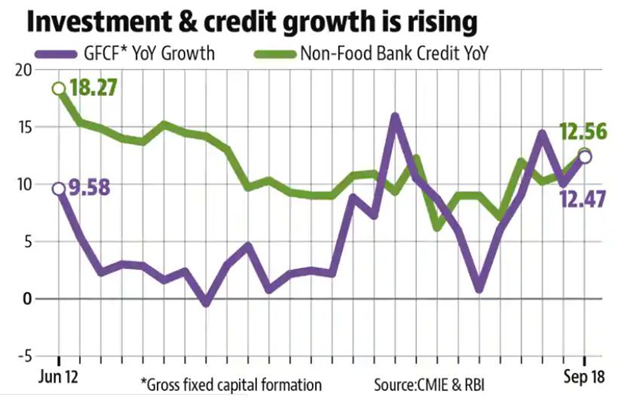 Banks have recovered a total of 1.1 lakh crore from defaulters by the end of September. So far 977 cases have been filed in National Company Law Tribunal (NCLT) where lenders led by banks or operational creditors such as suppliers initiated the process. This fiscal year, public sector banks are aiming to recover 1.8 lakh crore which is two and half times more than the last fiscal year. The fear of IBC forced the defaulters to pay back the loans because if the lender goes to IBC and the resolution takes place under the law, the promoters will be not be allowed to bid for the company. This created the fear of losing the company and promoters were forced to settle cases before lenders approach courts through IBC.

The gross NPAs of all the banks in the country amounted around Rs 8,40,958 crores in December, led by industry loans and followed by services and agricultural sectors. India has the second largest share of bad debts in the world with 9.6% gross NPA. Only Italy is ahead of us with 16.4 % of NPA, while other major countries like the US, China, and Japan have 1.1, 1.7, and 1.3 % of NPA (non-performing assets) respectively. Earlier, exit from the business was one of the most tedious things to do, thanks to socialist business laws which were the hallmark of the last government. These laws helped in creating large non-performing assets, which was the largest problem faced by the Indian government and the Reserve Bank of India in the previous decades.

The revival of credit will spur the economic growth. Modi government was able to maintain economic growth superior to that of the UPA era despite unfavorable credit environment and turmoil in the global economy. As the domestic and international environment becomes supportive, the country might be able to reach double-digit GDP growth long envisioned by the policymakers.

Saffron surge in the anti-India bastion, Sankalp rally across JNU