Bad loans resolution rules to be eased for MSMEs

RBI has finally mended its ways with government on majority of issues including micro, small and medium enterprises (MSME) loans restructuring. The central bank had gone very hard on bad loans in last few years which resulted in credit halt to big corporations and MSMEs. The big companies have alternatives to bank loans source of capital like foreign direct investment, foreign portfolio investors (FPIs), foreign institutional investors (FIIs), debentures and equities. But MSME sector companies are largely dependent on loans from banks for capital requirements. The hawkish policy for NPAs cleanup made loans scarce and this led to slowdown in economy, especially in MSME sector. Rajiv Kumar said rising NPAs during the tenure of Raghuram Rajan stalled credit disbursal to the industry and in the case of the micro, small and medium enterprises (MSME) industry, credit actually shrank. 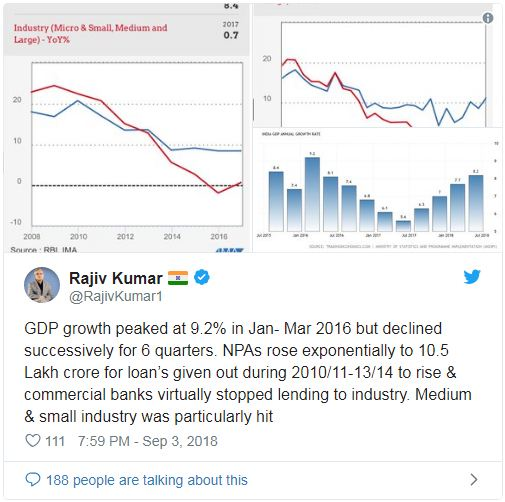 The government was pushing RBI to go soft on MSME loans regarding insolvency resolutions. The lax regulations by the central bank played role in NPA pile up in post-2014 period RBI decided to take very strict actions on bad loans in an effort to image makeover. However, the stalled credit hurt the economy as well as jobs in MSME sector. The government also brought alternative to IBC process for solving the bad loans problem for MSME sector because IBC resolution will be very unprofitable for any MSME company. MSME sector is second largest employer in the country after agriculture. Government appointed S Gurumurthy, an ardent supporter of MSME sector to the RBI board to push the central bank to go easy on MSME loans. However, RBI was not ready to follow the government until the RBI board suggested to do so in the meeting on 19 November. 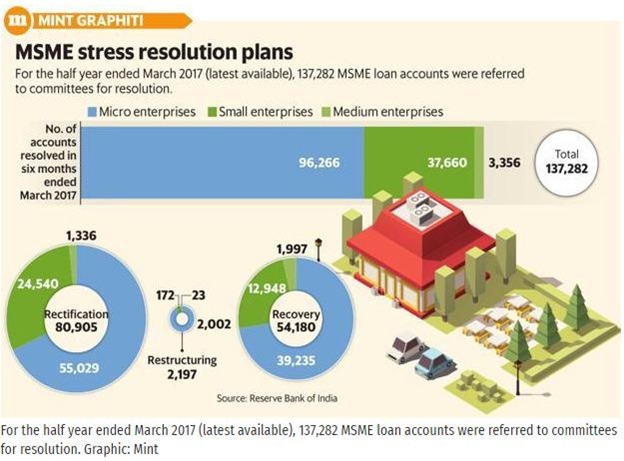 The MSME sector is performing better than the large companies. Bad loans in MSME sector is at 11.5 percent while that of large companies in 19.5 percent. Now RBI will extend the timeline for stress recognition, “While the existing framework provides for early detection of stress in MSMEs and charts a mechanism for resolution, the new scheme could perhaps relax the existing stress recognition timelines,” said a person familiar with development. “Any restructuring should alleviate some stress points, although we are not really sure if restructuring without either economic loss absorbed by lenders or a cyclical growth uptick will result in a sustainable solution,” said investment bank Jefferson it its report on RBI’s decision.

The Modi government is trying to revive MSME sector which was badly hurt due stalled credit, and short term shocks of demonetization and GST implementation. “When the Modi government came it realized that it could not generate jobs unless it funded the 58 million unfunded unorganized businesses which needed a capital of Rs 12 lakh crore — of which just 4 per cent was provided by banks. The government decided on a new financial architecture, the MUDRA bank, on the lines of the National Housing Bank, to focus on them and fund them. But Rajan’s RBI stonewalled it, saying it would lead to regulatory arbitrage — meaning seeking to profit between two regimes — and systemic risk,” wrote Gurumurthy who holds significant influence in policy circles of Modi government. 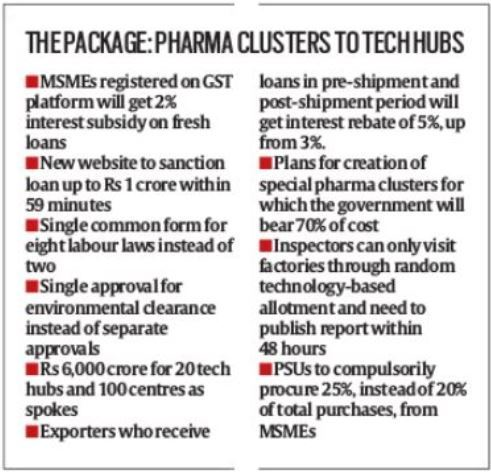 Recently, the government announced many steps to support MSME sector including faster approval of licenses, easier and cheaper credit. The MSMEs registered under GST will get 2 percent interest subsidy on new loans. The government also launched a website named psbloansin59minutes.com to provide easier and time bound access to loans for MSMEs. The government wants to revive MSME sector to create more jobs and achieve double digit economic growth.

The false narrative of ‘Brahminical Patriarchy’

Explained: Why Rahul, Omar and Mehbooba are coming together.