PM Modi will visit Varanasi to receive first consignment moving on country’s first Inland waterways on November, 12. “Prime Minister Narendra Modi will receive the container vessel travelled for the first time on inland waterways – NW 1 on the Ganga at Varanasi on November 12 at the newly developed multi-modal terminal and shall dedicate the terminal to the nation,” said Nitin Gadkari, Union Minister of shipping, river development and Ganga rejuvenation. “Inland waterways transport in India is set for a revolution and the massive work done on waterways has started showing impact,” he added.

Modi government pushed for using Inland waterways after coming to power and developed National Waterway-1, Kolkata to Varanasi. The first container currently moving on National Waterway-1 carries 16 containers of food and snacks by PepsiCo India, a weight comparable to 16 truckloads. The containers are being transported by MV RN Tagore, a vessel named after 20th century poet and critic Rabindranath Tagore. On return, the vessel will carry IFFCO’s fertilizers from its Phupur plant to Prayagraj. The vessel was flagged off on October, 30th  in the presence of Shri Gopal Krishna, Secretary (Shipping) of Government of India, and Shri Pravir Pandey, Chairman of IWAI, and PepsiCo representatives. National Waterway-1 is being developed through financial and technical assistance from Word Bank with a cost of Rs 5,369 crore under the banner of Jal Marg Vikas Project (JMVP). Its success will facilitate movement of vessels with capabilities of 1,500-2,000 Deadweight Tonnage (DWT). NW-1 will cover the distance of 1,390 km from Haldia in West Bengal to Varanasi in Uttar Pradesh. 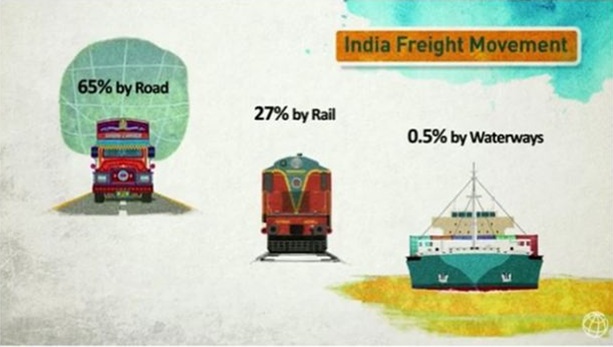 The vessel, flagged off from Kolkata last week on NW-1, is Inland Waterways Authority of India’s (IWAI) first venture in the Private Public Partnership (PPP) model. The National Highway Authority of India (NHAI) is operating on PPP model since long and became enormously successful in the construction of world-class highways across the country. But IWAI never tested this model despite coming into existence in 1986, two years before the formation of NHAI. IWAI has transferred the operation and management of its terminals on NH-1 in Kolkata to Summit Alliance Port East gateway (India) Pvt Ltd (SAPEL) on Supply Operate and Maintain (SOM) model. 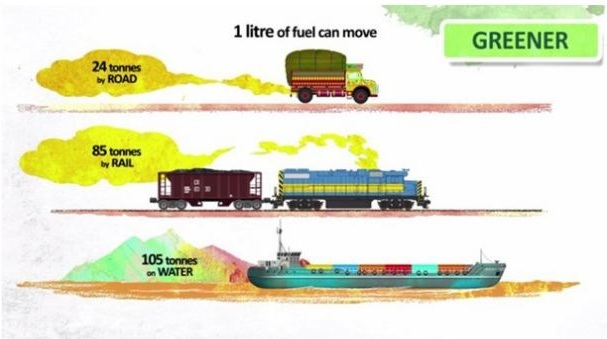 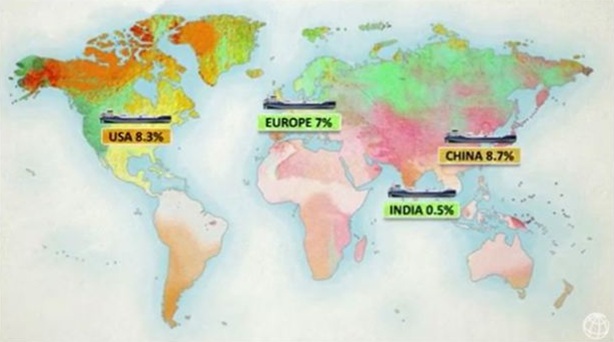 Today, Indo-Gangetic plain is among the very rare regions of the world where perennial rivers exist. However, for decades, the option to use perennial rivers was not well explored for transportation. Modi government pushed for using Inland waterways after coming to power. Nitin Gadkari flagged off the run at NH-1 in August 2016 when a consignment of Maruti cars was shipped from Haldia to Varanasi and since then the pilot run has taken place on more than 15 routes including the move on NH-2 (Indo-Bangladesh Protocol Route) on Brahmaputra River. The freight movement through inland waterways is only 0.5 percent while in many other countries like China and the United States; it is more than 8 percent. The movement through waterways is fuel efficient, cheaper and environment friendly. India is one of the largest importers of automotive fuels in the world. By greeting the first such facility in India, PM Modi has paved the way for enormous development prospects in the field of transportation.

The growth in economy has pushed the consumption of crude oil and this has raised the import bills of the country. Freight Transportation through waterways could bring the import bills down because it is more fuel efficient. In one litre of diesel, ships could carry 105 tonnes of load through waterways while roadways and railways could carry only 24 tonnes and 85 tonnes respectively.

Jharkhand to be an open defecation free state soon