Monetary resources are very important for parties to win elections in any democracy. The elections in India cost far less than countries like United States but still money plays an important role in elections here. The donation, any political party receives has a positive correlation with its electoral prospects in the upcoming elections. The ruling party is always at forefront on bagging monetary contributions from corporate houses. There are ideological considerations too, a party that is more capitalist on the ideological spectrum is more likely to receive heavy donations from the corporate. The corporate houses bid on the parties which are more likely to win elections in order to have more leverage over the upcoming government. Therefore, a higher corporate donation to any party also suggests the higher winnability of the party. 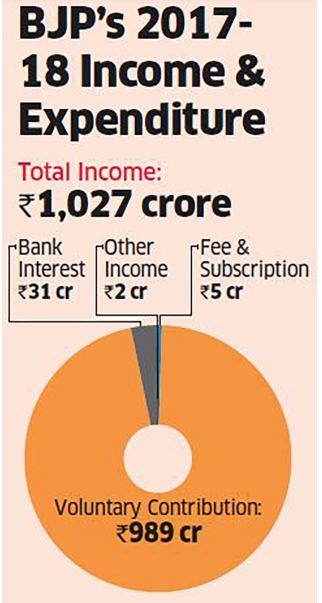 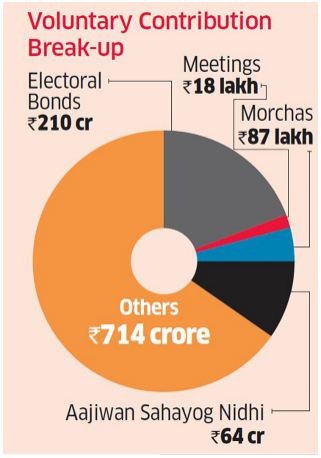 BJP was at the forefront of receiving electoral bonds introduced by the NDA government in 2017. The audit and income tax report of BJP revealed that party got around 210 crores through electoral bonds. Congress has still not submitted its audit report to Election Commission of India (ECI) despite two reminders. State bank of India (SBI) issued electoral bonds worth 600 crore this year, while the government reported in Lok Sabha that bonds worth 222 crore has been purchased in a maiden tranche. Therefore, rest of the bonds worth more than 300 crore is expected to be reflected in income of political parties in the next financial year. Mamata Banerjee led Trinamool Congress and Sharad Pawar led Nationalist Congress Party (NCP) have not declared their income from electoral bonds in the audit reports. It seems that a good amount of more than 300 crore money could be in their coffers.

The Congress party has been facing financial problems for the last few years. They even have not sent funds to their local and state units to cover their respective daily expenditures, and these units now depend on crowd funding to make their spending. According to a report by Bloomberg Quint, the Congress party led by Rahul Gandhi is facing problems since Modi government introduced electoral bonds. The electoral bonds were introduced to cleanse the system of political funding in the country. The cash crunch in Congress just after the nation has moved towards a transparent system is suggestive of the fact that most of its funding was through grey channels. A report by Bloomberg Quint quoted Divya Spandana, who leads the Congress Party’s IT cell, saying “We don’t have money in comparison to the BJP; the party is not getting much funding via electoral bonds.” 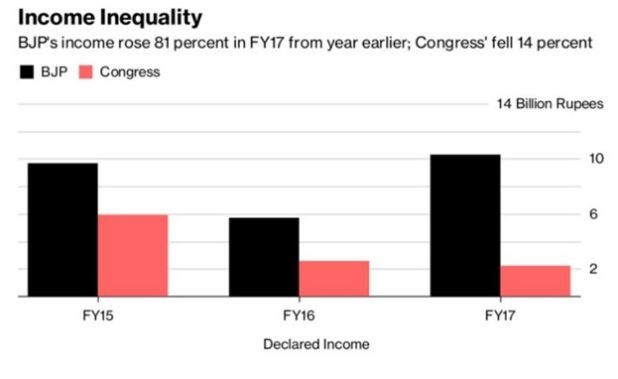 The funding to BJP has increased by 464 crore rupees in FY 17 in comparison to FY 16. BJP takes the largest chunk of political funding with 1,034 crore . BJP’s share is almost equal to the total funding of the seven national political parties in the previous fiscal year and two-third of the funding to national parties this year. The corporate and individual donors back the parties with high prospects. Therefore, the reduction in funding to Communist parties and the Congress suggests that their political prospects are low in the upcoming elections. BJP alone bagged almost two third of total funding which means that its political prospects are high in the general elections.