by Ashish Dwivedi
in Opinions
0

In his new book, reminiscing on his tenure as the Chief Economic Advisor from 2014 to 2018, Arvind Subramanian has claimed that demonetisation was a “massive, draconian, monetary shock.” Naturally, the media had a field day in projecting this as an admission of demonetisation’s failure from the man who was tasked with implementing the exercise. The demonetisation naysayers were gleeful and the mainstream media left no stone unturned to portray this as some sort of guilty confession.

There are multiple such examples of Arvind Subramanian’s endorsement, support and validation of the demonetisation drive. 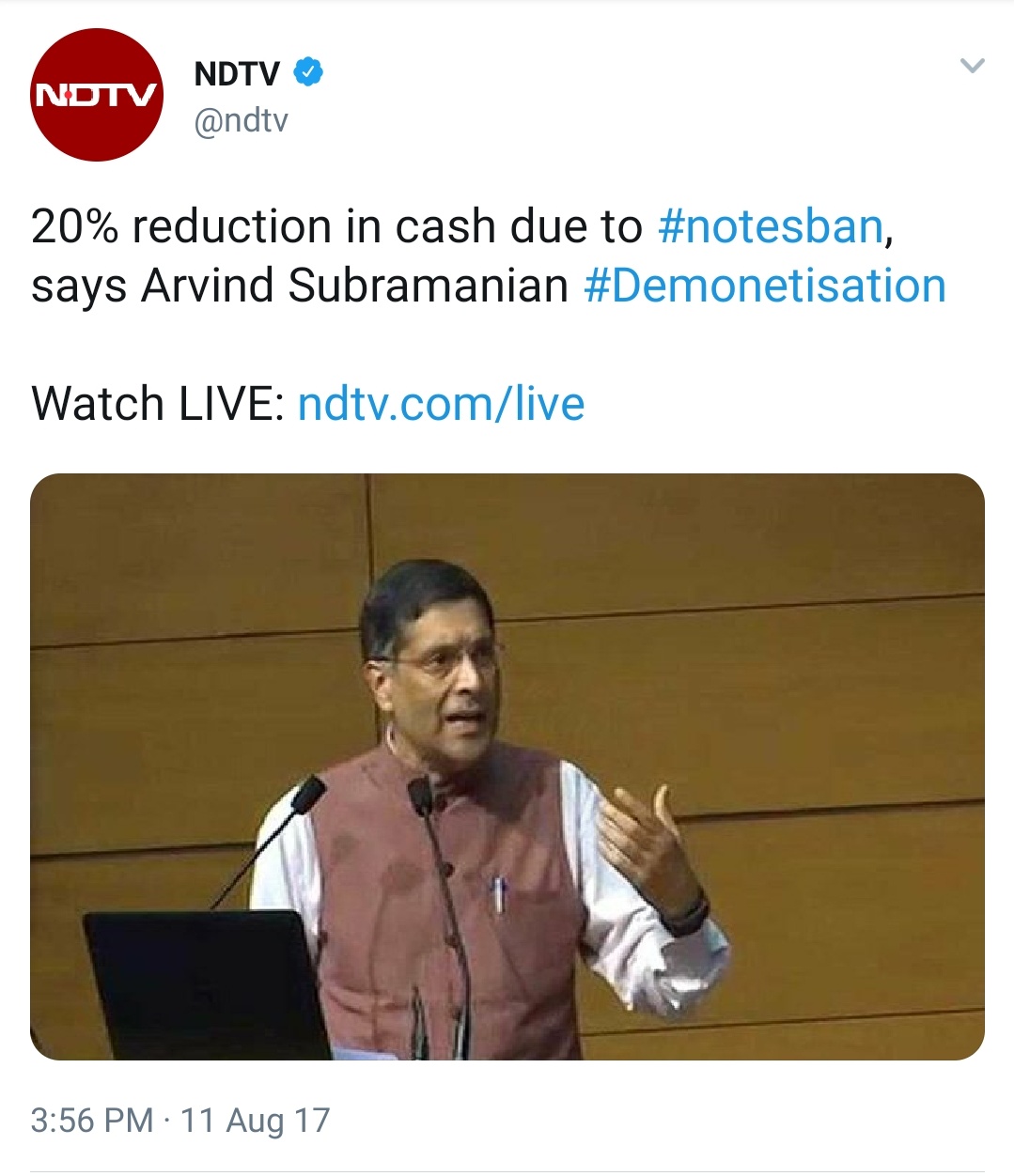 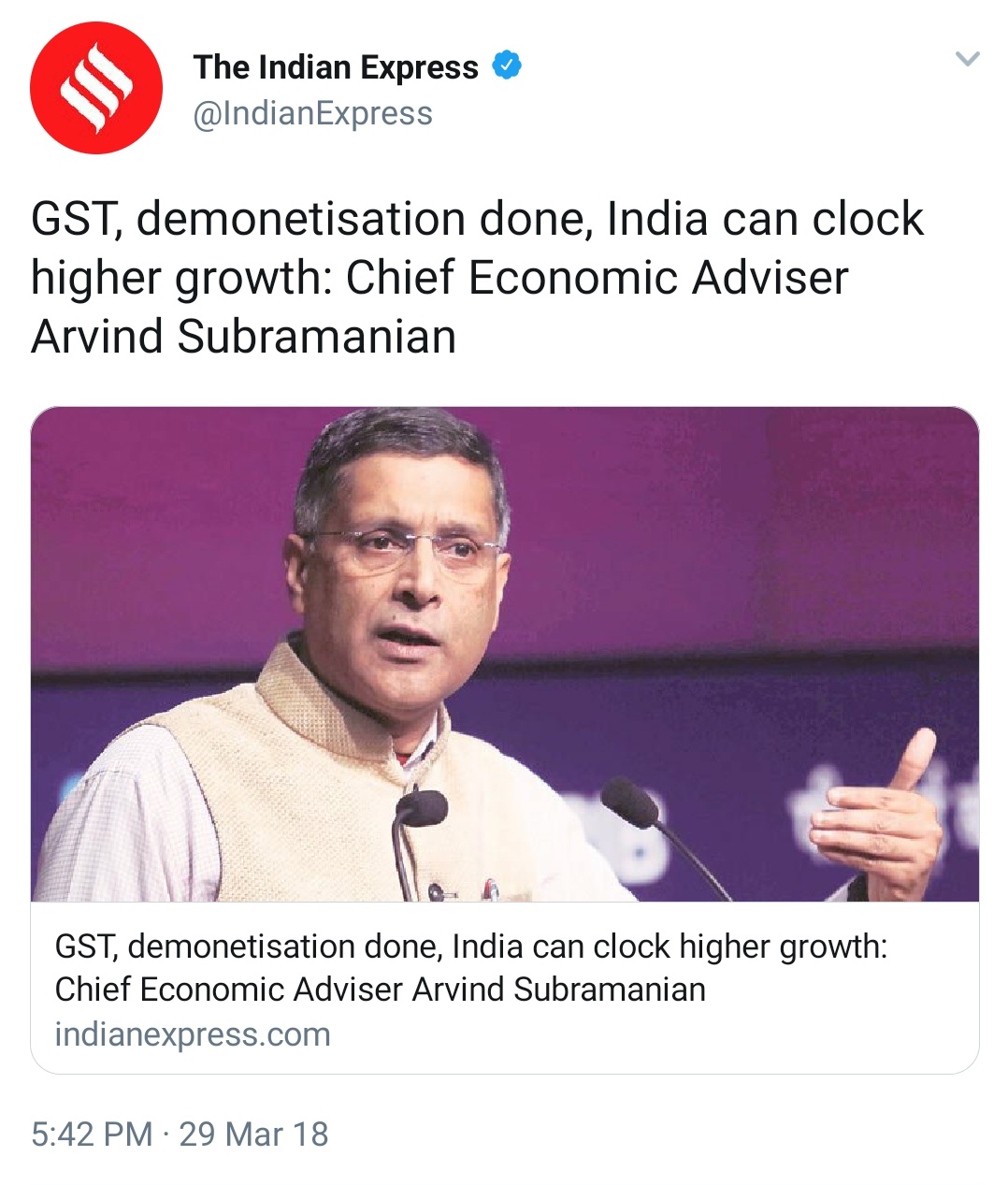 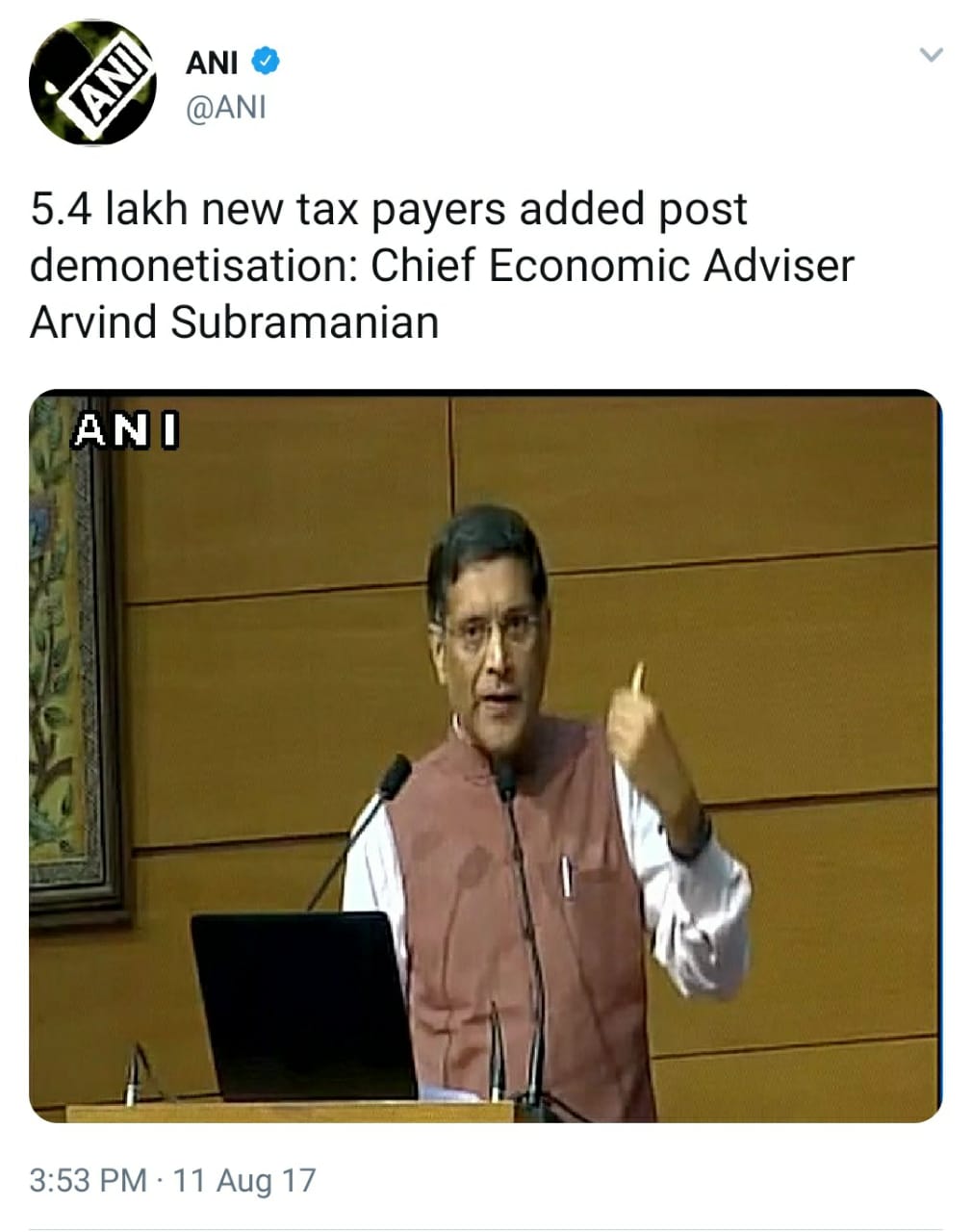 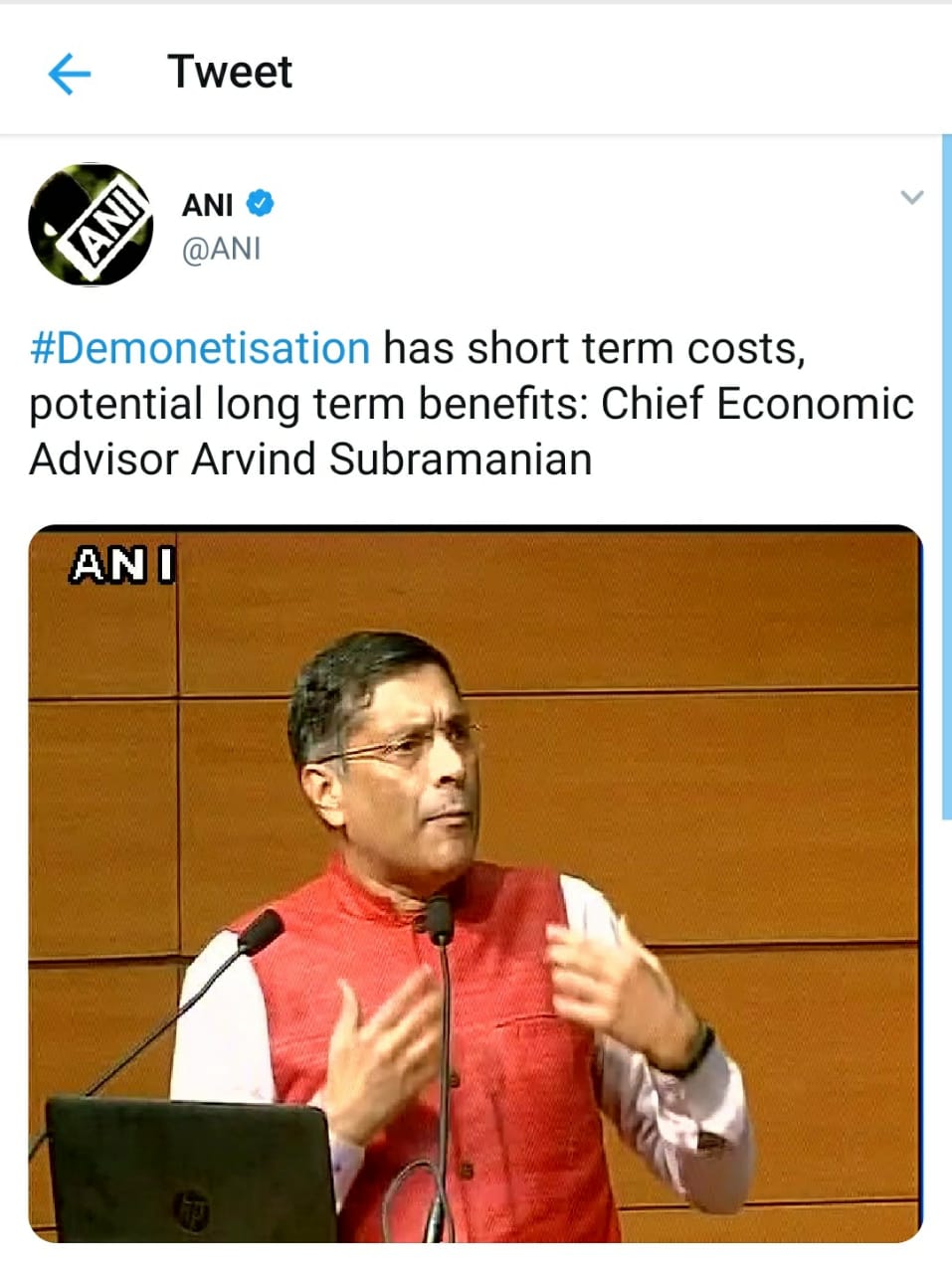 But perhaps the biggest endorsement of the demonetisation drive came from the Economic Survey, a report on macroeconomic trends of the country which was prepared by Subramanian and his team. The Economic survey clearly stated that India’s financial savings have increased thanks to demonetisation. The survey report further added, “India’s unprecedented climb to historic high levels of investment and saving rates in the mid-2000s has been followed by a pronounced, albeit gradual decline. This current episode of investment and saving slowdown is still ongoing. The ratio of domestic saving to GDP reached 29.2 percent in 2013 to a peak of 38.3 percent in 2007, before falling back to 29 percent in 2016. Post which it has been growing.”

The recent statement of Arvind Subramanian, then, comes as a surprise, taking into account his earlier statements. The mystery is, what contributed to this change of perspective barely months after leaving the office for personal reasons? This retrospective assessment clearly contradicts his earlier statements and so far, Subramanian has not provided a reason for this change of heart.

During the panel discussion in which he first revealed his intention to write a memoir, he had, in response to a question on demonetisation, quipped “Why do you want to deprive my memoir of commercial value?” In retrospect, perhaps this statement was much more telling.

The apathy of mainstream media over cyclone Gaja

India, the preferred business partner of the global giants