India South Africa Test Series: The Mistakes We shouldn’t have made

Losses don’t confer shame. But the manner in which they came does impact the morale of not just the team but a nation that has hopelessly, in the past few decades, grown to attach a lot of importance to what happens on a cricket field. Quite naturally, the way India lost the Centurion Test and the test series in South Africa, it hurt!

Unlike some of the teams of the past, the current one under Virat Kohli had the belief and the prowess to upset the apple cart, or that is what it made us believe before the commencement of the series. They were unstoppable at home, thrashing teams for breakfast, pillaging the pride of the visitors and gifting records to each other like they bought it from a flea market.

But how you step up and dominant the scene once thrown out of the comfort zone is what the true hallmark of a champion is.  And here India failed. Not just failed, it looked like a bunch of deer in headlights – absolutely clueless of how things unfolded in Centurion.

A series in South Africa is tough. Conditions are completely alien for the teams from sub-continent but that’s not an excuse; it should not be in an age when the bank accounts of cricket boards have eroded the distance and the blockers. India did not play a practice match because they wanted proper net sessions. Does it work this way? Might have but in hindsight, it appears to be a foolish call to begin the tour.

But as we analyze every session, Team Selection looks like the biggest reason that led to India’s meek surrender in the second test against Africa!

Now that we have started talking in hindsight, it’s slightly easier to figure out what went wrong. To have Rohit Sharma in the team after he did no wrong in the first Test to prove that anyone but he deserved a place in the XI for the second Test was a baffling call. And it hurt. Parthiv Patel had to be drafted in because Saha was hurt, so cannot question that move. But given how Parthiv’s glove-work in the series has been, was there no alternative? Given Kohli’s penchant for out-of-the-box thinking, could it have been KL Rahul behind the stumps with Rahane in the side? Sounds a little naïve but so have been many decisions on the tour so far.

Bhuvneshwar Kumar started the tour with a bang, he had South Africa two down before they could hit double digits in the first Test. Throughout that Test he was the premier bowler. But what was he dropped for? Because Ishant Sharma is tall and bounce was an important factor in Centurion. Explain that!

If Kohli and Shastri were so hell bent on having Ishant in the team, it could have been done in place of Shami who was completely off-colour in the first Test. Did manage to get some wickets in the second innings but it was the first innings in Cape Town when his lack of contribution burdened Bhuvi.

Now the mother of all: Ajinkya Rahane has not got runs in the past few matches. There’s no gainsaying that. But can you deny that he is perhaps the best suited batsman in India for conditions which offer steep bounce and seam? Why then was he kept out, not just for the first Test but the second one too? Rohit has failed miserably and the middle order looks light as a paper, but the ludicrous approach of the management made one of the best resources warm the bench.

In India’s last eight run-outs in Tests, Pujara has been involved in six. The man just does not fit the standards of running in international cricket. True, he has dodgy knees but he has to find a way around it. Such run-outs have cost him his place in the side in the past. And in Centurion, it cost India the match. Kohli’s emphasis on peak fitness will not skip this factor for long.

The series is gone now and a Test remains. There’s a lot to reflect on and very little to do. India’s extended home-run made them too accustomed to one set of conditions and exposure to conditions in South Africa proved to be too tough.

But all cause is not lost yet. Kohli needs to regroup his men to fight for one last time in the series against South Africa. Sometimes, and only sometimes, salvation bears sweeter fruits than those of victories. Given how India are down and out, it definitely is the need of the hour. Kohli the captain will have to step-up.

There will be a lot of changes, some might make us frown but as long as they translate into wins no one cares.

Ravi Shastri was brought in with a lot of hope and as a coach he is as answerable as Kohli. His policy of aggressive intent has not quite clicked and the plan B needs to come to the fore.

One of the pointers in the brief for this write-up said, “Shastri needs to pull his socks up.” But can you pull up socks which were never there? Let the third Test begin, this weird statement might make a lot of sense. 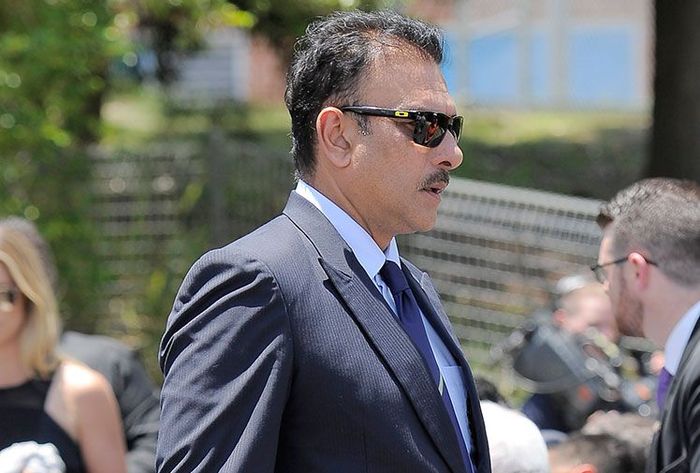 4 Reasons why BJP is winning Odisha this time