Muslim Murders, Indian Seculars don’t want you to know about

by Ankur
in Opinions
0

Gowhar Ahmad Bhat's throat was slit by terrorists in Shopian

A youth wing leader of BJP, from Bongam area in Shopian,  Gowhar Bhat, was murdered by terrorists in Jammu and Kashmir. His body was recovered from an orchard in Kiloora with a slit throat. 30 year old Gowhar Bhat was the district president of the Bhartiya Janata Yuva Morcha and had been associated with the party for over two years. He had played a crucial role in organising first BJP state youth convention recently.

Police reports say that Gowhar Bhat was abducted from his home in Shopian town around 6 pm. His body, with the throat slit, was later recovered from a nearby village.

Targeted killings of pro Indian Kashmiri Muslims have really spiked up in the last couple of years, with Pakistan trying to bring Kashmir back to the horrible times of  1990s.

The cross border efforts have intensified as a desperation post the surgical strikes and the large scale relentless pursuit of terrorists in Kashmir by RR this year for elimination.

22-year-old Lieutenant Ummer Fayaz of Indian army was kidnapped and killed in May by Lashkar-e-Taiba and Hizbul Mujahideen operatives. Fayaz, son of a farmer and an avid sportsman, had gone to attend the wedding of the daughter of his maternal uncle at Batapura, about 74 kms from Srinagar, from where he was abducted by armed militants around 10 pm at night, right from the ceremony. His bullet-riddled body was found in Harmen area of Shopian the following morning, hours after he was abducted by militants from Batpura village. His body bore signs of brutal torture.

Md Ramzan Parray, a BSF jawan was shot dead in September 2017 while resisting an attempt by terrorists to kidnap him. The terrorists severely wounded his family members as well. He unsuccessfully tried fighting off the assassins with an axe.

DsP Mohd Ayub Pandit was lynched by a mob outside Jamia Masjid in Nowhatta, Srinagar. He was killed outside the mosque for allegedly shooting a video of stone pelters. He was stripped naked and stoned to death by an irate mob. “He tried to free himself and even fired in self-defence, injuring three, but the mob got hold of him and brutally beat him to death. Even bite marks were found on his body.

Some less talked about targeted killings in Kashmir in 2017 were:-

October 18, the body of Aijaz Ahmad Lone, a teacher from Gatipora village of Shopian, was found in a nearby village of Wathoo with his throat slit.

In August, PDP worker Muhammad Ismail Parray, a 24-year-old student and a cable operator, Hilal Malik, were killed by militants within less than 24 hours.

Well, the common thing with all those murders is that no leftist/liberal/secular tears were shed for them. No awards were returned. No one saw freedom being in danger. No one saw fascist forces taking over.

The oversensitive bleeding hearts who cried rivers and screamed “not in my name”  like DJs on crack  for cattle thieves and thugs did not think that these people mattered even a bit.

Because in leftist/liberal/secular eye, a Kashmiri Muslim’s death is a catastrophe only if the deceased was a stone pelter, militant, gunned down by security forces . If the Kashmiri Muslim is a police/paramilitary/army personnel, it is merely shrugged off as ‘bad luck’, ‘consequential violence’  or ‘internal matter’.  We all knew the left liberal indifference to Kashmiri Pandits. Now it seems that pro India Kashmiri Muslims have become persona non grata for them as well.

For a left liberal in academia or media, Burhan Wani is the voice of Kashmir, but Lt Umar Faiyyaz is just another statistic. The left liberal has nothing to say about the Kashmiri Muslim killed by Pak backed terrorists that include people from all walks of life –soldiers on leave, policemen on duty, sarpanchs, school teachers, shop keepers, cable operators or any one else. Their hearts only ache for stone pelters and terrorists. 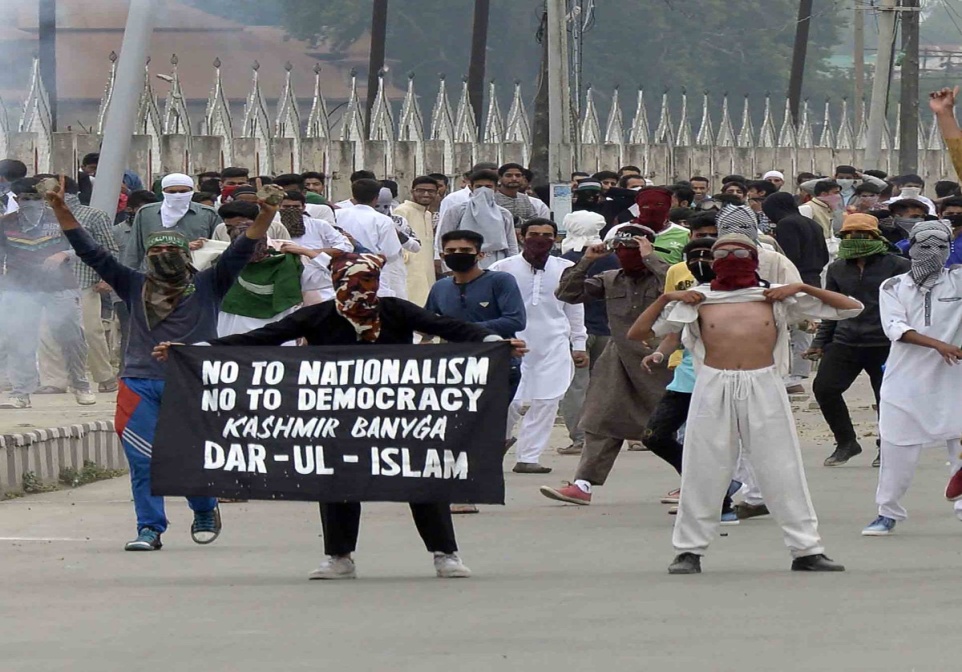 The murderer of five IAF personnels (Yasin Malik) could join mainstream politics but Major Gogoi had to justify his actions of saving his fellow men and Asst Cmdt Anubhav Atrey faces court martial over killing a smuggler. This is a dystopia where the Supreme Court cannot find proofs of Kashmiri Pandit persecution in three decades but holds hearing for terrorist Yakub Memon at 2 AM.

What is worrying here is that Kashmir is being made into a madhouse of anarchy where public is ready to attack each other. And as if twenty years of Let, Hizbul were not enough, Daesh is making its presence felt in Kashmir as well. Its Kashmiri Muslim vs Kashmiri Muslim now, and brutal examples are turning up frequently. Its as if the pro India Kashmiri Muslims have become wajib ul qatl (fit for slaying) for allying with the ‘kafir’ Indian state.

In spite of this environment, a lot of youth in Kashmir are coming forward to join mainstream politics. Kashmiri Muslim commoners joining the mainstream is Pakistan backed separatists biggest nightmare. Gowhar Bhat’s slaying was something to dissuade just that.

But the overwhelming number of mourners in his funeral is the sign of changing times, when back in even 1960s, political workers (National Conference had merged with INC then) were denied burial spaces.

And lets give a big round of applause to the brave BJP leaders who at least acknowledged the killing of one of their workers here , unlike staying mum on the dozens of their party workers getting killed in Kerala and West Bengal.

The worst thing to do post this killing would be to again dish out the nonsense called as Kashmiriyat in press conferences and in popular discourse. This is not just shameless, its downright insulting.

Kashmir is a war zone, where our security forces both army and paramilitary are putting their soul into neutralizing terror for close to three decades now. Away from home, in unknown hostile territory, surrounded by a populace which won’t bat an eyelid before stoning to death any policeman or soldier who is isolated.

This entire concept of Kashmiriyat needs to be scrapped if it means giving legitimacy to separatists and treating traitors with kid gloves.

Kashmiriyat is the ruins of the Martand temple, the beautiful monument along with many other monuments. 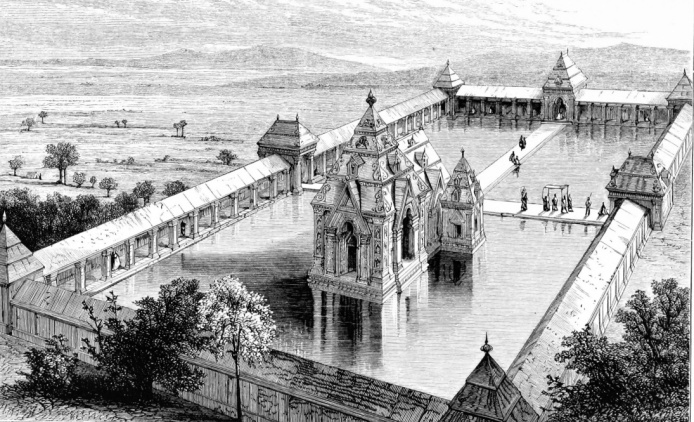 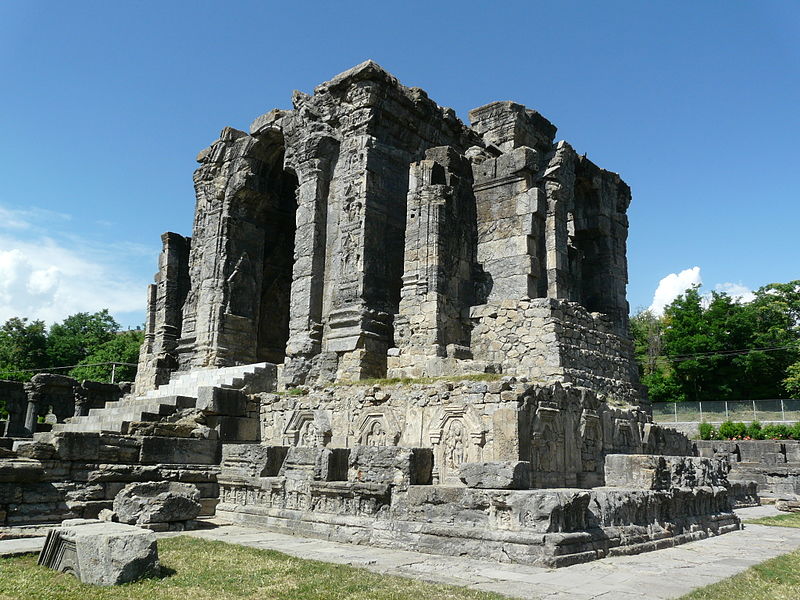 It means the same choice which Sikandar Butshikan and those after him gave to the Hindus in Kashmir, six hundred years before Pakistan backed terrorists:- Convert or die.

It means the devious sufis who , using deceit and lies in the garb of music and mysticism , laid the road for future invasions and conversions.

It means the destruction of hundreds of temples, literary works, culture, dishonour of men and women, and more than ten mass exoduses of Kashmiri pundits.

It means genocide and conversions at such a large scale that Kashmiri pundits are today so less in numbers that every family essentially  knows the other.

It means the amputated hands of the scholars because they wrote the Sharda script, it means having Hindus pay four silver coins as a price of cremating their dead, it means seven mounds of sacred threads of the slain pundits burnt, their women defiled…

Most of all it means the denial that this really happened and cowardly propaganda of a composite culture.

The army is doing its part, now its time for the civilian government to stop hiding behind others, and to ensure that the beautiful valleys produce more of Umar Faiyyaz and none of Burhan Wani.

PM Modi is abolishing an Old Appeasement Policy, Liberals and Opposition Can’t Do anything About it

Court Gave Him Bail, Yogi Government Nabbed him the very Next Day