Thank You Anupam Kher for initiating “March for India”!

by Sanjeev Singh
in Opinions
3

It must be tough being Anupam Kher right now. He along with Madhur Bhandarkar and Raveena Tandon stood up to represent the actual sentiments of Indians and organised “March for India” today to show solidarity.
Fact is, Anupam Kher has already been given the “communal” certificate by the media since quite some time now. And there is an interesting reason behind it.

Few months ago, a Jammu & Kashmir MLA Engineer Rashid stated that Kashmiri Pundits should apologise to Kashmiri Muslims for their migration. Just imagine this hypocrisy; Kashmiri Muslims in an organised manner attacked, raped, killed and finally threw out Kashmiri pandits from every corner of the valley. There were announcements on Mosque loudspeakers and locals shouted “We will throw away Kashmir Pundits and keep their women”. This is the atrocity they had to endure. And now they are being asked to apologise for it.

This is the same MLA who organised Beef Party to mock Hindu sentiments and very publicly so. He was thrashed in the assembly for this. Now following his logic, MLA Er. Rashid should apologise to his thrashers for being thrashed.
Anupam Kher rightly replied to the MLA ‘Should Jews apologise to Germans?’ and that was it. He officially became communal with this comment which was as logical as it can get. These is the kind of ideology that Anupam Kher is fighting against.

This “Award Waapsi And Co.” intellectual camp comprises of two kinds of people. One, the likes of Zoya Akhtar, who are poles away from the realities of India. When not on foreign trips, they don’t travel out of South Bombay, let alone see what an actual village is like in India. The kind that sees India through news channel headlines and page 3 newspapers. As a result, their own research and viewpoint is zero.

And the “artistic and intellectual” fraternity is infested with such people. Returning awards is a smart thing to do right now. They have picked an easy target. Obviously they don’t want a fatwa on their head like Tasleema Nasreen has, so they won’t dare touch instances of intolerances by minorities.
They know they have only to gain from such drama. They become talk of the town, get publicity, and some odd abuses on twitter which would again add to their publicity. Well any publicity is good publicity isn’t it? Without paying a single dime. India would pay the price for it.
It’s no surprise now that the foreign media has been portraying India as a land where rioters run on streets and Hindu extremists have taken over the leadership.
Anupam Kher rightly debunks this portrayal. He says “Do we see police vans on street or rioters killing people on the streets of India?” Where is this intolerance, do these people even know how intolerance looks like?

And there is another kind, the Arundhati Roy kind. They have made a career out of maligning India. No wonder this group was most disgruntled when NGOs in India were put under scrutiny. Arundhati Roy goes around India and travels the world projecting India as an evil nation that has kept Kashmir hostage, among other sins. She openly supports extremist elements in Kashmir, and in effect supports the killings and rapes of Kashimiri pundits by these extremists. These kind of people roam Scott free as celebrities, spew venom and in the same breath shout Intolerance

in India.
That’s why it must be very brave of Anupam Kher to come out and stand up to talk for the other side. I can guess where that courage came from. He is a Kashmiri pundit. He would know first-hand the plight of the KPs. He might have known some people who have suffered real intolerance, some may have been his relatives. And it was brave of him to speak up. And when he did present the other side of the story at a recent debate, these “elite, intellectual and creative” people booed him to shut up his voice in the auditorium. Anupam Kher rightly said about this incident” The way they were behaving, there was no difference between street goons and them.” These are the same people that are raising voice against intolerance. 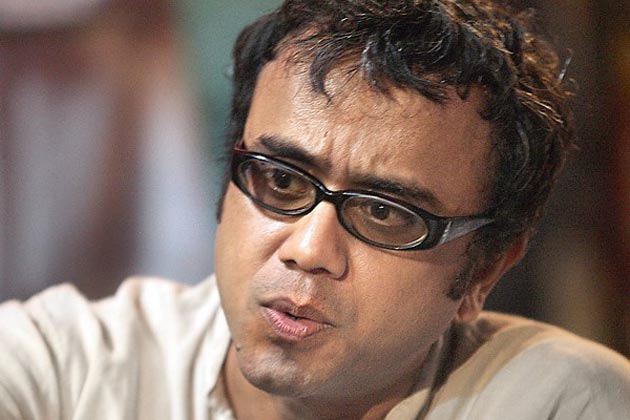 Anupam rightly exposed one of these spineless cowards, the recent award returnee Director Dibakar Banerjee who returned his national award for the movie Khosla ka Ghosla. Anupam Kher said ” Dibakar didn’t discuss with anyone in the team and retuned the award that was not his to return in the first place. The award was for best movie and it belonged to the producer.” He further says “When Dibakar approached me he was a nobody in industry, the budget of movie was extremely low and sometimes we were driven out of hotels but we stuck with the movie because we believed in it.” And then he exposes this spineless, whimsical director saying “He could have returned the national award for Oye Lucky Lucky Oye which was actually his, but he didn’t dare do so because the producer for the movie was Disney. He could not muster the courage to go against them.”

These are the kind of people who are in delusion that they would change society. These people are thought influencers and role models of many. This scared bunch that will sell India’s reputation for their 5 minute byte on TV.
I sincerely request them to get on with their creative work and not try to be voice of India, because they are not. All I can say to them is ” Tumse na ho Payega”

The significance of the Bihar elections

Bihar Elections 2015: An Unpleasant Advice to BJP, RSS and all Right Wingers