Marathi Regionalism- A case of misplaced pride or Language under threat? 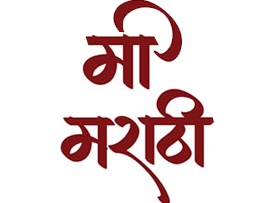 Marathi language cause, casually dubbed as “Marathi regionalism”, erupts on the national scene from time to time. This time, it has returned to the fore with a controversy that auto rickshaw permits would be issued only to Marathi speaking drivers. In the recent past, there have been many such controversies, what with the goondas of MNS and Shiv Sena forcing migrants from Bihar and UP to flee at one time, to Chhath related provocative statements at another, to screening Marathi films in Multiplexes at another instance. In a country that has hundreds of language groups, one tends to wonder, why is it that Marathi and Mumbai always make news (and not always in the most positive manner).

One must delve into history to find out the reason behind this “Marathi regionalism”. At the time of independence, large parts of Maharashtra and Gujarat were lumped together as a single administrative entity, known as Bombay Presidency. The capital of this state was Bombay, which was a cosmopolitan city, economically dominated by Gujaratis and the Marwaris, while a substantial chunk of the population was Marathi. At this point of time, Marathi speaking people were spread across various territories. As in other parts of the country, there was a demand to create a unified Marathi speaking state. This point had come before the Congress leadership in the state and at the centre. The states reorganization committee, in 1955, had recommended that the bi-lingual Maharashtra-Gujarat state should continue, it also recognized that the Gujaratis had valid stakes in the city of Bombay. The state, led by Morarji Desai at this time, and several other influential organizations and individuals wanted to have Bombay detached from the state and converted into a Union territory. In this recommendation, the first outburst of Marathi nationalism took place. Massive protests, and big electoral setbacks to the Congress (it ceded ground to the Samyukta Maharashtra Samiti) forced the Central government to partition the Bombay State, between Gujarat and Maharashtra. It was also decided to keep Bombay with Maharashtra.

With the creation of Maharashtra, there was a sudden influx of Marathi speakers from the hinterlands of the new state to the city of Bombay. Bombay, had at this time, an affluent caste dominated by the Gujaratis and Marwaris, the Middle class dominated by the South Indians and a Marathi labour class, which also faced competition from immigrants from other parts of the country. At this time, a cartoonist by the name of Bal Thackrey, formed the Shiv Sena, to protest the taking away of jobs from Maharashtrians by people from other states. The first victims of this violence were the South Indians, who worked mostly as clerks and small shop owners and were thus easy targets.

The cause of Marathi language came to fore with the rise of Shiv Sena. Hitherto, Bombay was a Marathi-dominated city with a cosmopolitan culture. The emergence of Shiv Sena saw attempts to reinstate Marathi culture in the city. As a part of this, Bombay was formally renamed as Mumbai (which is what the city was always called in Marathi). Given that Mumbai had become the financial center of India, there was also massive migration into the city. It is quoted that 55% additional population of Mumbai between 1991-2001 came from outside Maharashtra. Many of these migrants were people from UP and Bihar who had come to Mumbai seeking prosperity. Mumbai, as a city, thus came under tremendous cultural stress, with the Marathi speakers decrying the loss of Marathi identity and its replacement with the North Indian culture. This unfortunately manifested itself in reckless acts of violence by Shiv Sena, and later the MNS. Instead of providing a positive agenda to encourage the growth of Marathi, these outfits have, as a rule, tried to terrorize the non-Marathi populations.

Marathi, as a language, is easy to understand, at least for Hindi speakers. There exists a great deal of mutual intelligibility between Marathi and other Sanskrit derived languages. Yet, there has been remarkable disinterest shown by many immigrants to pick up the local language. Local administrations too have failed to encourage migrants to learn Marathi. As a result of this, Marathi, As a language and culture,is definitely under a lot of stress in Mumbai. In this age of globalization, English is the language required for jobs, while Hindi is the language that is commonly spoken, thus, the space available for Marathi has been constantly shrinking. Mumbai houses Bollywood that has made Hindi language familiar the world over, but one must also look at the state of affairs of the local film industry (which lately has begun to show signs of revival). And it is this grouse of “Language/culture under threat” that has been driving Marathi regionalism.

In many ways, “Marathi regionalism” is in no way different from language based pride movements in other states of the country. Many complain that the Tamil only policy in Tamil Nadu, makes it difficult for them to acclimatize quickly, yet very few even attempt to appreciate Tamil language and culture. Instead of getting into a “Why should I learn your language” and “My culture is better than yours” debate, it will help India’s cause better, if migrants make genuine efforts to embrace the local culture (there is no debate that vice versa should also occur). Local governments should also encourage the spread of their languages among migrants using positive inducements. Riots and Forced evictions are definitely not acceptable given the interdependence that local and migrant populations have on each other.

The government of Maharashtra, is the local government for the state of Maharashtra, which has a large Marathi population. We must therefore understand, that the government, will from time to time pass legislations that propagate the language or the Marathi culture.Government’s decision to showcase Marathi films in Multiplexes must be seen in that light. As must be the decision to have auto rickshaw drivers speak Marathi (In 15 years, surely anyone can get a working knowledge of Marathi). This (even as it snowballs into a major controversy) is nothing new. It is mandated as per the local law. The only thing is, is that the Marathi cause should not be a mere “कामापुरता मामा” (exploited to reap benefits), as they say in Marathi, but a genuine effort to protect and spread the language and culture.

A R Rahman Fatwa and Silence of the Adarsh Liberals

Why does India love Narendra Modi?