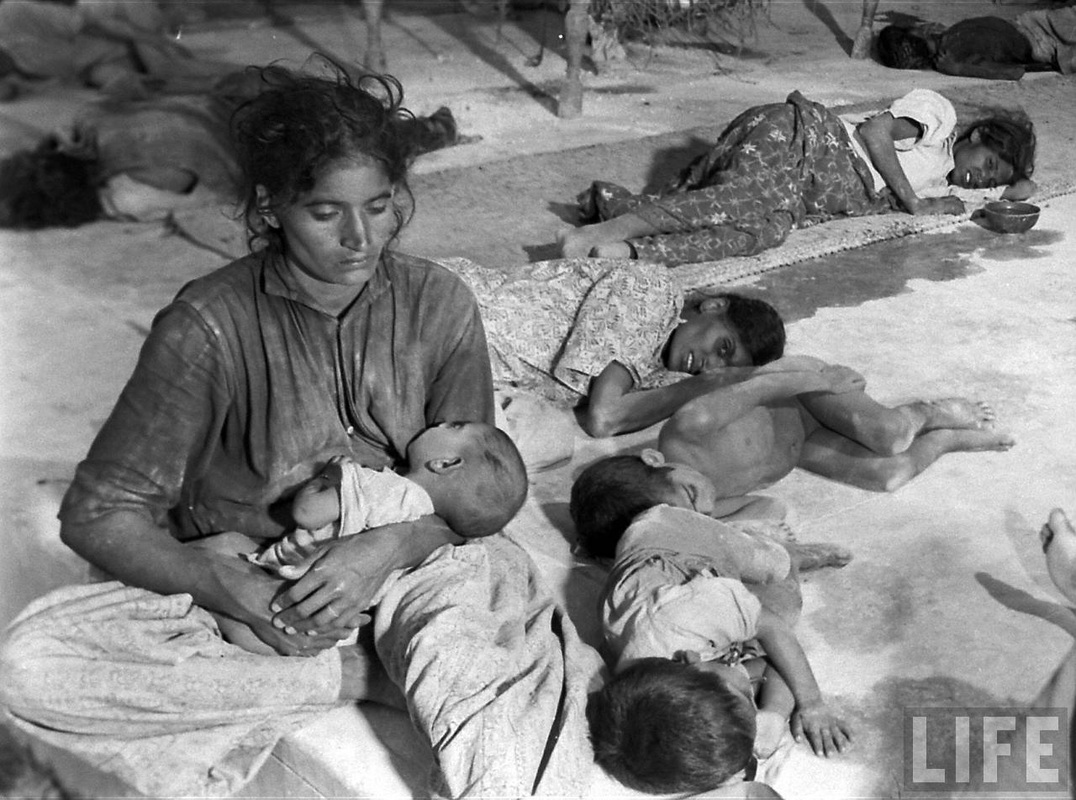 In 1947, an English lawyer who had never been to India and probably knew nothing of its history, geography and people, drew a line on a map of the Indian subcontinent and thus effected the partition of India. Probably no other event has caused such widespread human hardship  as the partition. Millions of people were forcibly uprooted from villages, towns and cities. Places that they had called home for centuries, suddenly became alien as they were  forced to become refugees in a foreign land. A land that they were now supposed to identify as their own only because of their religion. While millions undertook this journey in search of relative security for themselves and their families, many died and probably many more were left behind in a country that refused to call them their own. Amidst all the bloodletting and blood curdling screams of revenge, millions found themselves rejected as traitors by their old communities and treated as refugees by societies they sought to join.

The film Khamosh Paani (2003) is a story of one such Sikh woman who is left behind in West Punjab after she refuses to obey her father’s command and mother’s example by jumping in the village well. Soon, she is caught by the Muslims, one of whom marries her. She becomes a devout Muslim and raises a family, forgetting her past till one day it returns to haunt her. Her brother, an Indian now, was a part of a jatha of Sikhs allowed by Zia-ul-Haq to visit Sikh holy shrines. He discovers her and begs her to return to India to see her dying father. At this point, she asks him “Father wanted me to die… I ran away… Tomorrow when I die, to which heaven will I go?- The Sikh heaven or the Muslim heaven”… In the end, she jumps into the same well, which she had refused to jump into some 30 years ago when she had chosen life over suicide. She died a broken soul. Her own son, taken over by the tide of rising extremism in Zia’s Pakistan had called her a Kafir for not having rejected her Sikh roots. The Sikhs rejected her as she had forsaken the religion of her forefathers by becoming a Muslim. She was an apostate to both religions in spite of her trying hard to stay true to both her faiths. Her question- which heaven will I go to, remains as poignant as the story of her life.

This must be the tale of so many women and girls who would have been left behind in “enemy territory”. Used and exploited by men as the loot of war, they would have been subject to the worst of physical and mental tortures. Lakhs would have been dishonoured, thousands would have been killed, still many more would have fallen prey to hunger and poverty. And after all their travails, they would still not be accepted in their new abode. Can you imagine what an unbearable load life would have become for them? Unlike the comfort women of Japanese occupation of Korea, China and South East Asia during WWII, whose tales emerged as a strong symbol of all the wrongs of WWII, this subject has never received any serious attention, due also in part to the social stigma attached to such cases in the subcontinent.

As the generation which experienced the horrors of partition fades into oblivion, the stories of these women would probably die with them. In life, they never got justice, In death, may they get peace as a compensation for the vicissitudes that fate (and society) inflicted on them.

The Anshan Industry of Anna Hazare

An apology to Indian Muslims