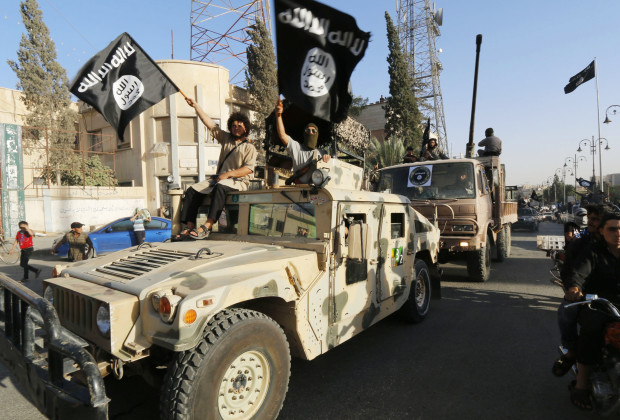 In 1979, as Afghanistan was being trampled under Soviet boots, the might of the Capitalist West united under the leadership of US to turn Afghanistan into the Soviet Union’s Vietnam. With every passing year, the US and its allies, notably Saudi Arabia pumped in money to create the monster they called Mujaheddin. With every Soviet helicopter downed and Soviet soldier killed, the Mujaheddin gained prestige and power. The Soviets pumped money and resources, but they were no match for the Afghans, indoctrinated against the godless Communists in Pakistani refugee camps. Then, Gorbachev came to power and winds of change started blowing across the Soviet Union. Afghanistan suddenly became a black hole from which the Soviets desperately wanted to extricate themselves. The Geneva accords were hastily concluded and the last Soviet soldier walked out of Afganistan in 1989, bringing the war to an abrupt end.

The war came to an end, but the suffering continued. Afghanistan found itself with millions of armed zealots who wanted to preach their brand of Salafi Islam at gunpoint. Within Afghanistan, they fought government and each other, but they felt stifled, as if their wings had been cut. In the meanwhile, the Soviet behemoth collapsed and the façade of unity that had bound the so-called ‘Unbreakable Union of the free republics’ fell apart. The Armenians and Azerbaijanis were at each other’s throats and the Muslim Caucasus was on fire. At about the same time, Yugoslavia imploded with Serbs, Croats and Bosnians ravaging each other. The Mujaheddin suddenly found themselves a job. Much like the Iranian revolution had spread political Islam in the Middle East, the Mujaheddin sought to promote their brand of Salafi, Saudi-style Islam to the newly liberated Muslim territories of the past. Bands of Mujaheddin swooped into Bosnia, Chechnya, Dagestan, Uzbekistan and even far away Somalia to create a Grand Islamic Emirate, a la Caliphate of the Islamic Golden period. Backed by their financiers in Saudi Arabia and their mentors in Pakistan, the Mujaheddins proliferated their ideas to unemployed and disenchanted Muslim youth in Europe, Asia and Africa, creating terrorists who ultimately struck at the heart of America on 9/11. From Kashmir to Kent, radicalized youth made terrorism a very live and real threat.

The US invaded Afghanistan to avenge for the 9/11 attacks within 12 years of Soviet withdrawal. The tables had now turned. Friends had become implacable foes. For more than a decade now, US and its NATO allies have propped up the Afghan regimes, much like the Soviet backed regimes of Karmal and Najibullah. The Americans have begun their phased withdrawal from Afghanistan, leaving behind a toothless administration, whose control does not extend beyond the cities. Unlike Karzai, who despised the Taliban, the new Afghan President realizes the mess in which the country is. The towns and the villages are still de facto controlled by the Taliban. Osama might have been killed, but Mullah Omar lives on. Al Qaeda may be weaker than ever before but many Afghans still swear by the conservative Salafi Islam exported by Saudi Arabia. Then there is the eastward extension of IS that has emerged as a threat to both the government and Taliban. And if all these problems were not enough, Afghanistan is populated by Afghans, Turkmens, Tajiks, Uzbeks, Shii Hazara, and others , thereby adding an ethnic complexity to an already checkered political spectrum.

If Afghanistan was to once again collapse into lawlessness, ruled by mobs of Taliban or worse still the IS, history will repeat itself. An entire swathe of territory from South Asia to Europe will be destabilized. From Syria to Afghanistan, vast tracts of Islamdom will come under the rule of Takfiris who will not hesitate to bring the sword down on those who they believe are Kafirs. More blood will be spilled in the streets of Grozny, Srinagar, Mogadishu, even London and Paris and probably even Islamabad and Riyadh.

The battle against IS in Iraq and Syria is already lost. The challenge there is to recover territory. The next war against IS could well be fought in the desolate landscapes of Afghanistan. All that needs to happen is for the Taliban and IS to join hands. In a matter of days, South Asia would be destabilized. Pakistan, already struggling with an insurgency that it has long used to destabilize Afghanistan could be overwhelmed. What then would befall India?

It is the responsibility of civilized states- Russia, China, US and India to avert this disaster. IS must be driven back, not because Syrians, Iraqis and others need help, but because IS is a double edged sword- the hand that holds it will bleed as much as those upon whom it is inflicted. Civilized states must overlook their petty differences and join hands to push the cause of civilization and liberty- it is the need of the hour.