Nowgong Chhatarpur: First smart city of India and History of the place?

Nowgong also reffered as Naogong tehsil in Chhatarpur district of Madhya Pradesh was the first smart city in the country which was built by the British. But Nowgong did not develop rapidly after independence, due to which this town remained confined.

During the British rule the city was the capital of the Vidhya region. In the year 1842 the city was established to defeat Maharaja Parikshit of Jaitpur. Here the British built a camp with their soldiers at a distance of 25 kilometers from Jaitpur by putting up tents.

After this, they preparing a strategy to surround Maharaj Parikshit, he destroyed the cantonment of Kathasadar with 12 funny cannons. Since then, Nowgong became a cantonment of the British rule.  Merchants were called here from every corner of India to meet the needs of the soldiers. Due to which the people of Gwal, Taylor, cloth merchant, cobbler and other communities were settled here to provide milk to the British soldiers.

And due to this region Nowgong is still known as Cantonment. Nowgong a beautiful city was built. In which 192 intersections which join each other road. Naogaon was also once known as Mini Chandigarh. 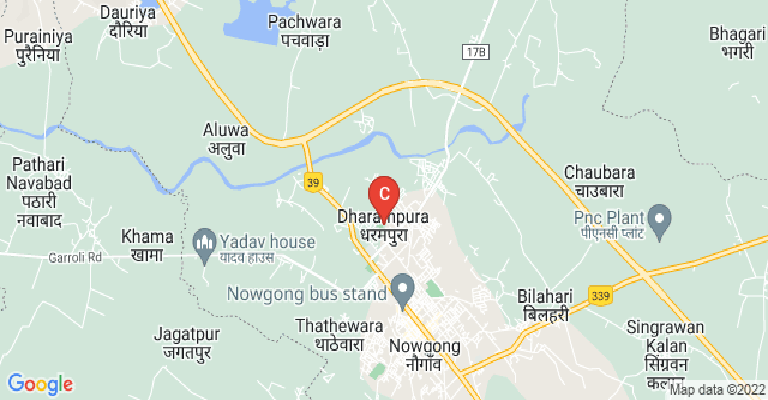 On 15 August 1947 After the independence of the country, Nowgong was awarded as the capital of Vindhya Pradesh. Before which Kamta Prasad Saxena of Charkhari was made the chief minister and the city remained the capital of Vindhya Pradesh for one year. There were all kinds of training centers in the city. But at present it is confined to Tehsil. 180 years ago India’s first smart city Nowgong was conceived in Britain.

Then British engineers had surveyed India. After this Nowgong was selected for smart city and the map was prepared in Britain itself. Then renowned contractors were given the contract to make the city a smart city. Where the city used to be a smart city during the British rule, today the big offices of the city have shifted to the state, division and district.

History of the city from 1842 to 1932 it used to be a British carpet conjugation. Political agenda used to sit in it. Under which the 36 princely states of Bundelkhand were governed.

36 houses and 36 bungalows were also built in the city for the kings of these princely states to stay. Which tells the history of the city. These bungalows also got demolished due to lack of maintenance.

Nathuram Sen, father of Dinesh Sen, the organizer of the establishment program behind the city’s bus stand, told that he was a supplier of food items to the jail during the British rule. At that time the rule was strict. The British used to hang criminals in the open in the prison built in the Polytechnic College campus located in the city. At the same time, the prisoners were punished in the dungeon built inside the jail.

The main reason why Shraddhas get attracted towards the Aftabs

MM Keeravani and Ilaiyaraaja, the musical maestros miles ahead of AR Rahman