by TFIPOST News Desk
in Analysis
1

India appears to have diffused the ticking time bomb of population explosion, as the total fertility rate (TFR) or the average number of children born to a woman over her lifetime, has fallen down below the replacement level to 2. According to data released by National Family Health Survey (NFSH) 2019-21, the replacement level (the level at which parents are replaced by their children) has been estimated at 2.1.

While the NFHS data has not compiled a separate religion column to make clear the fertility rates of respective religious groups that make up the population of India, a Pew Research report can help extrapolate the data better.

The 2015 Pew Research report gave the religion numbers, where it was suggested that Muslims were the most fertile of religious groups with a rate of 2.6. Meanwhile, Hindus were around the 2.1 mark with other minorities coming behind.

While the difference of 0.5 and that too in 2015 might not look rather drastic or alarming, it does raise certain points.

Hindu population has decreased after independence, Muslims have increased:

Also read: Almost 70% Of Kerala’s Population Were Hindus At the Beginning Of The 20th Century, Do You Know Where The Numbers Stand Now?

Christians, Sikhs, Buddhists and Jains, who together make up nearly all of the remaining 6% of the population, were relatively stable in their shares since the 1951 census. Statistical analysis of census and survey data shows that fertility has been by far the biggest driver of the religious change in the decades since the partition, with Muslims taking the cake.

Muslims will continue to grow with fertility rate above replacement level:

It is also important to remember that for every single percentage down, Hindus, owing to their large population, tend to have a large chunk of their population wiped, compared to Muslims.

Thus, the Muslims with their comparatively higher fertility rate still continue to replace themselves as well as the Hindus. Despite the absence of NFHS religion data, the estimates cannot be far off, taking a rough gander at the state-wise data.

States like Uttar Pradesh and Bihar have fertility rates of 2.4 and 3.0, respectively. According to the 2011 census data, Muslim Population in Bihar was 1.76 crore (16.87%) of total 10.41 crore, which somewhat speaks about the still prevalent higher overall fertility rates. The 2021 census data will further shed light on the current distribution of population. 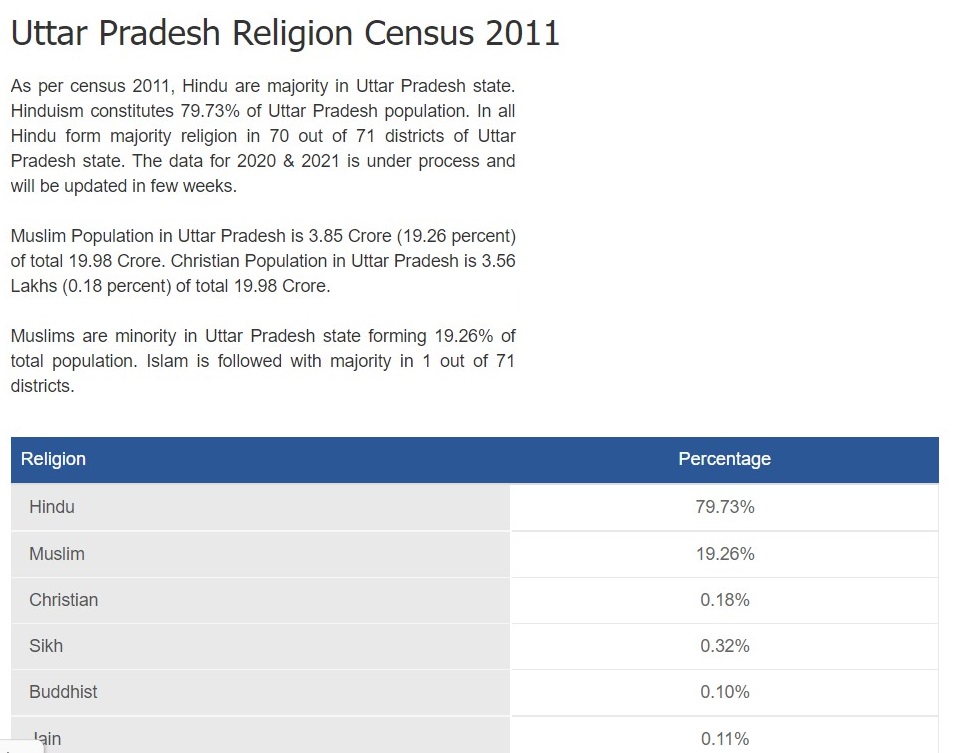 There is still a major chunk of Muslim population that is extremely backward and not prone to using contraceptives or educating themselves about the perils of regenerating at higher levels. Thus, the population control bill and its demand is a double-edged sword for the Hindus. They are already below the replacement level, with other minority groups like Jain and Parsis in even dire straits.

As per Allahabad High Court, oral sex with minors is not ‘aggravated sexual assault’