As the ‘Graveyard of the empires’ digs another one for the mighty Biden administration, Afghanistan stands at the cusp of returning to the Taliban era of 1996-2001. With Taliban’s top leadership offering prayers and distributing sweets at the Presidential palace in Kabul, China getting ready to cooperate with Pakistan backed Taliban, and Russia hinting at providing legitimacy to the terrorist group it is time we delve a deep into the life of Taliban’s Presidential candidate Mullah Baradar to see if his history offers any clue about the future of Afghanistan. 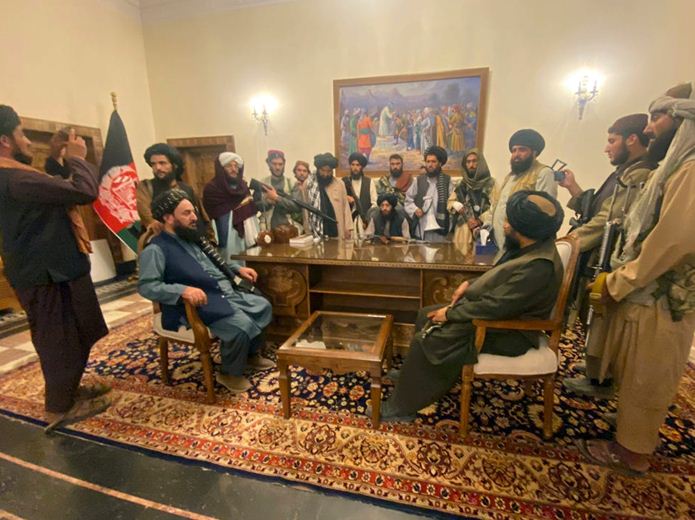 Mullah Baradar whose full name is Mullah Abdul Ghani Baradar was born in 1968 in Weetmak village of Dehrahwod district in Uruzgan Province of Afghanistan. A member of Durrani Pashtun of the Popalzai tribe of Afghanistan he shares his tribal identity with former Afghanistan President and the current leader of Popalzai Durrani tribes Hamid Karzai. With not much information publically available about his childhood, the years beyond his childhood are full of a militaristic and political roller-coaster. He was a fighter in Afghan Mujahedeen in their fight against Soviet backed Afghan Government in the Soviet-Afghan war. He fought mainly around the Panjwayi area of Kandahar.

It was during his days as an Afghan Mujahedeen fighter, he came in contact with Mullah Omar, the most dreaded face of the Taliban. During their fight against Soviet Russia, both Omar and Baradar became very close friends. Their friendship reached new heights with Mullah Baradar getting married to the sister of Mullah Omar. After the exit of the Soviet Army, Baradar opened a Madrassa in Maiwand, Kandahar Province of Afghanistan along with his commander Mullah Omer. Taking the advantage of the infighting of Afghani warlords, both Omar and Baradar decided to start a student uprising against them in 1994. Initially, it was comprised only of 50 students but slowly with the support of Pakistani ISI, it changed into a countrywide armed struggle. Within two years, the whole of Afghanistan was under Taliban(The Pashtun word for student).

Mullah Baradar played a variety of roles in the Taliban Government from 1996-2001. His roles varied and he played key parts in both military and administrative roles and was deputy defence minister when the Taliban was overthrown by US forces. Under his and Mullah Omar watch public executions, stoning was the norm in Afghanistan. Besides this, men were not allowed to trim beards, women were not allowed to work, Girls were not allowed to go to school, and Women had to cover their faces and had to be accompanied by a male relative while going outside.

As the US forces started to seize Taliban occupied Afghanistan, Baradar started to lead a fight against the Northern Alliance, a group tacitly supported by the USA. According to some unconfirmed sources, Baradar fled into the mountains of Afghanistan in November 2001, never coming close to be captured again until 2010. It is also believed among some circles that Baradar and Hamid Karzai were secretly close friends and a story reported by Dutch Journalist Bette Dam contended that Baradar once saved Hamid Karzai’s life when Karzai was fighting the Taliban. After the formation of the Hamid Karzai government in December 2001, Baradar went into complete hiding and kept raising small guerilla warfare against anti-Taliban forces. According to a report, despite being a fighter, Baradar kept on trying to have a civil negotiation with Hamid Karzai led government.

Baradar was arrested by the CIA on February 8, 2010, in Karachi. He was released in 2018 by the Trump administration as he was seen as a key component in intra Afghan talks. He was relocated to Qatar. In February 2010, Baradar signed the Doha agreement with the USA which paved the way for the withdrawal of US troops from Afghanistan. The agreement was to stop the Taliban fighters from fighting US soldiers and later a power sharing arrangement talk was supposed to be held between the Taliban and the civil Government led by Ashraf Ghani. As the events turned out, the Taliban kept fighting US troops on the eve of withdrawal and the presidential palace of Kabul was occupied in a violent struggle by the Taliban forcing Ashraf Ghani to leave the country.

Baradar is seen by western diplomats as a ‘liberal’ among extremists. Baradar’s image is of an astute political operator as well as an extremely mature and potent military leader. Westerners see him as someone resistant to ISI and amenable to Kabul. Diplomats’ beliefs and thrust on Baradar has not worked as nothing related to the Doha Agreement has been followed by the Taliban, and with Baradar being the top contender for the Taliban led Presidency of Afghanistan, the atrocities related to Taliban era are all set to make a comeback.