by Abhinav Singh
in Opinions
2

P Chidambaram – the PM choice of opposition for 2024?

If the 2014 and 2019 general elections and their outcome taught us anything, it was that Congress led by the weak shoulders of its party scion Rahul Gandhi was not only incapable of defeating Prime Minister Narendra Modi led NDA juggernaut, but it was incompetent to even mount a spirited offence. The battering was intense and perhaps should have invited an inward discussion but like an ostrich, Congress kept its head deep down the ground and continued to push Brand RaGa, devoid of any ideas. However, an interesting and rather bemusing wild card entry by a group of few elitists has just added little spice to the competition. If and when it coalesces is a different question altogether come 2024 LS elections but we certainly have a working theory. Let’s take it for a spin.

According to a report by the Sunday Guardian Live, a group of High Net Income individuals based in New York, Dubai, Hong Kong, Singapore, London and Kuala Lumpur, along with associates in India, have begun work on promoting the prospects of Congress leader P. Chidambaram to emerge in 2023 as the consensus choice of the opposition for the Prime Ministership in the 2024 polls. 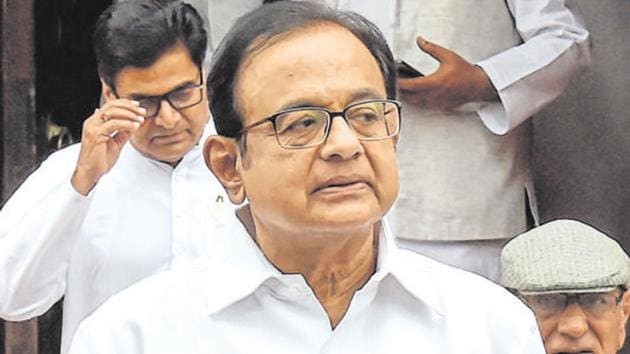 The report states, “The Group of Nine believes that the Congress Party leadership as an entirety understands the risk in once again promoting Rahul Gandhi as the party’s face in the 2024 polls. In their view, the best option would be to showcase three-time Union Finance Minister P. Chidambaram as the Prime Ministerial face of the Congress Party and work to get him accepted so as to form a joint opposition front to take on the BJP.”

Well, at first, the general reaction of everyone will be to bust a gut laughing but when the initial wave of serendipitous merriment subsides, one needs to understand where such a decision is coming from. The group has posited a theory that 2024 could be a repeat of the 2004 elections where the NDA lost when not many had expected it to.

The mirage of “India Shining” couldn’t materialize in reality and a mild-mannered Manmohan Singh, picked exclusively by Sonia Gandhi was pitchforked as the person to lead the country of 1.3 billion. Similarly, with the COVID pandemic turning the country upside down, the group believes that the effect of loss of jobs and the absence of significant recovery of the income will continue to be felt through the upcoming two to three years.

And thus, anointing a leader like Chidambaram could give enough time for the opposition to work its way through in challenging NDA.

Moreover, the ‘High Net Income’ group as described by the Guardian report is done waiting for Congress party prince Rahul Gandhi to come off age and weave his political magic. If politics is the wizardry world, then Rahul Gandhi certainly is the unfortunate muggle, who despite having the best resources at his disposal, doesn’t have the talent to rise anywhere near against the towering stature of PM Narendra Modi.

Read More: How to Cheat Your People, Embolden Traitors and Plot the Downfall of Your Country – Lessons by P Chidambaram

The fact that even Smriti Irani managed to beat Rahul Gandhi certainly doesn’t bode well for the latter’s chances to go for another sparring round with PM Modi.

The lobbying groups and industrialists of the Congress-led UPA Raj also want the days of the yore to come back where obtaining a coal license was as easy as a kid snaffling up candy at the store while his decoy friend engaged the shopkeeper in a conversation.

Seven years in and the NDA regime has been as spotless as a shining mantelpiece in a billionaires house. Removing red-tapism had been one of PM Modi’s core crusades and in the pursuit, he has made the lives of desperate and treacherous industrialists incredibly hard. Thus, they have turned to their known lieutenant P Chidambaram to turn the clock back.

All the big, heavyweight scams of UPA-1 and 2 occurred when Chidambaram was involved in some capacity or other in the cabinet. Be it the Aircel-Maxis deal or the Coal scam or the INX case, Chidambaram has often been in the close nexus of such businessmen. Thus it makes sense for them to project a leader of their own ilk as the face of the opposition.

Read More: What is the INX Media case: The scam that turned P Chidambaram into a crook on the run

A lawyer by profession, Chidambaram, unlike his party President’s son, is street smart and knows how to ply his trade when the equations are stacked against him. A shrewd leader who is certainly not as banal as Rahul Gandhi and certainly not like any regional leader who is not well-connected with different strata’s of the high-society.

The theory might not come to any fruition given the rigid structure of Congress but it should give Rahul Gandhi a jarring snap back to the reality that if he doesn’t clean up his act, the lobbying groups that fund Congress’ election chariot will hand over the reins to someone smarter and far more capable.

‘You should form your own party,’ Rajdeep Sardesai has a grand message for Rahul Gandhi as he struggles to keep the ship afloat