Congress keeps projecting Rahul Gandhi as a future leader, but the Gandhi scion never fails to disappoint. And guess what? Rahul Gandhi has let Congress down all over again. This time four States, namely Kerala, Tamil Nadu, West Bengal and Assam went to elections, along with the Union Territory of Puducherry. The electoral results are yet again unfavourable for the grand old party.

From Congress’ perspective, making a comeback in the state of Kerala was crucial. Rahul Gandhi, the heir apparent of the grand old party, seemed to focus more on South India than North India. Also, there is a long history of splits and factions in Kerala Congress and a poor performance in the South Indian state could lead to more such splits. At the national level also, the grand old party’s performance has been dipping constantly and another defeat in Kerala is the last thing the Congress would have wanted. 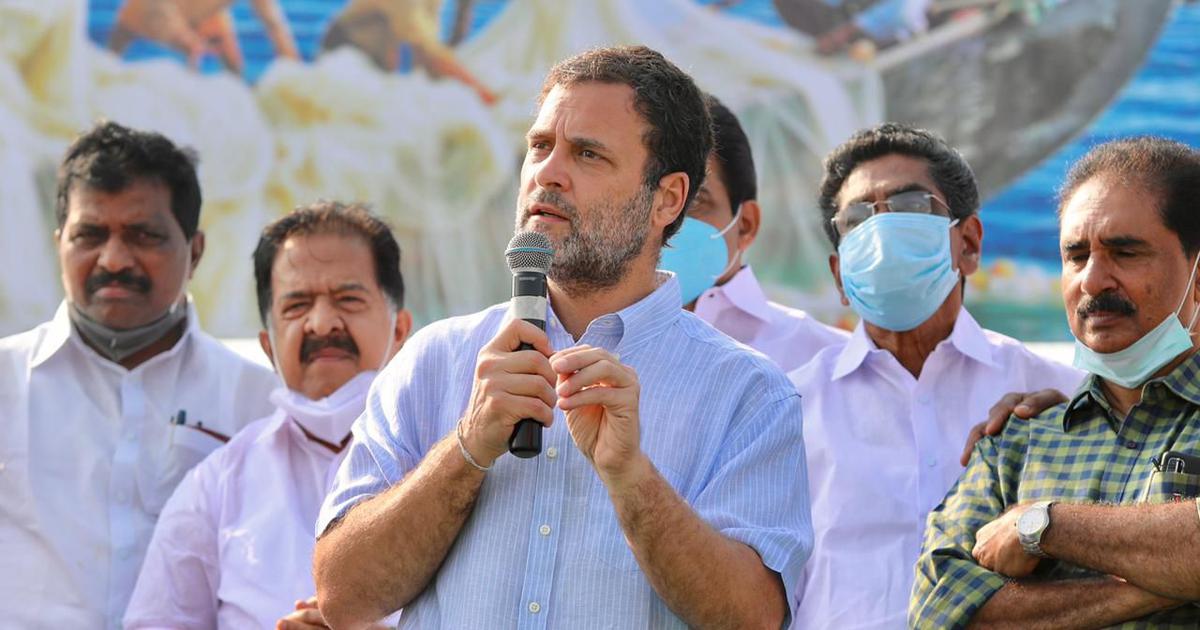 In one of his speeches in Kerala, Rahul had even said that the people in the state are interested in issue-based politics, unlike North India.

“My experience now since I have been an MP, I have also got to understand the wisdom of people of Kerala. For the first 15 years, I was an MP in the north. I had got used to a different type of politics. For me, coming to Kerala was very refreshing because suddenly I found that people are interested in issues and not just superficially but going into detail in the issues,” said Rahul Gandhi, addressing the people of Trivandrum.

Assam and West Bengal are technically Northeastern and North Indian states respectively. In Tamil Nadu, the DMK led the battle, while Congress played second fiddle to the regional party. So, it became clear that Kerala Assembly polls were the big opportunity for Rahul Gandhi to make a huge comeback.

Read More: No direct attack on Didi: Rahul Gandhi is still hopeful to ally with Mamata to keep BJP out of power in Bengal

Yet, the ongoing trends suggest that Congress-led UDF will manage to secure somewhere around 40 seats in the 140-member Assembly. The numbers are well short of the 71 seats which a party/ alliance needs to form government in the state. The CPM-led Left Democratic Front (LDF) meanwhile seems to be in a comfortable position and is likely to form government in the state with an overwhelming majority.

It is safe to assume that much of Rahul’s focus was on Kerala and in an ideal world, a Congress supporter would hope that a strong campaign by the Gandhi scion would help the party in at least improving its performance considerably. However, it seems that Rahul’s campaigns actually helped incumbent CM Vijayan instead of giving Congress any advantage.

Ultimately, Rahul Gandhi’s latest failure weakens the Congress in Kerala. The party has already faced splits and factionalism in the state. Now, don’t be surprised if Rahul-led Congress’ poor showing once again plays up chances of a split in the party in the Southern state.