The inside story: States are solely responsible for the deadly second wave for Covid-19 wave in India

There is no doubt that the Central government’s short-sightedness and carelessness of the people resulted in the unprecedented second wave of the Wuhan coronavirus pandemic and the only way out is vaccination at a rapid pace. While the state governments have largely escaped scrutiny as the liberal media has pretty much given them a free pass and allowed them to blame the Modi government for their own shortcomings. However, a Jagran report throws light on how despite the Centre’s repeated warnings and orders to ramp up testing before the second wave hit the country, the state government’s continued to be in their own la la lands as they wrongly felt that the Wuhan coronavirus is now a thing of the past.

A fact that simply cannot be stressed enough is that in India, health is a state subject. This effectively means without the co-operation of the states, there is only so much the Centre can do if it doesn’t want to get into micro-management and spoon feed the states. The liberal media darlings Maharashtra CM Uddhav Thackeray and Kerala CM Pinarayi Vijayan chose to invest in PR instead of containing the first wave which resulted in the Maharashtra and Kerala technically never coming out of the first wave as the cases of the virus kept on rising. 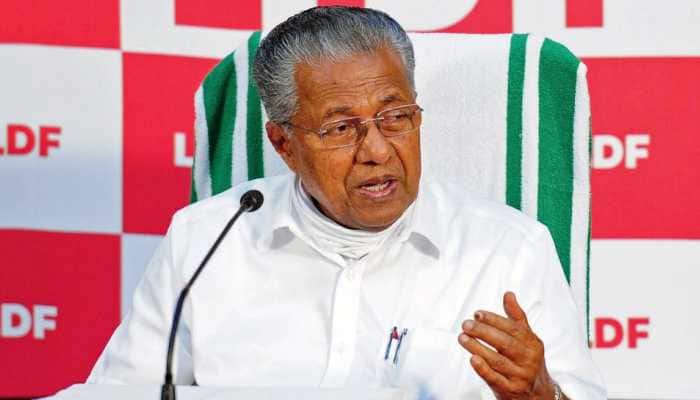 According to a Jagran report, the Centre informed the states of Kerala, Maharashtra, Punjab, Madhya Pradesh, Gujarat, Chattisgarh and Delhi at the onset of March that the states are testing less and even pointed out which districts needed ramping up in testing. In the intervening period between September 2020 and April 2021, Prime Minister Modi held six meetings with the Chief Ministers where he repeatedly warned them to not let down their guard against the virus.

The Health Ministry and its officials, between January and March, informed the states at least 24 times about the potential second wave of the virus, advised the states and even sent Central teams to help the states which were struggling against the virus.

Recently, the Centre on the floor of Supreme Court revealed that from 7th February to 28th February, 17 times talks were held between the Centre and the states over the Wuhan coronavirus.

The report quoted an official as claiming that while the country was coming out of the first wave of the virus, Kerala was firmly under the grip of the virus. In the first week of January, the Centre decided to send a high level team to the state with Kerala continuing to report high numbers for a month. At one point in time, 70-72% of cases of the virus came from the states of Kerala and Maharashtra.

As early as 27 February 2021, the states of Maharashtra, Kerala, Punjab, Rajasthan, Gujarat, Maharashtra were warned about a second wave of the virus as the Central government urged the states to ramp up testing. On 6th March, Delhi’s nine districts were flagged where the testing was low. Just a week later the states of Haryana and Uttarakhand were informed about the districts which were testing less. The message from the Centre was clear: Test, Track and Treat. However, it seems that the Centre’s plea fell on deaf ears.

Read More: Already facing the COVID crisis, Uddhav government is now even stopping the oxygen concentrators to other states

While health remains a state subject in India, the Modi government which enjoys a simple majority should have forced the state governments into action and if the state continued to not adhere to its advise, then inform the public and let the people pressure force them into action. What’s more disappointing is the fact that the Centre failed to implement its norms in the BJP ruled states of Gujarat, Madhya Pradesh, Uttarakhand and Haryana. So much for the so-called “double engine” government promised by the BJP.

The Centre is taking most of the blame of the second wave of the virus and rightly so, but the States have not covered themselves in glory and their inefficiency has resulted in this deadly second wave.

Modi Govt begins auditing of ventilators allotted to states. The result is going to be exactly like Delhi’s Oxygen audit