Another round of state elections around the country have culminated, however, the one constant of Congress losing has remained the same. If exit polls released recently are any indication, it appears that Congress is set to face defeats in Assam, West Bengal, Puducherry, Kerala whilst remaining an auxiliary ally in Tamil Nadu to DMK.

Riding on the popularity of Himanta Biswa Sarma, BJP is set for a second term in Assam while Congress, despite allying with a polarising Islamist figure like AIUDF’s Badruddin Ajmal has seemingly failed to make any dent. As for West Bengal, Congress never was in the fight, which is expected to go down the wire between TMC and BJP. In Puducherry, the BJP is coasting to a victory in all poll-pundits assessments. 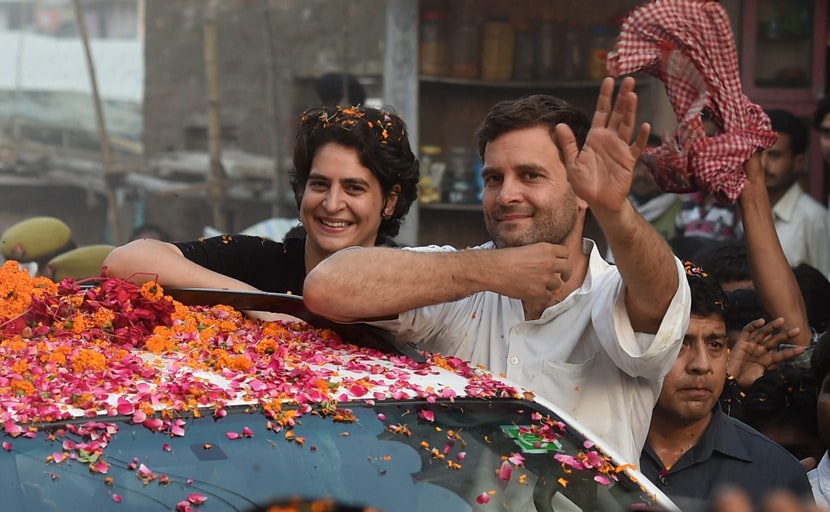 In the last five decades, the CPM led LDF and Congress-led UDF have ruled the state alternatively with no alliance getting a second term. As reported by TFI, the defeat will mean that the Congress party reign is over in the state and soon it will become a junior partner of the Indian Union Muslim League.

Thus, the only state where Congress has managed to save some grace is Tamil Nadu where allying with DMK might help the party get near the power corridors. However, just like Maha Vikas Aghadi government in Maharashtra, one reckons Congress would be reduced to a mere sidekick.

The pathetic showing of the Congress once again has cast aspersions over the top leadership of the party. Safe to say, congress scion Rahul Gandhi, who was harbouring dreams of getting the Party President position back, will have a hard time reaching for it.

Read more: If the results of Kerala elections follow the exit polls, it’s good news for the BJP as Congress is down and out

Sonia Gandhi is the current interim President with an election to the top party position slated to be held in June. It is important to note that elections were scheduled to be held earlier this year, but citing assembly polls as the reason, they were postponed. Party sources had remarked at the time that Sonia Gandhi pushed the presidential election to satiate the flaring tempers of the dissenters and also give a chance to Rahul Gandhi to prove his mettle.

Last year, heading the G-23 group, Ghulam Nabi Azad and several other senior Congress leaders had shot out an angry letter to Rahul and Sonia Gandhi, complaining about not having free and fair elections within the party. The letter, however, got leaked before the annual congress meet and an angry Rahul Gandhi went out on a prowl for the blood of those who penned the letter.

Reacting in the aftermath of the letter controversy, Azad laid bare his pain of not having any elected bodies in the party and the prospect of sitting in opposition for 50 more years. “For the last many decades, we do not have elected bodies in the party. Maybe we should have pushed for it 10-15 years ago. Now we are losing elections after elections, and if we have to come back we need to strengthen our party by holding elections. If my party wants to be in opposition for the next 50 years, then there is no need for elections within the party,” Azad had said.

And if Congress elects Rahul Gandhi once again, despite the dismal showing in the just concluded polls, the party will be digging a hole for itself, given it already hasn’t. The grand old party of the country finds itself in a unique predicament where it is not allowing the youngsters and deserving candidates to come to the fore and, simultaneously, not allowing itself to let go of the servitude to the ‘good-for-nothing’ Gandhi clan. The Gandhi surname inadvertently has only brought pain and suffering to the party members in the last 6-7 years, since Prime Minister Narendra Modi and his party came to power.

But the election results have crushed Rahul Gandhi’s hopes of becoming the next Congress President and, hopefully, a new face is allowed to take the centre stage to reboot the party.

Did Barkha’s father die due to Oxygen failure? The Ambulance driver denies allegations