by TFIPOST News Desk
in Opinions
2

After the spectacular victory of Mamata Banerjee in the 2021 West Bengal assembly election, the eyes of the opposition leaders and left-liberal establishment, who are, for the last seven years, are looking for a messiah who can defeat Narendra Modi, have rested on her. They have already declared Mamata Banerjee as the candidate of the opposition unity for the 2024 general election.

But, it is a no brainer for any political analyst that given the current situation, no regional opposition party stands against BJP. Moreover, not a single leader in the country enjoys enough popularity throughout the country to challenge Prime Minister Narendra Modi, who according to the recent India Today’s Mood of the Nation Survey, is the favourite leader of more than 90 per cent people of the country for the topmost post. 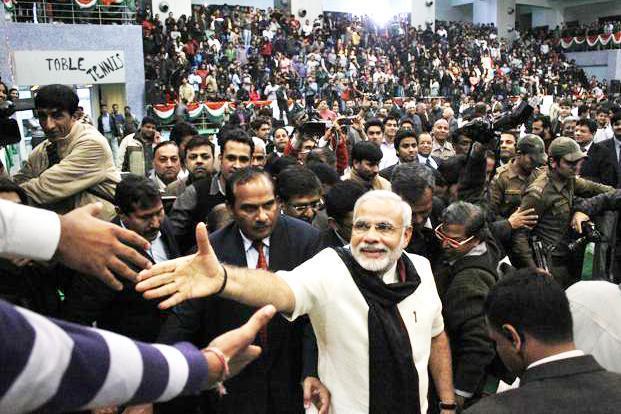 Mamata Banerjee tried to mobilize the opposition parties behind her even before the 2019 general election but no regional party listened to her. On the other hand, Congress, despite being nowhere near BJP in terms of vote seats, bagged 21 per cent of the popular vote, which is 17 per cent more than the percentage of popular votes bagged by Mamata Banerjee’s TMC (4.07 per cent).

The regional parties like DMK, Shiv Sena, TRS, YSRCP, BJD enjoy as much clout in their states as TMC in West Bengal, and they will never accept Mamata Banerjee as leader of the opposition.

Read More: ‘We will see you after central forces move out,’ Mamata Banerjee threatens BJP voters of dire consequences

Previously, before the 2019 Lok Sabha polls, Mamata had organised a massive anti-government rally in Kolkata’s Brigade Parade ground, which was more or less attended by every opposition party of the country. Those were the times when the infamous ‘Mahagathbandhan’ was slated to pose a major challenge to the incumbent BJP government in Delhi, with Mamata flagrantly claiming that the saffron party would not be crossing the 125 seats mark nationally. What a disaster that turned out to need no mention. Nevertheless, this is to say that Mamata has similarly tried her luck previously too, and has expensively failed at the same as the BJP was able to steal 18 Lok Sabha seats from under her nose.

So, if Mamata Banerjee becomes the leader of the opposition unity – of which the chances are rare – it would be easier for BJP to emerge victoriously. Even today, if there is one party that can challenge the might of BJP in a general election, it is the Congress party but as long as Gandhi’s are at the helm of its affairs, the saffron party’s position as the leading political party of India is safe.

Farmers of Punjab lose the plot, protest against lockdown amid surging cases of Coronavirus