‘Maharshtra DGP is putting pressure on me,’ Param Bir Singh makes another stunning revelation against the Uddhav govt

While Maharashtra continues to be firmly in the grip of the Wuhan coronavirus with the state administration continuing to fumble its way through the pandemic, it seems that the Maha Vikas Aghadi has collectively decided to focus on solving the blowback from the sensational allegations levelled by former Mumbai Commissioner of
Police Param Bir Singh. The former top cop has now alleged that Maharashtra DGP offered him settlement if he were to withdraw the complaint against former Maharashtra Home Minister Anil Deshmukh.

In yet another letter bomb, Param Bir Singh in his letter to the Central Bureau of Investigation (CBI) has alleged that the current Maharashtra DGP Sanjay Pandey told him that he would “settle” ongoing inquiries against him if he withdraws his complaint against Anil Deshmukh. 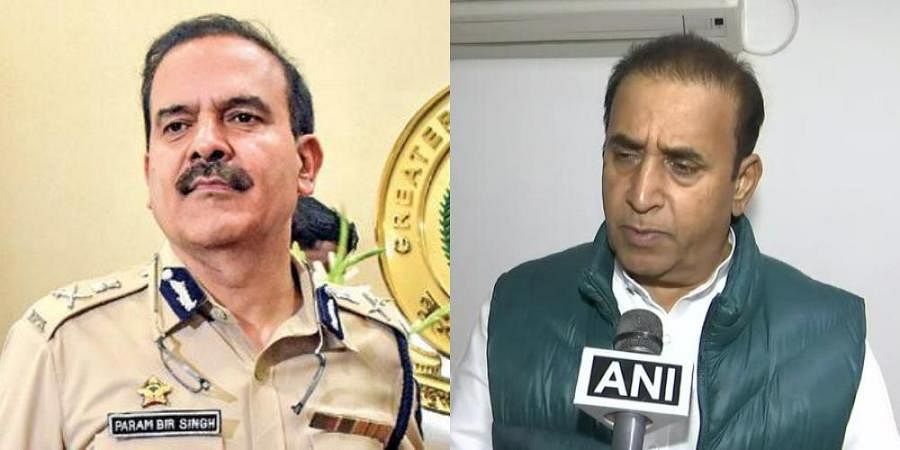 In his letter, Singh wrote, “He (DGP) advised me that he had fought the System for many years, but the fight is never a victorious one as the ‘System eventually gets you’. In his experience, he said, one can’t fight the System. In this light, he further added that the departmental inquiry dated April 1, 2021, initiated against me was one of the few actions being contemplated by the state government. The state government, he said, was also considering lodging criminal complaints against me.”

Singh further alleged that DGP Pandey advised him to “not fight the government even if I happen to be correct in taking a stand, as it would further cause me trouble and eventually take me nowhere”. According to Singh, Pandey also advised him to “withdraw” his letter that he had written to Chief Minister Uddhav Thackeray.

Read More: Param Bir Singh cost the Maha Vikas Aghadi their home minister. Now he will pay the price for it

Singh alleged, “He (Pandey) advised that if I withdrew the letter it would imply that the preliminary inquiry by CBI would become infructuous as the judicial order dated April 5, 2021, would be rendered meaningless.” Singh in his letter further alleged, “I may say that the prequel to my letter dated March 20, 2021, was a grave and sudden provocation resulting out of statements released by former Home Minister Anil Deshmukh against me, which had hurt me and thus as a result of the said grave provocation, I had addressed the said letter. He further advised me to say that I have now re-considered the contents of the said letter and take a stand that I have decided to withdraw the same.”

The allegations made by Param Bir Singh are serious in nature and shows the misplaced priorities of the Maha Vikas Aghadi government and how they will hound and vilify anyone who manages to cross them.

It is high time Delhi should be put under President’s rule!