A new dawn has cracked for the state of Assam with the appointment of star leader Himanta Biswa Sarma as the 15th chief minister of Assam by the BJP. For the past one week, the people of India, especially the residents of Assam have been waiting with bated breath to learn about who will lead the Northeastern state for the next five years. On Sunday, the wait ended with the announcement of Himanta Biswa Sarma being elected as the leader of the BJP’s legislative party in the state. The decision was announced by Union minister Narendra Singh Tomar along with the national general secretary, Arun Singh.

Tomar said that the candidature of Sarma as the next chief minister of Assam was agreed upon unanimously by the legislature party meeting of the BJP. On Saturday, both Sarma and Sonowal met the BJP’s top brass in Delhi. Himanta Biswa Sarma’s name for the post of chief minister was proposed reportedly by outgoing chief minister Sarbananda Sonowal and seconded by Ranjeet Kumar Dass – BJP’s State President in Assam. Himanta Biswa Sarma is expected to take the oath of office on Monday. 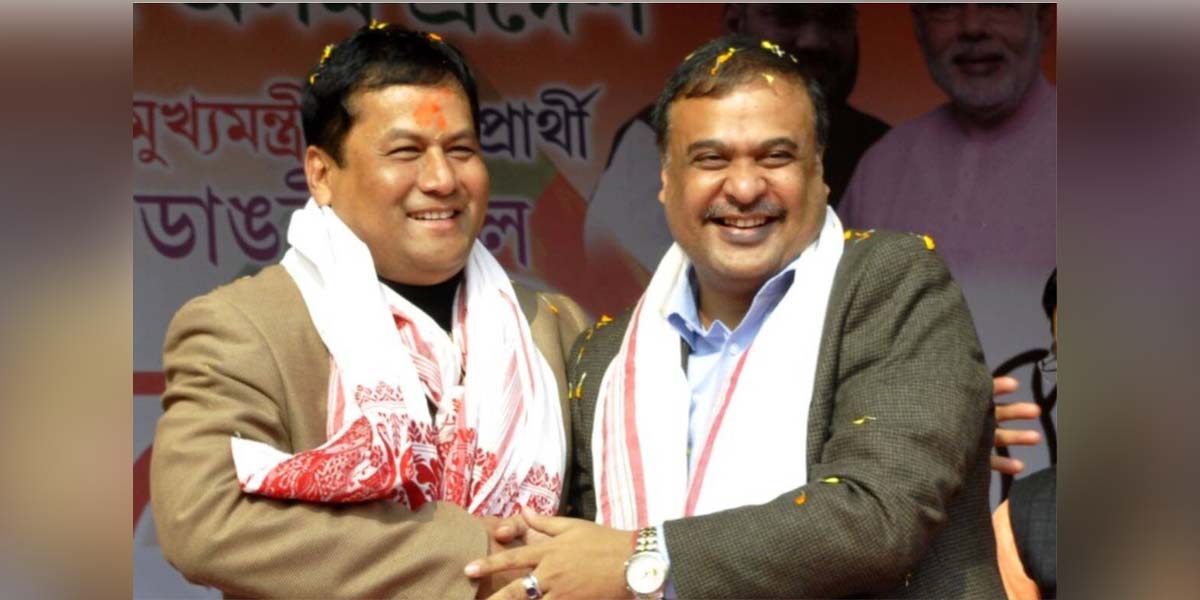 Himanta Biswa Sarma served as the Minister of Finance, Planning and Development, Health and Family Welfare, Education and PWD in the previous BJP government of Assam, led by former chief minister Sarbananda Sonowal. Himanta Biswa Sarma single-handedly led the crusade of making India’s Northeast a citadel of the Bharatiya Janata Party-led NDA. He has helped form BJP/NDA governments in all the seven states of the region – making Northeast India’s first Congress-mukt region.

Read more: Suvendu has emerged as the biggest anti-Mamata face in Bengal and BJP must follow the Himanta policy to oust TMC from power

The people of Bengal particularly will witness how their neighbouring state of Assam leaps forward on the developmental path, while the TMC makes a complete mockery out of the law-and-order system in West Bengal and fails to govern every step of the way. For those who have known the politics and working of Himanta Biswa Sarma, it comes as a given that Assam’s growth trajectory will not be a silent one. Rather – the state will now become a beacon of how governments ought to function and what they need to do in order to retain the support of the people.

Unlike Sarbananda Sonowal – who was a silent yet diligent leader who put the state of Assam on the right path of development and law and order, Himanta Biswa Sarma is far-thinking, strategic and profound in his approach to governance. Of course, he too is diligent, but in the next five years, Assam will lead as an impeccable model of governance which the country can emulate from. Sarbananda Sonowal worked behind the curtain, but Sarma will lead the state from the forefront.

This will inevitably have a bearing on the West Bengal elections of 2026, where Himanta Biswa Sarma will play a crucial role in the times to come. Like Yogi Adityanath, Sarma is all set to become a star-campaigner for the BJP across India. The man’s handling of the Covid-19 situation in Assam for the past year has already earned him admiration from across the country. Going forward, Sarma is set to profoundly impact the politics of West Bengal specifically, and also Eastern India at large.

With second tranche of investment from European Investment bank, Pune to get its metro very soon

Rahul and Sidhu vs Amarinder: Why Congress will be fighting against Congress in the 2022 Punjab election