Naveen Patnaik might not have the oratory skills to match other politicians of the country, but he is certainly among the smartest of the cohort. And, this is the reason that he has survived as the Chief Minister for more than two decades and his grip over the power corridors of the state remains unshakable.

In the last few years, the BJP has registered exponential growth in the state and bagged 38.37 percent votes in 2019. In the neighboring West Bengal, the saffron party would either win or become the primary opposition in the 2021 assembly election and the primary campaign theme has revolved around Hindutva.

Naveen Patnaik, who would face the party now in 2024, has started taking steps to bring back the voter base that is slipping towards the BJP. In the last one and a half years, Patnaik has taken a sharp turn towards Hindutva. Last month, Patnaik tabled a bill seeking the support of the house for the expenditure of 3,200 crore rupees on the Jagannath Heritage Corridor project. 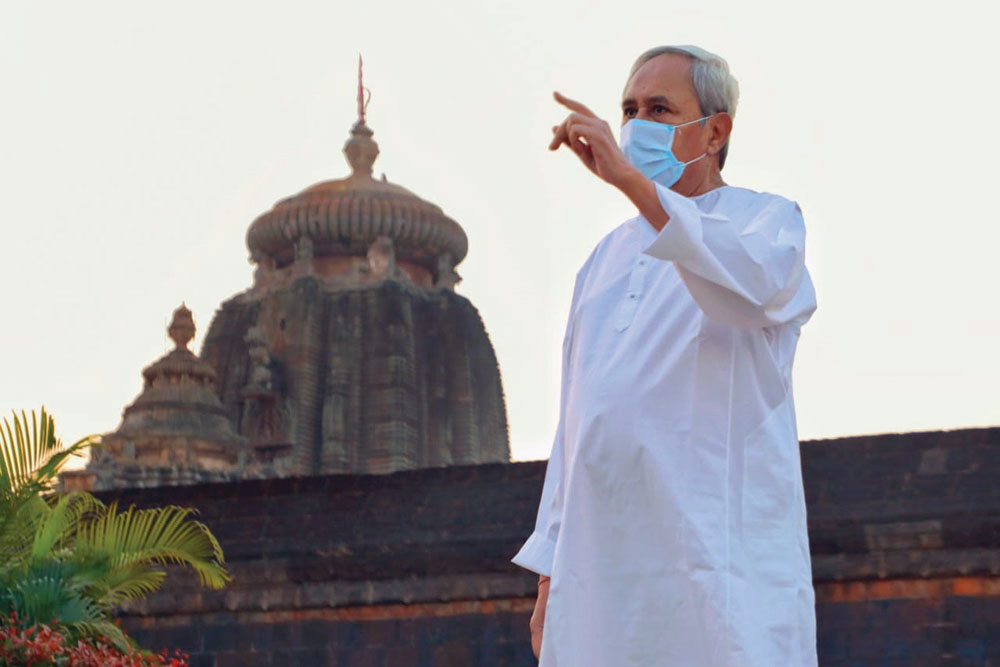 “The greatest identity of Odiya community is Lord Jagannath. Our history, culture, tradition, and belief system are all centered around the Almighty. Visiting the Jagannath Temple once in a lifetime and getting a glimpse of the Lord is the only prayer of millions of devotees. All devotees, who come to the Jagannath Temple in Puri to see the Lord, have a desire in their hearts to see deities in a calm, beautiful and spiritual environment. This plan is not only for the government or for the temple administration, but also the plan of 4.5 crores [45 million] Odiyas,” said Patnaik before the bill was passed with unanimous support from the opposition parties- BJP and Congress.

Read More: Harmony with centre: As always, Naveen Patnaik stood as an exception and participated in the 5PM5Minute event

Naveen Patnaik has not been a very religious person, but with the BJP’s rise in the state, he is already on temple run. Moreover, the leader is also taking steps to free the encroached land of temples and spending on their renovation from the state treasury as well as the temple’s own funds.

The Patnaik government is also taking steps to increase the corpus fund of the Bhagwan Jagannath temple from 650 crore rupees to 1,000 crore rupees with the sale of land owned by the temple administration outside the state which was being illegally encroached.

In a reply to BJP legislator Mohan Majhi, law minister Pratap Jena said, “The process to sell the land has been initiated on the recommendation of a committee formed under the chairmanship of former governor B.D. Sharma. The step to sell 35,272.235 acres of the temple land has been taken with the approval of the Shree Jagannath Temple Administration (SJTA).”

Jena added: “We have so far identified 60,426.943 acres of land belonging to the Shree Jagannath temple. Of this, 395.252 acres is located outside Odisha in states like Bengal, Maharashtra, Madhya Pradesh and Andhra Pradesh. Steps are being taken to recover the land and regularise the land records.”

Read More: Every Temple has a story: Remembering the crushing defeat of the Bengal Sultanate at the hands Odia forces

In the state budget 2021-22, 742 crore rupees have been allocated for the development of Jagannath and Lingaraj Temple (Bhubaneswar) by the Patnaik government. The religious turn of Naveen Patnaik is to sideline a resurgent BJP but in the end, Hindutva is winning in Odisha. And, this also signifies the smartness of Naveen Patnaik and enlightens the political observes about how he has managed to beat anti-incumbency multiple times.

InMobi: How a Bangalore based startup revolutionized Ad-Tech

‘Mistake has been made,’ Sanjay Raut stutters after Sachin Vaze case threatens to bring down Maha govt