After naxal apologist, Varavara Rao was recently granted bail, a Dalit and Tribal body based in Madhya Pradesh has written a letter to the Chief Justice of Bombay High Court and Supreme Court of India seeking a review of Rao’s bail order. The body also sought to probe Justice Shinde for allegedly possessing illicit assets. Justice Shinde was a part of the bench that granted bail to Varavara Rao.

According to Law Marathi, a group by the name of ‘Communist Hinsa Pidit Adivasi Dalit Sangharsh Committee’ has raised a storm by writing a letter to Chief Justice of the Bombay High Court and Chief Justice of the Supreme Court of India as the body seeks a review of bail order granted to Varavara Rao who is an accused in the Elgar Parishad-Bhima Koregaon violence case.

The body which is based out of Balaghat, Madhya Pradesh, in its letter has claimed that the decision to grant bail to Rao has irked the Dalit and Tribal victims of Naxal violence. The group adds that Rao is a well-known Maoist who has openly advocated and supported violent Maoists across the country in the past.

The letter stated, “Varavar Rao is a Maoist and openly advocates and supports violent Maoists across the country. We request all the Naxalite victims that the cases heard to date by Judge SS Shinde should be investigated by the committee of judges of the Supreme Court and the probable illegal property earned by Judge Shinde to date should be investigated by the Income Tax Department.” 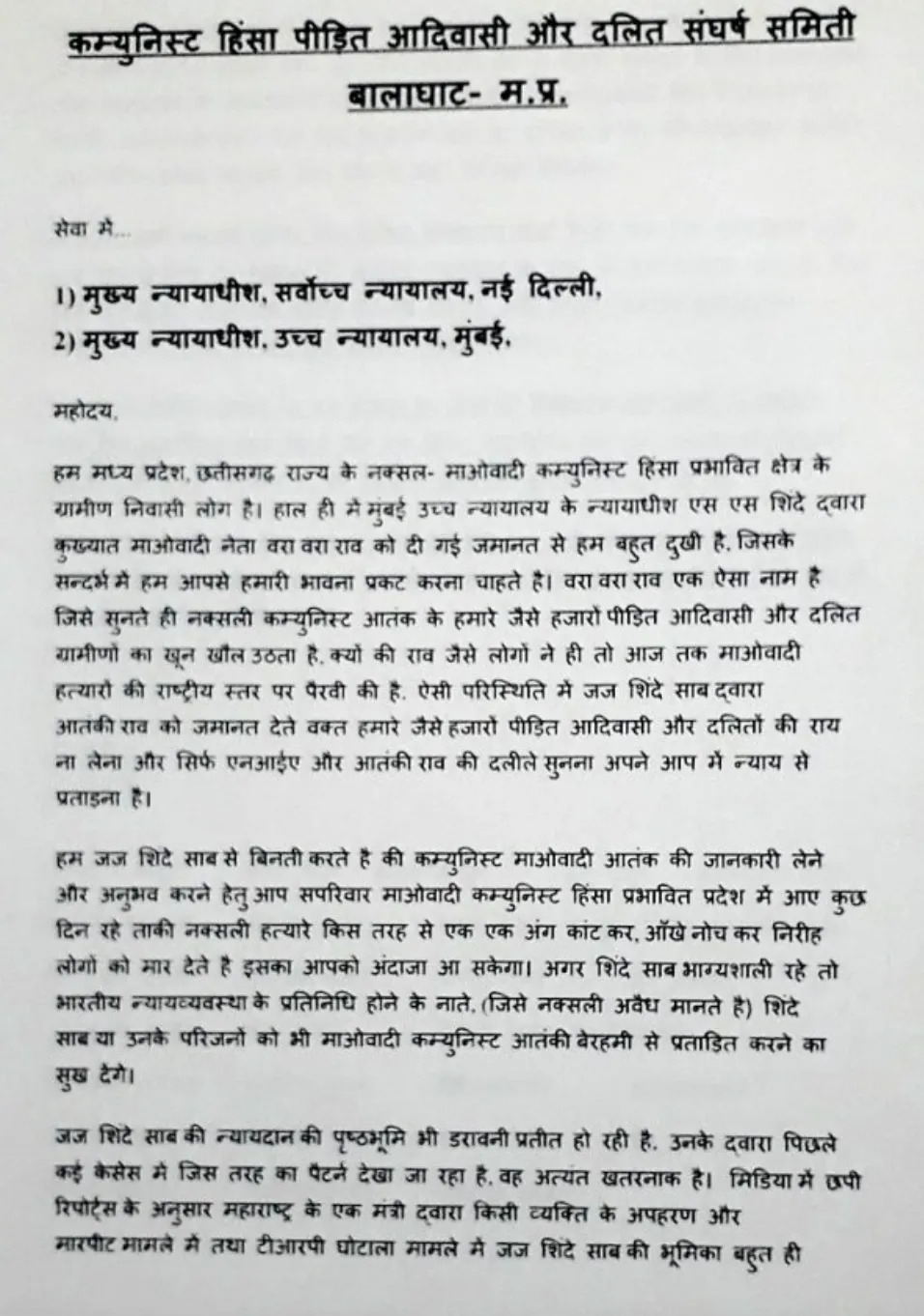 Perhaps angered by the decision, the group has sked Justice Shinde and his family members to come and live in the Naxal-affected areas and witness the atrocities committed by the Naxalites.

For the uninitiated, Varavara Rao is a Naxal apologist who in the past has justified Naxal violence and killing of Indian security forces. In 2018, a surrendered top Maoist operative Vetti Rama had confessed about Rao’s involvement in Maoist activities.

If the above allegations are to be believed, it proves the extent to which the MVA government in Maharashtra can go to protect anti-India elements like Varavar Rao. In such a scenario, the Supreme Court of India must intervene and investigate the bail of Rao and the allegations against Justice SS Shinde.