Having lost WeChat in US and PUBG in India, Tencent is the biggest Chinese loser after Huawei

The Ministry of Electronics and Information Technology has banned PUBG Mobile, a popular mobile version of PUBG video game. The original PC video game was developed by a South Korean company and remains active in India, but the mobile version which was developed and marketed by Tencent, the Chinese technology giant, has been banned by the government.

The press release by the Ministry of Electronics and Information Technology read, “The compilation of these data, its mining and profiling by elements hostile to national security and defence of India, which ultimately impinges upon the sovereignty and integrity of India, is a matter of very deep and immediate concern which requires emergency measures.”

This is the third successive ban on Chinese apps on the concerns of national security. The first ban was imposed on June 29, when popular video app Tik Tok along with 58 others were banned and on 27 July 47 clone apps of these apps were banned. This time, the government has banned PUBG along with 117 others.

India was the largest market for PUBG with more than 17 crore downloads and accounted for 24 per cent of its global market share. Out of a total of 224 Chinese apps banned so far, most of them were from Tencent, and the most popular ones except Tik Tok were also from the same company. With the Modi government’s aggressive stance against Chinese intrusion on the border, Tencent has lost its second-largest market which resulted in billions of dollars loss in its market value. 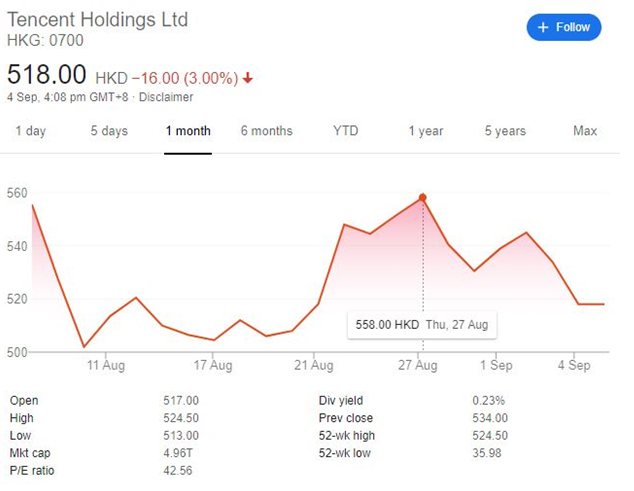 The company lost 34 billion dollars in the market capitalisation just a day after India banned 118 Chinese apps including PUBG. Amid the India-China border tensions, two Chinese companies hurt most are Huawei and Tencent.

The apps banned by India had been developed by Chinese technology giants such as Tencent (WeChat, PUBG), Alibaba (UC Browser), Xiaomi (Mi Community), and Bytedance (TikTok)- all of which are among the top 10 Chinese tech companies by revenue and market capitalization.

Most of these companies are directly or indirectly related to the Chinese Communist Party, as every company management has Communist party members on the board. Huawei’s chief is People’s Liberation Army veteran and an influential party member; Tencent chief was delegate at 12th party Congress, and Alibaba founder Jack Ma has also been very active in supporting the party.

Many companies such as Tencent and Tiktok’s founders had been delegates at the previous party Congress and have been actively involved in policymaking. Therefore, any loss to these companies is not just a loss to a company or country’s economy, but to the Chinese Communist Party itself.

With the Chinese companies losing India as well as the United States–the largest markets in terms of revenue and user base respectively–Xi Jinping’s hold over the throne will only get weakened. And, in the next few days, the attempt to remove Jinping from the position of the paramount leader of the country will be accelerated. Therefore, the aggression at the Line of Actual Control will cost Xi Jinping personally.

Kosovo-Serbia Peace: How Trump trumped both Merkel and Jinping in one go in the Balkans

In 2016 Carlsberg had promised to transform Bihar. But Nitish Kumar stuck a dagger in its CEO’s back