by Guest Author
in Economy
0

Food Corporation of India or FCI, a statutory body under the administration of the Ministry of Consumer Affairs, Food and Public Distribution, is synonymous with inefficiency. Loss, corruption, damage, wastage, these words are inevitable when someone talks about the infamous organization which directly employs more than 22,000 people and many others on contract.

Established in 1965, the organization guzzles down billions of rupees every year to procure farm produce on MSP and distribute it at a subsidized price. As of 2020, the total foodgrain stock with FCI is 2 and a half times more than required and the budget is around 1.5 lakh crore rupees- more than the total budget of the state of Punjab. The Union government has to pay 2.5 lakh crore rupees of FCI’s dues which it has taken from PSBs to procure grain at MSP and sell it at a subsidized price. 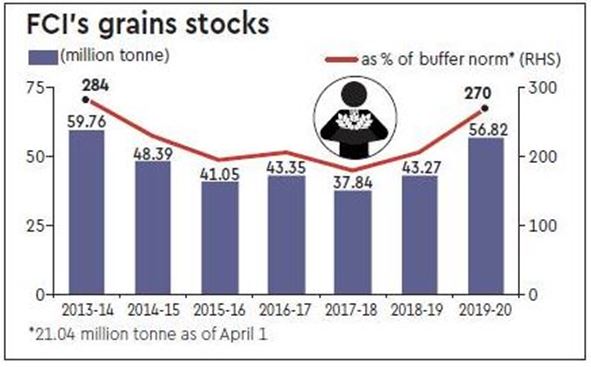 Given the Himalayan inefficiency at FCI, it is pertinent to solve the issues as soon as possible, otherwise, the government will be bankrupt just by paying FCI bills. With the three bills in the farm sector, the government has tried to solve the FCI issue partially. Once the agriculture sector is free from the monopoly of APMCs, the farmer will sell the produce anywhere in the country including in cities where the prices are much higher.

Once the agriculture sector develops a sophisticated market and private investment starts pouring into storage and transportation, the prices of the produce will automatically rise above the Minimum Selling Price (MSP). As of now, in the words of Agriculture economist Ashok Gulati, “Minimum support price has become the maximum support price.” 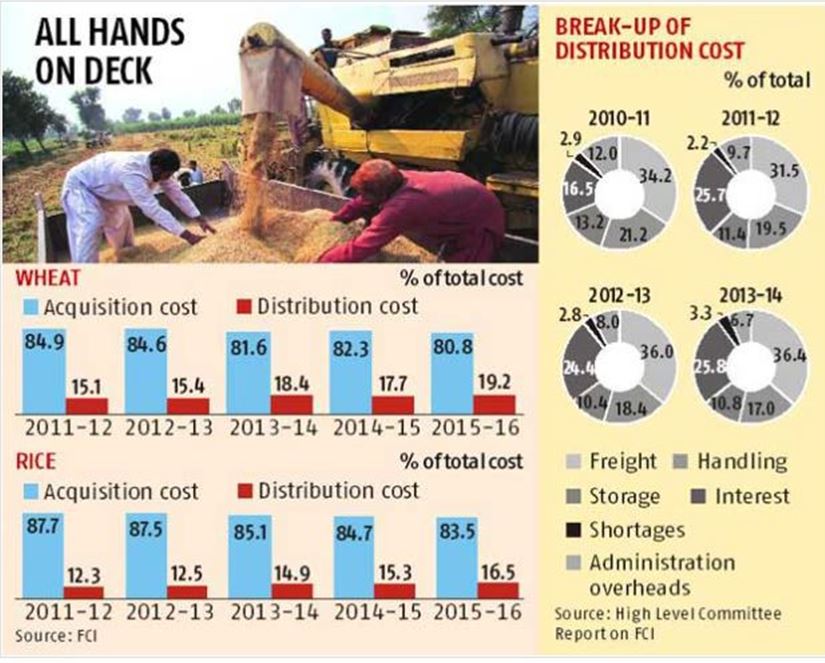 Once the farmers start getting higher prices in private selling, they will not sell the produce to FCI and the stocks of the organization, which are 2.5 times the prescribed limit as of now, will not go up. Moreover, with the private investment, storage and transportation facilities will improve and this will have a positive externality for FCI which spends around 20 percent of the total cost on distribution.

The three farm bills introduced by the government will definitely improve the performance of FCI over the next few years although they are not directly related to anything to do with the organization. With the government’s promise that MSP will stay, as Agriculture Minister Narendra Singh Tomar repeatedly said in parliament during the discussion, the inefficiency, corruption, damage, wastage will remain there. Like any other Public Sector company, FCI is inherently an inefficient entity. And, rats will continue to feast on FCI ’s grain as long as the government does not exit the agriculture sector altogether and scraps MSP business.

In the agriculture sector, almost everything- power, seed, irrigation, fertilizer- is subsidized on the input side, and on the output side, the prices are inflated through MSP. The government can stop subsidies on the input side as well as scrap MSP, and use that money- which will be at least 5 percent of India’s GDP- to directly transfer money to poor people, irrespective of the sector- agriculture or industry- they are employed in.

Agriculture needs to be treated like any other sector of the economy and the government’s job should be to create the essential regulatory framework, not to subsidize and waste the taxpayer’s money. The FCI needs to undergo serious reforms.

Love Jihad is now a mainstream term. And there needs to be open discussion about it

Post-pandemic, India is strongly emerging as an export hub

Powerless Gandhis and their Powerful chieftains: For Kamal Nath, Rahul Gandhi’s opinion is just his opinion