As the Indo-Pacific becomes the playfield of competition between China and the QUAD, small but strategically located Pacific Islands are becoming more and more significant alongside the emergence of new world order in the region. Whichever side wins more influence upon these islands will ultimately also win the battle for influence in the region. Every such Island has a strategic vantage point attached to it, and also a massive Exclusive Economic Zone (EEZ) allowing it to exercise massive influence in the strategic waterways. However, it is China that seems to have made the first move in the Pacific Island nations.

Traditionally, the Pacific Island region- a vast maritime zone stretching from Easter Island in the east to Hawaii in the north to New Caledonia and Palau in the west to Tonga in the south, has been a venue of strategic competition between China and Taiwan, but now Beijing is using its gigantic debt traps to increase its influence in the Pacific Islands. Beijing is poaching Taiwanese allies in the Pacific region, case in point being Kiribati where a pro-Beijing administration has simply snubbed Taiwan.

Meanwhile, the QUAD doesn’t seem to have made any substantial reaction but ultimately the QUAD will have to help Taiwan or take over from it if the strategic alliance wants to defeat China in the Indo-Pacific.

The strategic competition between Taiwan and the People’s Republic of China is an asymmetric game, with the latter enjoying a clear diplomatic advantage. Taiwan has been fast losing the few allies that it still has. In December 2016, for example, 22 States recognised Taiwan but the number has now dropped to 15. China has its eyes on the Pacific Islands because one-third of Taiwan’s remaining allies are Islands dotted all over the Pacific.

We know that Taiwan will not be able to sustain Beijing’s diplomatic powerplay in the region for too long. Kiribati, for example, cut ties with Taiwan last September. And now the pro-Beijing President of Kiribati Taneti Maamau who oversaw the switch of diplomatic loyalties has come back to power.

China has invested heavily in Kiribati to snatch it away from Taiwan. Apart from investing 8 million US dollars in a fish processing plant in Kiribati, Chinese companies have been involved in every other sector of the Kiribati economy. And today, it has managed to make the Island nation a Belt and Road Initiative Partner (BRI).

Kiribati sits at the centre of the Pacific region almost halfway between North American and Asia. Its strategic importance is such that during the Second World War close to 6,400 Americans, Japanese and Koreans lives were lost to rid Kiribati of the Japanese forces. Today, the Island stands right in between the US and China- the new age rivals. 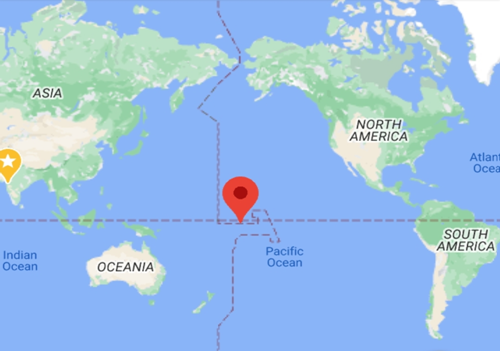 But Kiribati is not the only Island that has gone into China’s lap. Taiwan lost two island nations at the same time in the Pacific last year and the other one was the Solomon Islands. The Solomon Islands used to be Taiwan’s most populous diplomatically before it switched sides and established ties with Beijing.

China had, of course, purchased diplomatic ties with the Solomon Islands, which becomes clear from the Chinese investments that started pouring in after the Solomon Islands recognised Beijing. China is now looking to usurp these little Islands located in Oceania. China’s real estate giant China Sam Enterprise Group has, for example, proposed to lease Solomon’s Tulagi Island entirely.

Similarly, China State Railway Group is looking to invest 825 million US dollars to develop the island nations’ mineral resources. Ultimately, Beijing will debt-trap the country and rob it of its resources.

While two Pacific Islands were taken away by Taiwan, it was at least wary of two others- the Marshall Islands and Nauru, both of which are strategically located close to the American military bases of Guam and the developing Lombrum naval base at Papua New Guinea’s Manus Island. 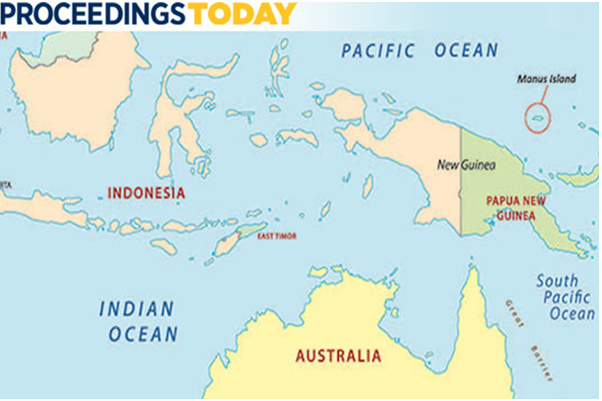 The Marshall Islands and Nauru had gone to polls last year, which is generally the most critical time for a drastic foreign policy shift in a country; especially in the small island countries are vulnerable to foreign influence. Fortunately for Taiwan, Nauru’s new President Lionel Aingimea decided to retain diplomatic ties with Taipei and the Marshall Islands’ new President David Kabua also went with Taiwan.

.@TW_Marshalls Amb. Hsiao congratulates David Kabua on his election as president of the #MarshallIslands. We look forward to continuing #Taiwan's excellent relationship with @RMI_Govt while jointly tackling key challenges & promoting inclusive prosperity across the #IndoPacific. pic.twitter.com/WeZqBICxmM

But the diplomatic upheavals in the Solomon Islands and Kiribati serve as a strong precedent of how quickly things can change in the Pacific Islands. These small island countries can easily get overwhelmed by Chinese loans and aid programmes. Ultimately, China intends to make new military bases in the Pacific region to boost its presence right outside the highly contested South China Sea. Most probably, these Island countries will fail to halt Beijing’s onslaught and militarisation unless the other giant called QUAD comes to their rescue.

And China will go about its job very surreptitiously. It has, for example, built a wharf on Espiritu Santo Island in Vanuatu for commercial ships, but the wharf is also capable of serving naval assets. Before the rest of the world knows, the Chinese PLA Navy will start hovering in the region and suddenly Chinese military bases will come up, if the QUAD doesn’t intervene with its aid programmes in the Pacific island countries.

As for the US, it might be of the false belief that it has already enough presence outside the first Island chain that locks the South China Sea with military bases in Hawaii, Guam and Lombrum. But now, if China pursues the Pacific Islands relentlessly then equations can change all of a sudden with Beijing finding unsinkable aircraft carriers in the form of small Islands close to the American military bases.

The Pacific Island countries have been longtime US allies, but now they don’t seem to figure in Washington’s strategic calculations. Therefore, despite sharing values of democracy and liberty with the US, these Pacific island countries feel compelled to look for economic engagement with an autocratic China.

Beijing, on the other hand, is hunting every single Pacific Island one-by-one and Taiwan though it has traditional ties in this region simply doesn’t have the political or economic heft to hold back the Dragon indefinitely. Ultimately, Taiwan will succumb and lose its influence in the Pacific region. It is now entirely up to QUAD to join hands with Taiwan and remove growing Chinese control in small Pacific nations.

‘Build a fortress, attack Buddhism,’ China is afraid of losing Tibet as India, US, Taiwan stand with the Dalai Lama