The US has been silently punishing Turkey for its Islamist belligerence. According to a latest Defense News report, four US Congress members were either individually or collectively blocking any defence sales to Ankara over the past two years. Embittered ties have led to Turkey getting expelled from the F-35 joint strike fighter program. Two other significant defence deals have also gone to the dogs.

There are many reasons behind the US developing cold feet about Turkey. It all seems to have started with a failed coup attempt on July 15, 2016, to overthrow the Erdoğan regime in the country, for which the Turkish President had blamed the West and the United States. Later, there was a confrontation over an American pastor’s detention by Ankara, following which the Trump administration had imposed sanctions on Turkey in August 2018. 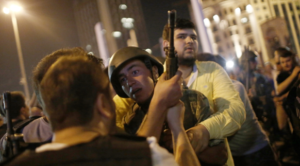 Sometime after the failed coup attempt and the American Pastor controversy, Erdoğan seems to have turned into a totalitarian, Islamist bully and by mid-2019 he became a major security threat for Turkey’s entire neighbourhood. After the US troops were withdrawn from Syria last year, Ankara went in with mercenaries to occupy Kurdish-held Northeast Syria, committing some heinous war-crimes in the process.

Trump had himself threatened to ruin the Turkish economy following Erdoğan’s unconscionable actions in Syria. Following the Syrian invasion, Erdoğan lost favour with the NATO. First, Germany and France announced a suspension on arms exports to Ankara last year; earlier this year, NATO turned down Erdoğan’s request for a no-fly zone in Northern Syria after Russia killed 33 Turkish troops.

Turkey’s relations with NATO and the Western world as such have further collapsed because of Turkey’s constant threats to flood Western Europe with refugees, belligerence in the Eastern Mediterranean targeting Greece- an EU member and the Libyan intervention supporting the Muslim Brotherhood government in Tripoli as against the Haftar-led forces that are supported by the UAE, France and Egypt. Moreover, the Hagia Sophia move has proved to be the final straw.

Ankara has become the biggest target of the Western world, and it is in this context that the US has been holding back the defence exports to Turkey. Ankara itself stands to lose the biggest supplier of its defence equipment. But Erdoğan’s problems don’t end here, because this is where the United Arab Emirates also comes into the picture.

While the US expelled Turkey from the F-35 joint strike fighter program, it is reportedly going to sell the fifth-generation fighter aircraft to the UAE. According to media reports, the White House could be rewarding the Persian Gulf country for making peace with Israel, a key US ally in West Asia. 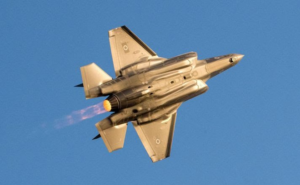 The US decision to stall military exports to Turkey and shift them to the UAE instead is a major geopolitical turnaround. This shows that the US is planning to boot Turkey out of the NATO alliance. Turkey has anyway been reduced to the status of namesake ally. On the other hand, the UAE might no longer be just an American partner in the region, and with the Israel move, it could get elevated to the status of a key American ally.

The UAE has been a major friend of the Western world and the European Continent all this while as opposed to a belligerent Turkey. While Turkey weaponises refugees, the UAE convinces African countries to hold back immigrants moving towards Europe from all parts of the Continent. And therefore, the UAE is bound to get rewarded with some mega defence deals.

In the long run, Turkey getting snubbed in the NATO is going to weaken Erdoğan’s firepower, but the most immediate impact is going to be felt in Libya. If Turkey is in for a long haul in Libya, and the UAE starts getting the F-35s, then it is going to make Ankara’s life difficult. As defence exports dry up, Turkey won’t be able to hold for far too long within Libya.

Thus, the US has its West Asia priorities clear and it seems that Ankara is going to be the biggest victim.

‘Kick Hezbollah out,’ The message from the West is clear as it gives aid directly to the Lebanese people